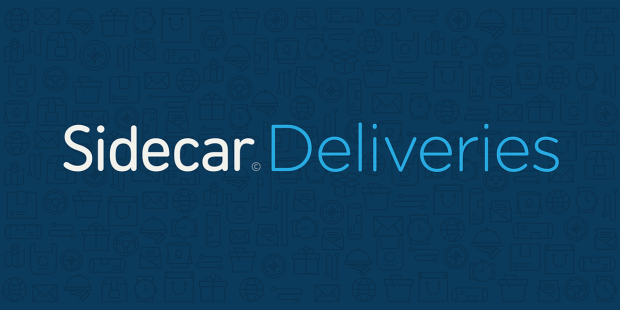 Sidecar is turning into a delivery company.

The San Francisco-based startup reported today that 25 percent of its total rides provided in the Bay Area are now deliveries, up 15 percent from last month.

In February, Sidecar rolled out its same-day delivery program that is built on the mobile-based technology and independent drivers which already power its on-demand transportation app.

Sidecar is working with e-commerce, food, flower, and grocery companies to deliver items that are often in the trunk of a car that’s also shuttling people around town. Sidecar said it can offer a cheaper price point and faster deliveries than traditional companies in the delivery industry.

“By integrating delivery with ride-sharing and our large network of drivers, we’ve created the fastest, most affordable and scalable delivery service for e-commerce companies,” the company wrote today. “This innovative approach to same-day delivery is a win for shippers, drivers and riders.”

Sidecar, which is teaming up with companies like Yelp for Sidecar Deliveries, also noted today that it is expanding its delivery service to Boston and Los Angeles.

“As of last week, when you order groceries in Boston, chances are a Sidecar driver will deliver them,” the company noted.

Sidecar is certainly not alone in the delivery space. Uber, for example, has tested a drug store delivery service, however it recently decided to stay out of the grocery delivery market for the time being.

There’s a host of other tech giants aiming to deliver products as fast and cheap as possible. Among them include Amazon, which in December introduced a one-hour delivery service for its Prime members and expanded its same-day delivery service in seven cities last year. The Seattle online giant has also partnered with the taxi-hailing app Flywheel to test package delivery in some markets.

In addition, eBay operates eBay Now in four markets — though it has scaled back plans for the service — while Google and Walmart have tried something similar. Startups like Instacart, Postmates, WunWun, and Deliv also offer ways for customers to have items delivered within 24 hours.

One key difference to note is that Sidecar is initially offering something geared more toward businesses with back-end logistics help, rather than a consumer-facing service.

While Sidecar is far behind Uber and Lyft in terms of capital raised and total users — the company is operates in 10 U.S. markets and has raised $35 million to date — it has been aggressive to push out innovative new services. For example, it rolled out a carpooling option called Shared Rides before Uber tested out UberPool and Lyft introduced Lyft Line. And now, it seems to be ahead of the game with its delivery service that combines people with products in the same vehicle.