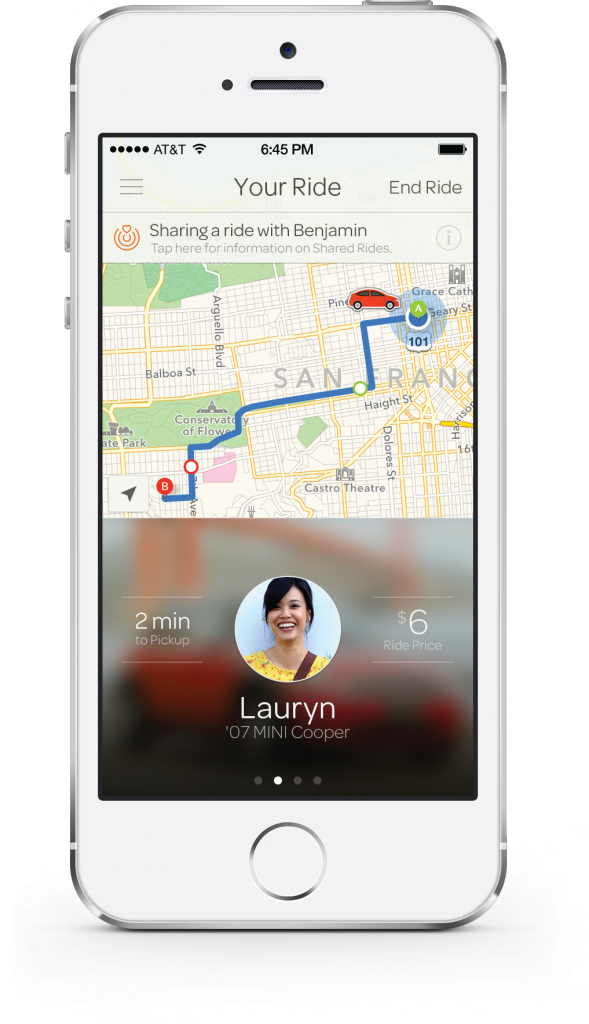 Uber and Lyft both made headlines today for introducing a new way for people to carpool with others who are riding on similar routes.

But contrary to some reports, Sidecar is actually a bit ahead of the game and has tested a “Shared Rides” feature since May. The company highlighted this in a blog post today, and noted that 13,000 people in San Francisco have requested a Shared Ride.

“The feedback from riders is fantastic — they’re overwhelmingly excited about saving money, and it’s a social experience,” Paul said. “On the other side of the equation, drivers are making more money when they do shared rides. The combination is really powerful.”

Sidecar plans to roll out the Shared Rides option for users outside of San Francisco by the end of the year. Meanwhile, Uber is still testing its own shared rides feature, called UberPool, in private beta. Lyft today introduced Lyft Line in San Francisco, with plans to expand into other cities soon.

All three companies are using the same strategy: The apps match people heading in the same direction and have them carpool together. Uber claims that riders can save up to 40 percent by carpooling; Lyft says 60 percent; Sidecar says 50 percent.

Sidecar, which hasn’t raised nearly as much capital as Lyft or Uber and is in just eight cities, also said today that its drivers are making an average of 40 percent more in San Francisco since Shared Rides debuted in May.

There’s also the social aspect to this new idea. While some may enjoy their privacy and own personal space — and also would rather avoid waiting to pickup other people — many have welcomed the idea of sharing a ride. In fact, 75 percent of people who used Sidecar’s Shared Rides said they had a positive experience.

“We’ve had great comments from people of how they’ve met interesting people and had great conversations,” Paul said. “Sidecar has always been a really friendly experience and this magnifies it even more.”

Paul isn’t surprised that Lyft and Uber are also implementing carpooling features into their apps.

“This just makes sense,” he said. “Already with this new innovation and price point, it makes more sense to use Sidecar than to own a car.”

Many have compared “UberPool,” “Lyft Line,” and “Shared Rides,” to riding a mini bus. But Paul said it’s a little different.

“It’s less like being on a bus, and more like being in a carpool with cool people,” he said.