eBay is again scaling back its plans to offer same-day delivery, with the removal of its eBay Now app from the iOS App Store over the weekend.

Until recently, eBay has been one of the more aggressive entrants in the same-day delivery market, going up against a variety of tech companies and startups, from Amazon and Google to Postmates.

Its eBay Now app allowed customers to get items delivered from a number of big retailers, like Best Buy, Toys R Us, Target and Macy’s, to their home or other location for only $5. As an example of how fast things have changed, last year, eBay marked down the cost of delivery to free for the holidays, and now this Christmas, the standalone app is being shuttered.

An eBay spokeswoman confirmed that the app is no longer available, however, she said that same-day delivery is still alive in limited markets. 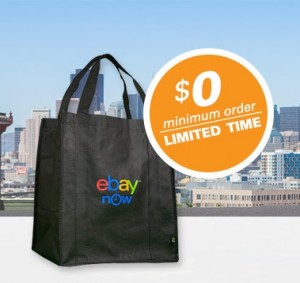 It will now be presented as shipping options during check-out on both the web and through its main eBay app. “Most shoppers start their journey by thinking about what they want followed by how they want to receive their purchase, so it’s always been eBay’s plan to move the same-day delivery experience to its core web and mobile experiences,” she said.

Existing eBay Now users will automatically be invited to launch now.ebay.com when they open the app.

In June, the San Jose-based company confirmed it was scaling back the number of markets it plans to serve from 25 markets by the end of this year, to only five: New York, San Francisco, the Bay Area, Dallas and Chicago.

TechCrunch reported the app was removed from the App Store this weekend, but a separate story by Reuters laid out which delivery methods eBay could be focusing on next. An executive told Reuters eBay was investigating enabling some of its smaller marketplace sellers, who make annual sales under $100,000, to allow shoppers to pick up items they buy online in participating stores, like Best Buy or Target.

The different approach could reflect the high costs of getting items to consumers in one day. In addition to operating its own fleet of trucks in some markets, for instance, Amazon has partnered with the postal service to keep costs low. Meanwhile, Google has announced a same-day service with pricing scheme that undercuts Amazon Prime fees by a few bucks.