LAS VEGAS – CES is the birthplace and deathbed of new TV technology. This year’s show proved no different, with all of the big manufacturers pushing the latest in television sets.

If you’re going to buy a TV in 2015, you will be hard-pressed to find sets that don’t support 4K resolution (3840×2160 pixels). 1080p sets will still be out there, but TV makers want you to buy 4K sets, despite a current lack of content and marginal increase in image quality for most viewers.

Looking closer at 4K TV technology, consumers are going to have to evaluate whether they want to pay a premium for some of the higher-end display technology. Samsung made a big push this year with quantum dot technology, introducing it under the moniker SUHD TV and essentially abandoning OLED in favor of quantum dot. Quantum dots are nanomaterials that are designed to absorb light of one color and emit it as another color. By applying of film of this material to the back of the screen, TV manufacturers are able to produce an improved color gamut and saturation at a lower cost than OLED.

OLED remains the most expensive display technology out there, and while it was at this year’s show, it was primarily LG pushing new OLED sets. It is going to be at least another year or two until manufacturing costs on OLED come down and bring it in to the mainstream.

In order to benefit from the very high resolution of a 4K, there is a need for more content and content creation tools. 4K video cameras like the Sony 4K Handycam and other professional video cameras on display should gradually ease the current lack of native 4K content. 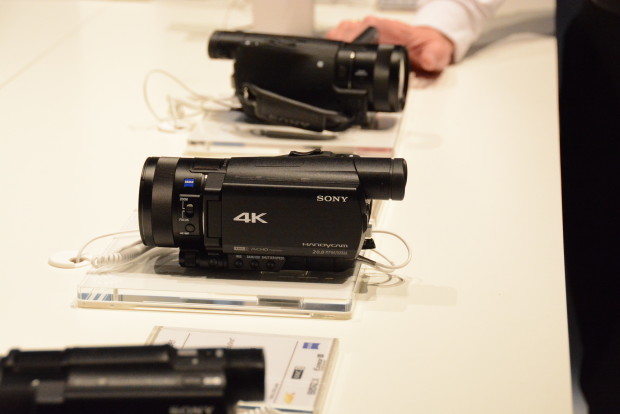 We attended all of the press conferences from the major TV manufacturers (Sony, Samsung, LG, Panasonic, Sharp) and didn’t hear a word about 3D. 3D glasses or demos were conspicuously absent from the show floor as well. Given the huge hype that 3D TV got at CES in year’s past, I think it’s fair to say that 3D TV is dead.

Most TV makers are pushing curved screens as a premium option, with Samsung even showing a giant 105″ bendable display. We remain skeptical of the value of a curved display to the typical living room viewer, though we do think PC users will have a large interest in curved multi-monitor setup.

Quietly lurking in all of the big TV makers’ booths were 8K sets (7680 x 4320 pixels). Little was said about these super-duper high resolution sets, other than as exotic display pieces. While TV manufacturers may master the creation of 8K sets, it is hard to imagine the content creation infrastructure catching up to that resolution any time soon, as they are just getting started creating 4K content.

Our favorite TV technology from CES 2015 was the short throw projectors on display in the Sony Life Space UX living room demo area. In fact, this might have been our favorite demo of the entire show.

Typically a video projector needs to be 6′-8′ away from its screen to project a massive image, meaning you’ve got to mount the projector someone on the ceiling. A short throw projector is able to accomplish the same thing from a couple inches away from the wall from a tiny form factor.

Sony’s demo showed a tiny projector that is able to create a 22″-71″ screen on any wall or even in the shower. A ceiling-mounted version in a bedroom was no bigger than a standard light fixture and projected a giant screen right on the ceiling above a bed.

The living room version was unbelievable. A modest pedestal just a couple inches from the wall was able to cast a giant 66″-147″ 4K image on the wall. 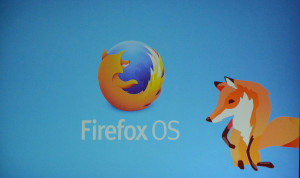 Samsung debuted its new Smart TV OS based on the company’s in-house Linux distribution, Tizen. LG is committed to WebOS. (Yes, that WebOS.) Sony re-emphasized their use of Android TV, touting familiarity of Android to smartphone users. Sharp also continues using Android. In the most interesting twist of 2015, Panasonic introduced the first TVs built with the Firefox OS.

While we applaud efforts to do away with clunky TV UI, our guess is that most consumers aren’t making their TV purchase decisions based on the OS that the TV runs, rather they are driven by price point, size, and perceived image quality.