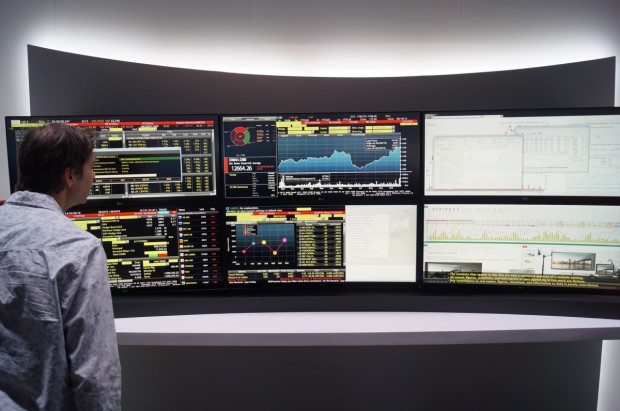 LAS VEGAS — Curved screens are everywhere at CES this year, from smartphones to television sets. But the curved displays catching our attention on the show floor are computer monitors, and there are lot of them.

Although we remain skeptical about the benefits of curved television screens, the demonstrations of curved computer screens are impressive, particularly in multi-monitor setups. For example, Samsung is showing an immersive gaming environment with three curved monitors (below) and LG is showing a massive wall of six curved monitors, being used as a business and investing dashboard. 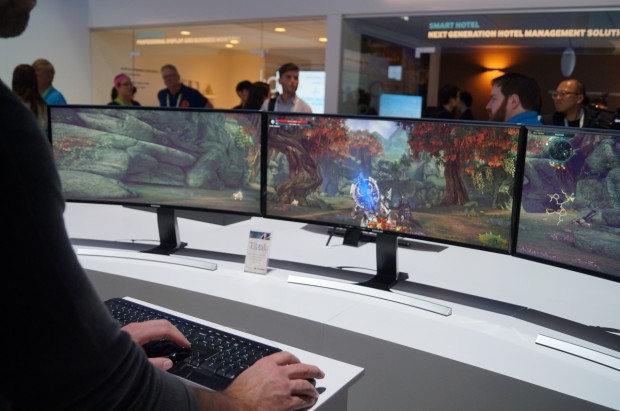 In short, after trying out various setups, we’d love to have these on our desks.

Apart from the appeal of wrapping your work or gaming environment around you, there’s a benefit to having the radius between your eye and the screen remain consistent, potentially reducing eye strain.

These babies don’t come cheap. LG’s 34-inch curved display sells for $1299.99, while the new Dell Ultra Sharp 34 curved monitor (below) sells for 1,199.99. Samsung representatives in the booth said the company’s new curved monitors will come out in the first half of the year, at a price not yet announced.