LAS VEGAS — Watching a live sporting event on TV several years from now might look and feel a bit different.

At Panasonic’s big CES booth in Las Vegas this week, the company was showing off new sports analytics technology that it announced late last year in a partnership with SAP. We had a chance to check out the innovation, and came away impressed.

Panasonic wants to install four ultra-wide-angle HD cameras in soccer stadiums and use real-time stitching to create a 64:9 panoramic video. These cameras track individual players in real-time — no sensors need to be worn — and thanks to SAP’s analytics software, can calculate a bevy of interesting statistics, like total distance run, ball possession time, balls won, pass completion, and other similar numbers. 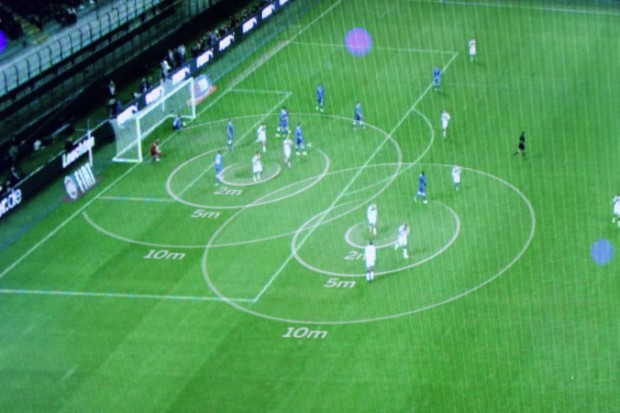 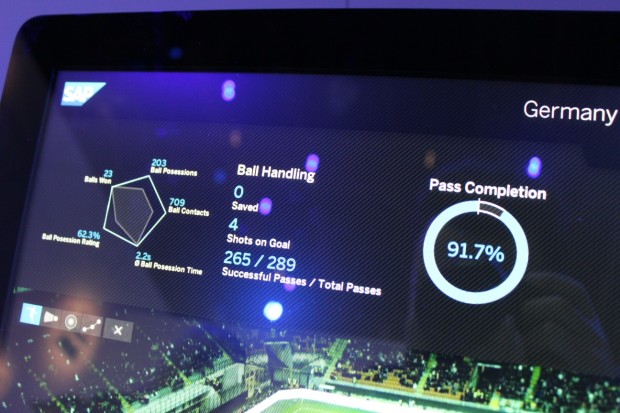 Panasonic showed the technology in action from a Germany vs. Italy soccer match last year with a TV that let us touch each player to see related stats or go to specific highlights in the game. It was fascinating to easily access such rich information so quickly with a simple touch. 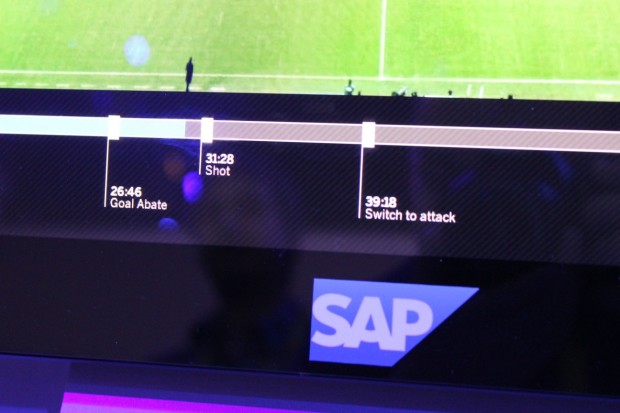 Elena Vavitsa, a spokesperson for SAP, said that the initial target market for the technology is sports teams and leagues. Coaches and trainers, she said, could analyze the video and data at halftime and make adjustments during a game, for example. Vavitsa noted that a prototype of the technology was tested by the German national soccer team during last year’s World Cup, and added that the tracking system could be used for other sports like hockey and football. 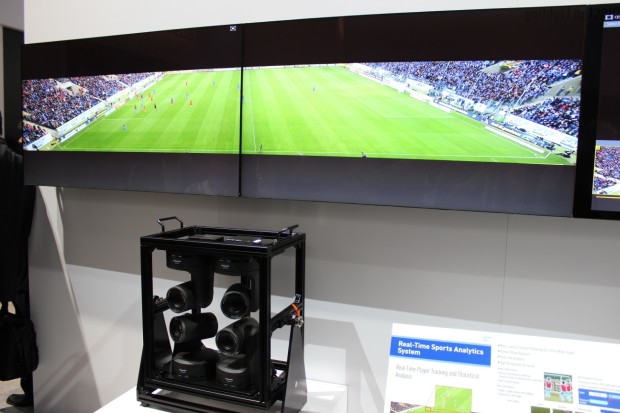 Beyond internal use, this information could also be used by broadcasters during television broadcasts to give viewers a more detailed analysis of what’s going on. However, there could be issues with teams using the data for their own use versus releasing that information to the public. It’s something that the NFL is dealing with as it tests its own new player-tracking system this season with small RFID tags embedded inside the shoulder pads of every player.

Panasonic and SAP aren’t the only companies trying to track athletes during games. Last year, the MLS installed three cameras in every stadium to track player movement. The NBA did something similar, too, when it signed a deal with STATS last year to gauge player fatigue, movement and other information not previously quantifiable.

This is yet another example of new technology being used in sports to help make strategic changes and improve player technique. We’re seeing it already in the NFL, with players and coaches using Microsoft’s Surface tablet to review past plays on the bench. And at CES, this trend was prevalent from the sensor-laden basketball that helped improve our jump shot to learning about the German national soccer team using wearable trackers to make important strategic in-game decisions during the World Cup.