LAS VEGAS — Nearly all of us who play basketball would love to have a better jump shot. Now, technology is helping make it happen.

One of my favorite gadgets so far at CES is a smart, sensor-laden basketball called 94Fifty which essentially acts as a virtual coach that helps improve your shooting technique. 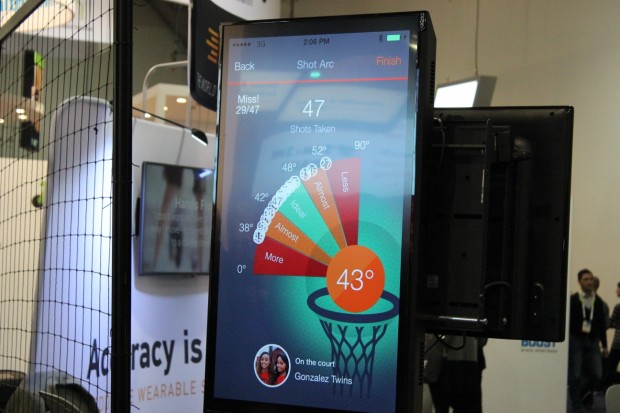 Developed by a Ohio-based startup called InfoMotion, the ball itself looks totally normal from the outside with a leather, waterproof exterior. But on the inside is where the magic happens, as a motion processing algorithm detects forces applied to the ball — spin, acceleration, etc. — and immediately spits out feedback to a companion app via Bluetooth.

The most helpful statistic is arguably the degree of your shot’s arc, which, according to the company, should be in the 42-to-48 degree range. The app allows for audible cues, so you can wear headphones while you shoot around and listen to feedback after every shot. 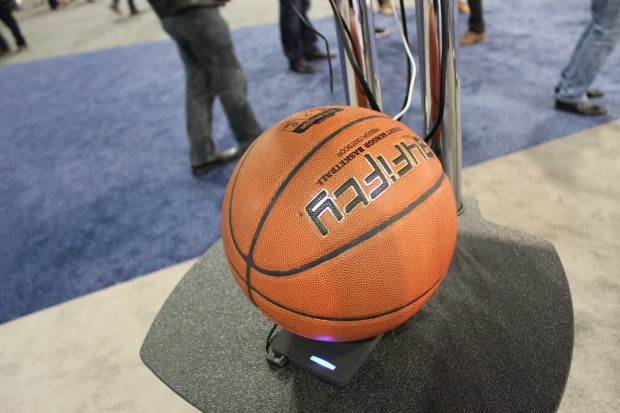 “As long as you’re in that range, statistically you have a better chance of the ball going in,” InfoMotion president Mark Davisson said.

The technology, which won a CES 2015 “Best of Innovation” award, can also measure backspin, shot release speed, and dribble intensity. The ball itself has a battery life of eight hours, charges wirelessly, and works in a range of up to 90 feet from your mobile device. There’s also a “smart net” that InfoMotion makes which can track how many shots you sink.

The ball retails for $179.95, while the net will cost you $19.95. However, 94Fifty’s website notes a backorder delay until this summer for the ball.

This innovation is a good example of how sports companies are using sensor technology to help improve technique. A similar startup is Zepp, which is also here at CES and develops a sensor that provides feedback on golf, tennis, and baseball swings.