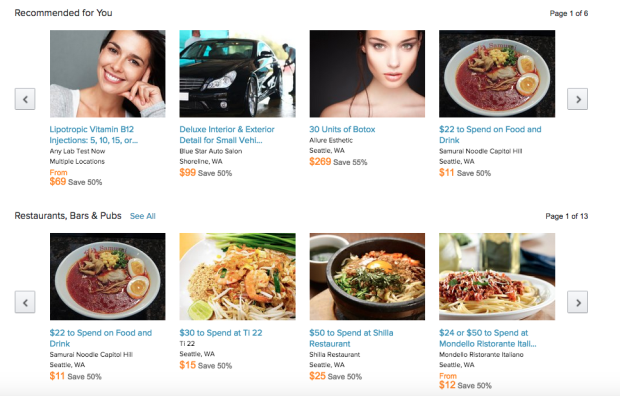 Amazon is shutting down its daily deals program and discontinuing the Amazon Local app along with it.

The Seattle online giant announced today that it will stop selling daily deals on its Amazon Local platform starting Dec. 18.

“We’ve learned a great deal from the daily deals business and will look for ways to apply these lessons in the future as we continue to innovate on behalf of our customers and merchants,” a company spokesperson told GeekWire.

Amazon told GeekWire that starting Dec. 18, “you will no longer be able to reinstall or download the Amazon Local app if you switch devices or uninstall the app.”

Amazon Local launched its daily deals service in 2011, initially working with LivingSocial (which Amazon invested in but later took a $169 million write-down on the investment) to offer discounted services on food, vacations, entertainment, and more, competing with companies like Groupon that offered similar packages. Amazon later added other capabilities to its Local platform, like allowing customers in Seattle to order food for carryout.

The Amazon Local service is currently live in 40 markets across the country.

Customers will still be able to redeem purchased vouchers after Dec. 18, while Amazon’s Deal of the Day, Gold Box Deals, and Kindle Daily Deals will still be offered. The company did not comment on if it plans to offer daily deals elsewhere in the future. 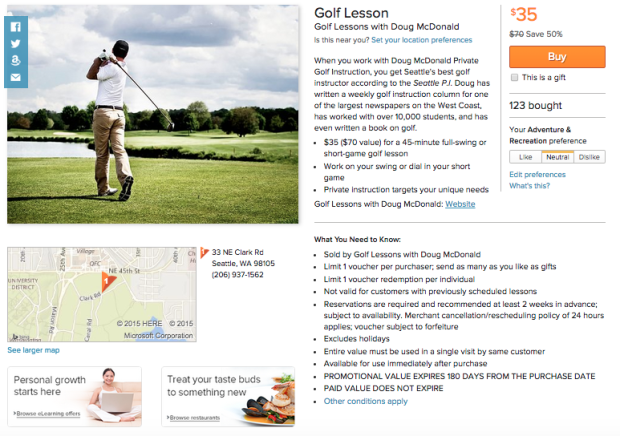 On Amazon Local’s help page, the company notes that it “still helps connect customers to local businesses through a variety of offerings – including Amazon Home Services and Prime Now Restaurants.”

Last month, Amazon rolled out its new Prime Now restaurant delivery service to customers in Seattle and in Portland a few weeks ago. That service differs from the food delivery service Amazon Local offered, which required restaurant employees to deliver items versus Amazon’s own drivers.

Earlier this year, Amazon launched its Home Services program, which enables customers to not only buy water heaters and TV wall mounts from the retailer, but also find someone to install them. Home Services is now available in 15 cities.

These changes are part of a broader shakeout in the daily deals market. Groupon, an early pioneer in the industry, eliminated 1,100 jobs across the company and exited business operations in seven countries last month. The company, which operates a large development center in Seattle, has seen it shares fall 39 percent over the past year.