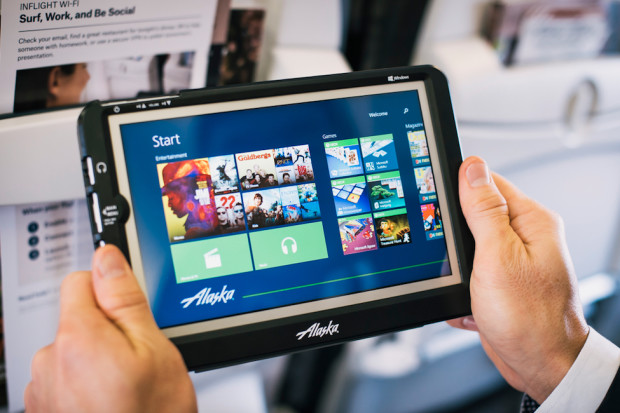 Alaska Airlines is taking flight with new Microsoft-powered tablets, part of a new in-flight entertainment experience that the airline is rolling out to passengers this year.

But these aren’t Microsoft Surface tablets. 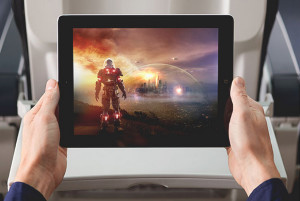 Starting Feb. 1, Alaska will begin offering Windows-powered Toshiba Encore 2 tablets to passengers for rent on long-haul flights, charging $8 to $10 for the device. Passengers will be able to select from an array of movies, Xbox games, music and digital magazines. The tablets will be offered free of charge to First Class customers and MVP Gold75K travelers.

The airline had previously rented out its digEplayer device — first developed in 2003 by Alaska Airlines’ baggage handler Bill Boyer — to passengers. That device will now be phased out, according to the airline.

In addition to the new Microsoft-powered tablets, Alaska said that it will offer free premium in-flight entertainment content to travelers — including movies and TV shows — through March 31. It will then begin offering certain movies and TV shows for purchase for $1.99. The content will only be made available above 10,000 feet, and an Internet connection is not necessary to access the movies or TV shows.

Alaska has been ahead of the curve in responding to the needs of the connected traveler, announcing in 2013 that it would add power outlets and USB ports to every seat for three-quarters of its fleet.