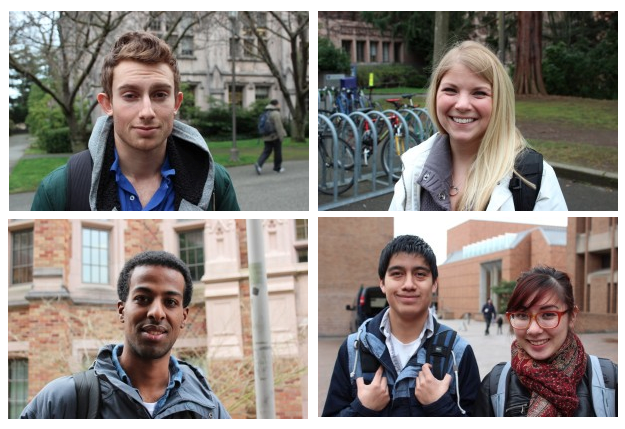 The big news out of the tech world on Tuesday was Facebook’s $19 billion purchase of the WhatsApp messaging service. The acquisition is Facebook’s biggest by far, giving the social network a wildly-popular app with more than 450 million monthly users — 100 million of which have signed up in the last four months.

Much of that growth is driven by younger generations, the same people who seem to be losing interest in Facebook as a social media service.

So what do college students think of WhatsApp? To answer that question, I ventured over to my old stomping grounds on the University of Washington campus, where surely everyone is using it … right?

As it turns out, no.

I spoke to about 20 students and asked the same question to each: “How do you use WhatsApp?” Guess what: not a single person I approached said they had the app on their smartphones. Some heard of Tuesday’s news, and others had friends that used it. But no one actually used it to message friends and family.

Interestingly, though, I asked my Facebook network the same question and received more than 30 responses. This time, nearly everyone said they used WhatsApp — mostly for communicating internationally and in groups.

Why the difference? Chalk it up to self-selection. People most inclined to respond to my Facebook question were those who had used the app before, whereas my experiment at the University of Washington was more random.

Nonetheless, the two sets of responses give a sense for how college students and people in their 20s are using WhatsApp, provide a glimpse into the competitive landscape for chat apps, and show that WhatsApp still has plenty of potential to grow. Here’s what the students at UW had to say about WhatsApp:

“I’ve heard that it’s a free messaging system. I don’t know anything more about it. I generally split my time between Facebook Messenger, regular texting and iMessage. I don’t think I’d download WhatsApp because I already use the Facebook Messenger app, so the good attributes of WhatsApp will probably just enter the Facebook app anyways.” — Ian Fike, senior.

“What’s up? No, I don’t use it. I use text messaging or Facebook.” — Ari Gordon, freshman

“I don’t use it at all. I’ve heard of it but I have so many other things I do online that it would just be another time-consuming thing. I use Facebook or texting to talk to people.” — Iris Gonzalez, junior.

“I just got an update on my phone that said something about Facebook buying it, but I have no idea what it is. I just use text messaging or Facebook for people I don’t keep in contact with too much.” — Nick Larrivee, junior.

“I don’t use it. I know what it is and if I used it, I would use it to talk to my international friends. I would use it if I had a smartphone.” — Alison Chiu, freshman

“I heard about that yesterday and I don’t even know what it is. Do you know what it is? Can you explain it to me? I just use texting and phone calls — those are my main two methods of communication.” — Nick Rogstead, senior.

“I don’t use it, but only very recently saw it on some news show. I use texting mainly, sometimes actual phone calls, sometimes Facebook.” — Annie Kirking, PhD student.

“What? WhatsApp? What’s WhatsApp? I don’t use it. I am very, very technologically inept. I use a Mac because I don’t know how to use a computer, basically. I just text with my smartphone to communicate with friends and Facebook chat on occasion. I call more frequently.” — Sean Murphy, sophomore.

“I actually have used it when I studied abroad in Spain. I used it to communicate with people there because we didn’t have data. I don’t really use it back in the U.S. and just use texting.” — Zoey Dingle, senior.

“I haven’t used it. I heard that Facebook is buying it for $18 billion dollars or something. I just use the regular messaging thing. I try to stay off Facebook because there’s 500 people that can try to get a hold of me and I usually don’t have time to chat with people. Mostly just use text to tell my wife I’m coming home or whatever.” — Dave Brodhead, senior.

“What? I haven’t heard of that. I text or use Facebook messenger.” — Ysabel Sandoval, freshman.

“WhatsApp? I have a basic phone and have never heard of that. I use texts, and Facebook chat when I’m on the computer.” — Awet Alazar, junior

“Yeah, my boyfriend uses WhatsApp a ton to communicate with all his friends because they all go to different colleges. I would use it if I had more purpose for it. He uses it because his friends live in different areas. That’s how he stays in communication. I just use texting right now — Fatima Avelar, freshman

“I used to use it to communicate with my relatives in Mexico. Now that I have a texting plan I just use text.” — Juan Estrada, freshman

“What? What is that? We just use texts and GroupMe to communicate with our rugby team.” — Maddi Story and Caity Fisher, freshmen.

“WhatsApp — never heard of that before. I usually use WeChat because I can send voice messages and it’s totally free. It’s really convenient. I use it more than texting.” — Alex Xu, sophomore. 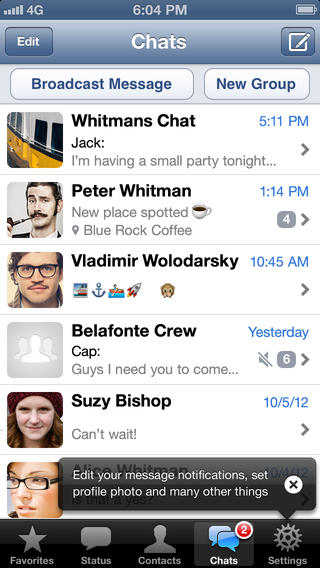 While the random set of UW students didn’t seem to know what WhatsApp was, check out the Facebook responses below I received from friends that are in their 20s and mostly live in the U.S.