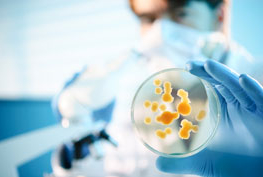 Seattle biotechnology company Immune Design, which is working on novel technologies that activate the body’s immune system to fight cancer, set its IPO range at $12 o $14 per share. The company said that the maximum offering price stands at $74.8 million, including an option for underwriters to purchase up to 697,500 shares.

It plans to trade on the Nasdaq under the ticker IMDZ.

Like most biotechnology companies, Immune Design is losing money. It reported a net loss of $16 million last year, and has reported an accumulated deficit of $64.8 million since it was founded. The company said it anticipates losses for the foreseeable future.

Immune Design is led by CEO Carlos Paya, the former president of Elan who previously served as Vice President of Lilly Research Laboratories. He joined in 2011.

Immune Design is the second Seattle area company to file for an IPO in the past 30 days, following in the footsteps of pet insurance company Trupanion.