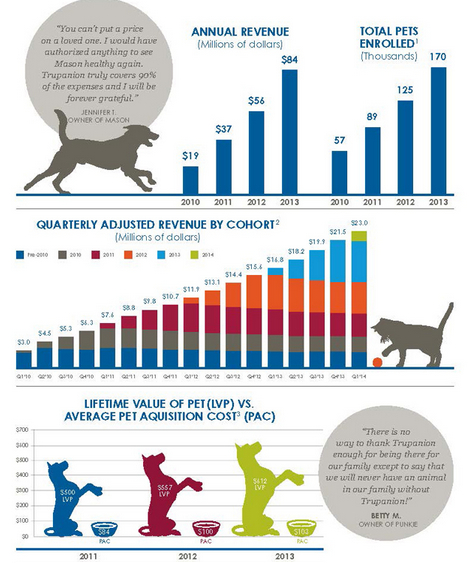 Is Fido hurt? Does Max need a little treatment? 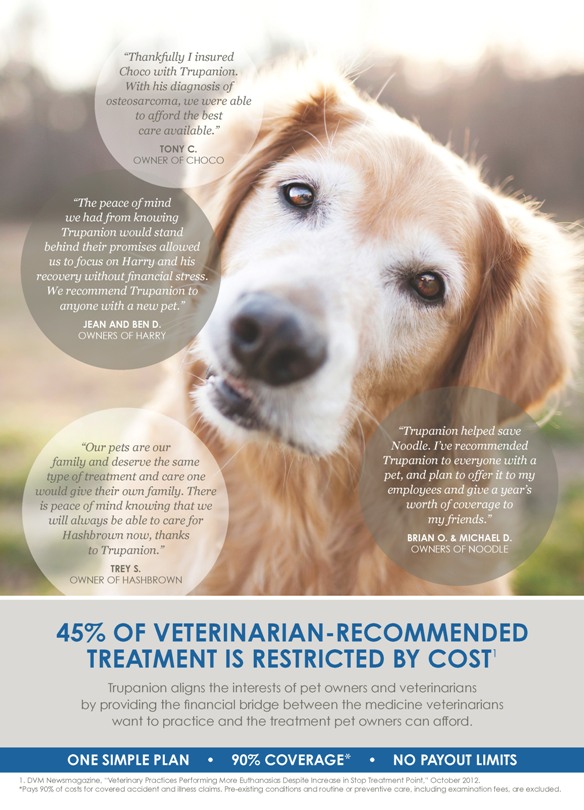 The Seattle company, backed by Seattle-based Maveron and others, today filed to go public in what would be the latest company from the region to price an initial public offering. It did not list the number of shares to be offered or how much it plans to raise through the offering.

The company plans to raise up to $75 million in the public offering, trading on the New York Stock Exchange under the ticker TRUP.

In the prospectus, the company called the market for animal pet insurance “large and underpenetrated.”

“We have pioneered a unique solution that sits at the center of the pet medical ecosystem, meeting the needs of pets, pet owners and veterinarians, and we believe we are uniquely positioned to disrupt the pet medical insurance market and drive increased market penetration,” the company wrote. “The number of pets enrolled in our medical plan has increased every quarter for the last ten years. More recently, our total enrolled pets grew from 31,207 on January 1, 2010 to 181,634 on March 31, 2014, which represents a compound annual growth rate of 51.4%.”

The company — originally founded in Canada in 1998 by 45-year-old entrepreneur and CEO Darryl Rawlings — is more than a pet insurance startup. It has collected massive amounts of data over the past 14 years, including 5.5 million medical plan months and 750,000 claims. It also has tracked over 18,000 vet practices in 60,000 postal codes.

“We have developed proprietary software systems that form the backbone of our technology platform, including our data analytics and pricing engine, claims processing software, customer relationship management system, contact center phone system and website,” the company writes in its SEC filing. “These solutions were custom built to meet the unique needs of our business and enable us to achieve superior operational execution.”

Trupanion would be the latest Seattle area company — technically based in Ballard — to take the IPO plunge, following in the footsteps of NanoString, Tableau and Maveron-backed e-commerce company Zulily.

More on the SEC filing — which notes that Maveron owns 33 percent of the company and founder Rawlings owns 12.9 percent — here.