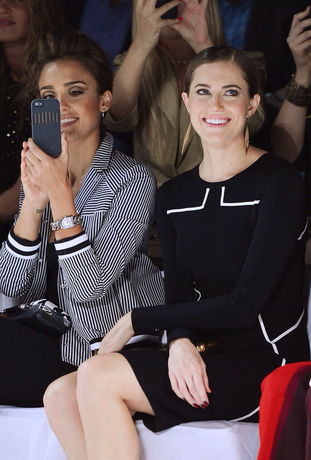 You just never know where their tastes will turn, especially when it comes to mobile devices. Just ask Microsoft, and actress Jessica Alba.

Less than a year ago, Microsoft recruited Alba to be a spokeswoman for Windows Phone, with the Dark Angel star appearing in ads and company events. Now, as Lessien notes on Twitter, it appears she’s switched back to her iPhone. At a recent Fashion Week event, Alba was spotted taking photos with an iPhone.

According to Business Insider, Alba’s contract with Microsoft ended in May.

You may recall earlier this year that BlackBerry spokesperson Alicia Keys allegedly Tweeted from an iPhone, and then later claimed that she had been hacked.

Here’s an ad that appeared last fall, and Alba even appeared on stage at a Microsoft event with exec Joe Belfiore last year in which she declared that “she loved the camera” on her Windows Phone.

In fact, she talked about how easy it was to switch from her iPhone to Windows Phone.

“A lot of my mom friends are really into the screen size, and they really love that all of the tiles are completely customized to me,” she said last year of her Windows Phone.

Oh, well. Guess she didn’t love it enough to snap that photo at fashion week.