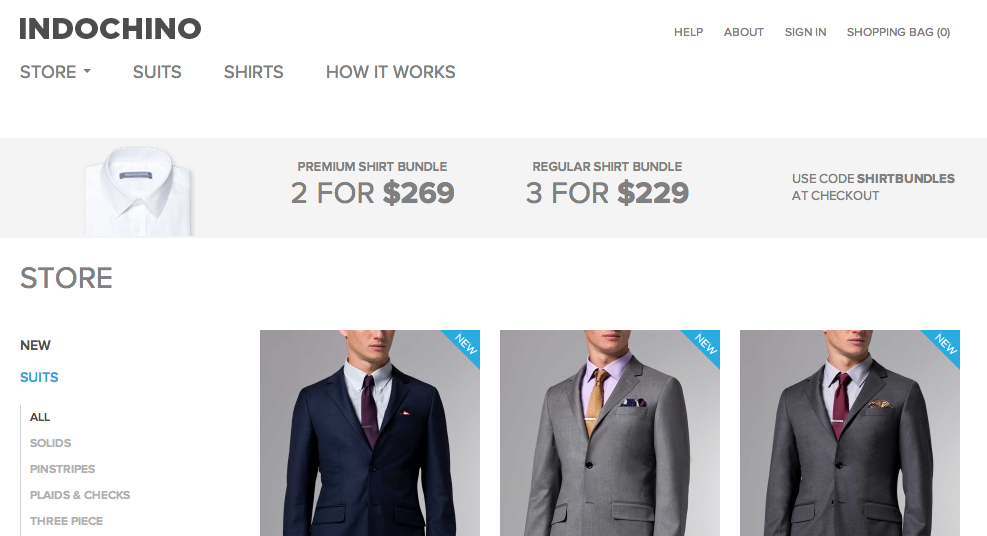 Indochino, the Vancouver, B.C.-based men’s fashion site, has pulled in $13 million in fresh funding that it will use to build out its e-commerce site for suits, shirts, and other custom menswear.

The deal was led by Highland Consumer Fund, with existing investors such as Madrona Venture Group, former Yahoo executive Jeff Mallett and others participating in the round. In addition to the funding, Indochino announced plans to open a new pop-up “traveling tailor” store in Boston.  (We are told one may be coming to Seattle as well, though it probably doesn’t make quite as much sense in the fleece-wearing Northwest).

“Most men need all the help they can get when shopping for their own wardrobe,” said Tom Stemberg, managing partner of Highland Consumer Fund. “By providing higher quality custom menswear at a lower cost, Indochino has revolutionized the direct-to-consumer business and become a global presence in custom menswear.”  Stemberg knows a thing or two about retail, since he previously founded Staples.

We first wrote about Indochino in March 2011 when it raised a $4 million round from Madrona and others.

“We have essentially retooled the entire supply chain to enable rapid fire delivery of custom apparel to an average guy,”  co-founder Kyle Vucko told us at the time.

There’s certainly a lot of interesting activity going on in the online shopping arena, from the robot-powered retail shop at Seattle’s Hointer (featured on GeekWire last fall) to the investment in Bonobos by Nordstrom last April.