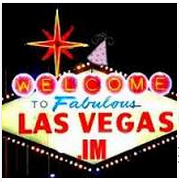 Order Mapper founder Jim Bricker tried to raise seed capital in Seattle. But the former Microsoft and Avanade developer didn’t have much luck, so he relocated to Dallas for the Tech Wildcatters accelerator.

Now, he’s on the move again. The Vegas Tech Fund, the venture capital fund of Zappos founder Tony Hsieh, just took a gamble on Order Mapper. And as part of the $550,000 funding round, Bricker has decided to put down roots in Vegas. His Seattle teammates may come with him.

“There seems to be more support for smaller startups outside of Seattle,” says Bricker, who earned an MBA from the University of Washington and whose company was one of the first to participate in Microsoft’s BizSpark program. Investors in Seattle, he said, are just too consumed with revenue traction. In other words the early, pre-revenue startups like Order Mapper are kind of stuck.

Those types of statements can really sting in Seattle. But they are not uncommon. And they are playing out in coffee shops and industry events all over the city.

The pool of investors writing checks to seed-stage companies is small, driving some entrepreneurs to other locations  — like Vegas. This isn’t the first time that Sin City has snapped up a Seattle startup. You may recall that mini-robot maker Romotive moved there after graduating from the TechStars Seattle incubator.

Sin City, through the efforts of Hsieh and others, is trying to become Startup City. And it’s not alone.

With the so-called series A crunch in full swing, entrepreneurs (especially young and mobile folks) will go where capital is accessible and quality of life is high. Vegas is making that play.

One of the rubs on Seattle is that the pool of angel investors is not that deep — a perplexing issue given the huge pockets of wealth created in the city in the past 25 years.

Some of the wealthiest folks in Seattle — like Paul Allen and Jeff Bezos — dabble in startup investing. And there are some newcomers to the angel scene — well respected folks like Andrew Wright, Sujal Patel and Rudy Gadre —who’ve boldly hung out their angel shingles.

But there’s no brand name angel investor with the drawing power of Hsieh or the connections of Ron Conway or the rabble rousing of Dave McClure. Seattle needs some of that flowing into the startup community at heavier doses than is currently being administered, if it wants to establish itself as a go-to startup city.

In other words, we need 10 or 20 Sujal Patels or Rudy Gadres. A few more Madronas and Ignitions wouldn’t hurt either.

There’s also nothing quite like the Vegas Tech Fund in Seattle, whose mission is to turn the city of Las Vegas itself into a startup incubator. Does Seattle need something like that — a unifying startup force that gets some more momentum behind the earliest of startups?

The naysayers will say no, pointing out skeptically that there’s no guarantee that Vegas will achieve anything with its grand experiment. But money is flowing. Bets are being made. Ideas are being tested. People are moving there.

Order Mapper, which is trying to change the way people order pizzas, flowers and other goods, could help put Vegas on the map. Or not. Many will simply write off the company as a silly little app.

But big things can come from small ideas, and the tiniest bit of cash can help. Just ask the folks behind Box.

A little bit of seed cash would have helped Bricker. He probably wouldn’t have moved to Dallas initially if an angel appeared on the rain-soaked streets of Seattle.

“Cities like Dallas and Vegas are great places for startups right now,” said Bricker. “Much better than Seattle or the Valley because the cost of living is so low.  Vegas appealed to us because of what the Vegas Tech Fund and the Downtown project is building. It wasn’t an option before.”

Don’t get me wrong. There’s a lot percolating in Seattle, and I certainly wouldn’t trade our position for one around the slot machines of Vegas.

But things move fast in the tech world, and it seems to me that Seattle (which has seen venture firms close up shop and scale back) now has a choice to make.

Here’s my recommendation: It’s time to get seeding!