When we announced that Elemental’s Sam Blackman had won the Startup CEO of the Year award at last week’s GeekWire Awards, many of you likely had no idea who Blackman was or what the heck Elemental did as a company.

Well, it’s probably time you learn more about one of the region’s fastest-growing startups that’s headed by a Portland native who thinks the Rose City is the next great startup mecca.

We made the three-hour trek down to Portland to pay a visit to Elemental’s downtown Portland office and chat with Blackman about his successful company, which helps big media entities seamlessly process video content across a full slate of mobile devices.

Part of our conversation also touched on the city’s recent startup growth.

“In my opinion, if you are a software engineer graduating from college right now, there is no better city you can move to than Portland,” said Blackman, who previously was a design manager at Pixelworks before helping found Elemental in 2006.

Read on to hear more about Elemental’s ambitious plans and why Blackman thinks Portland is the hottest startup spot in the country.

GeekWire: Thanks for inviting us, Sam. For those who don’t know about Elemental, tell us more about the company.

Sam Blackman: We provide multiscreen video processing solutions. What that means is we take video that was destined for legacy video distribution systems — IPTV, managed cable network, broadcast over the air, or satellite delivery —and we convert that video for delivery over IP Internet protocol networks to multiscreen devices. That means any device that has an IP connection and can decode and play the digital 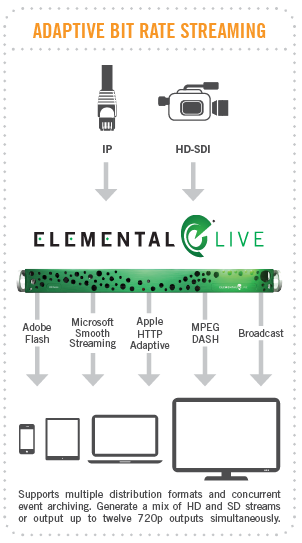 video. Our software runs in enterprise data centers and in the cloud, and provides all that video processing to deliver the video content to iPads, iPhones, Android devices, Xbox 360, Roku boxes, Smart TVs — anything that has a digital connection to the Internet that can play the video.

What we’ve done is taken advantage of GPU’s to do the video processing. What this allows us to do is have all the benefits of the software-based approaches from a flexibility standpoint to keep up with evolving devices, while still getting the incredible performance of specialized hardware because these GPU’s are massively parallel chips that can process enormous amounts of videos. It’s like the best of both worlds: we have the flexibility of software with the performance of hardware. That architecture has proven to be very, very popular with customers because they get all the good parts of the specialized systems but they have the flexibility to keep up with evolving devices to run software on the cloud or on premise.

GeekWire: Elemental has been pretty successful so far, but where do you see the company going in the next two, five, even 10 years?

The main video codec used to deliver video to mobile devices today is called H.264 AVC and there’s a new standard coming called H.265 or HEVC, which will essentially reduce the bit rate to a deliver a given quality level by 50 percent. That’s going to make watching video on mobile devices a much better experience.

The challenge is that there’s a lot more computational processing that has to happen to compress the video into this H.265 format, and that plays right into our hands because the GPU’s are so incredibly powerful that they can compress that video very effectively. So, our customers, using their exact system they have today, can add H.265 support to their output devices and it gives them to ability to keep up and future-proof their

There’s also opportunities with new video standards forming like 4K, which gives you four times the resolution of a 1080p HD screen. It’s a game changer — the video quality is magnificent. I think you’ll see the same transition we had from SD to HD carryover from HD to 4K in the next couple of years. It’s a really exciting tech trend for us.

And the exciting thing about delivering over IP is that in the past for over-the-air broadcast, or for cable, you had to upgrade every piece of the ecosystem to deliver new resolution to go from SD to HD. With IP, we can deliver 4K content as long as there is an ethernet connection and a decoder that supports it. You don’t need to upgrade your set top box or fiber channel. It’s going to blow your mind how good it looks. It is really, really exciting.

GeekWire: Are you surprised with how fast the company has grown?

Blackman: You know, I think we’ve got a good foundation and I think Elemental has been very fortunate. I am very fortunate to work with every single person here. It’s a team that’s delivered on the promise that the founding team saw in leveraging GPU for video processing.

But we are still a very young, early-stage company. We have an enormous amount to prove. We have 100 people in Portland, Ore. and a long way to go before we actually create a sustainable, significant company. That’s what I want to do: Prove you can build great technology companies in Oregon that people in Seattle have heard of. At some point I hope we will have done that and we’ll be able to take a step back and say we have achieved something. That’s a ways off to me.

GeekWire: Does your office still have that startup vibe?

Blackman: Absolutely. We talked a lot about our goals for long term and those goals are very, very ambitious relative to what we’ve done so far. Maintaining that hunger and sense of urgency is absolutely critical. The opportunity for Elemental is absolutely enormous. We compete against the big, publicly traded video companies. But as video delivery changes and as people consume video over these new Internet networks as opposed to legacy networks, it’s a free-for-all in terms of what video infrastructure companies can provide.

If we execute here at Elemental, we could start taking more than our fair share of that business and build something very significant. It’s early, but you can kind of feel that this disruptive change is rolling through the video space across the entire planet and we’re as well-positioned as any company anywhere to win that battle to help consumers make that transition. If we do so, it’s going to be a great outcome for a lot of people here in the city and state of Oregon.

GeekWire: Speaking of Portland and Oregon, let’s talk about the startup scene here. You grew up in the city and have stayed here as Elemental has grown. How has it changed, and where do you see it going?

Blackman: The Portland scene has taken off over past couple of years. You started to see exciting startups come up about four years ago. I was with Pixelworks and since their IPO in 2000, there hasn’t been a big tech success story here. I think the current generation of companies have a lot to prove.

That being said, the companies have a lot of promise here. I keep a list of 30 startups here that have a lot of potential. When you have that kind of depth and breadth of strong, well-funded startups that have raised $10 million or more, a couple of those will hit and hit in a big way. I think you’ll start to see that happening and that starts the whole virtuous cycle of reinvestments in new companies with certain employees that are wealthy enough to start their own company.

That’s what happened to us founders at Elemental. We were fortunate enough to have the exit at Pixelworks that gave us the financial flexibility to go a couple years without a salary. I hope the next generation of companies in Portland has an effective set of exits and allows their employees to do the same. 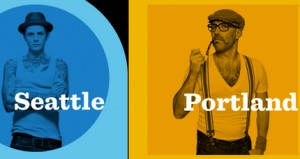 GeekWire: What’s the biggest challenge for Portland as a startup city? What is it going to take to turn this city into a startup hotspot?

Blackman: I spend a lot of time thinking about how you promote the region. The biggest challenge for all these cities is recruiting world-class tech people and marketeers and everything else. The awareness of Portland is starting to grow, but it’s still just a couple companies that get most of the headlines. My goal is to help the country recognize that it’s not just few companies getting recognition, but it’s 20 or 30.

In my opinion, if you’re a software engineer graduating from college right now, there is no better city you can move to than Portland. Not only are there a ton of great companies to work for doing excellent technology work in rapidly growing markets, but the house will cost you half than what it does in Seattle, the schools are great, the food is incredible, the cultural resources are phenomenal and the public transit is incredible. You have all these livability benefits on top of the great companies that are starting to grow — that’s the kind of place I think you want to live your life.

Previously on GeekWire: VC investing tanks in Washington, overtaken by Oregon for first time since 1993 … Seattle vs. Portland: Which city is more hip?