Former Apple retail executive George Blankenship used to be a self-described “Porsche guy.” Then, a couple years ago, Tesla founder Elon Musk put him behind the wheel of a Roadster.

“I was in the car 45 seconds, and I knew I had to be with this company,” recalled Blankenship, who now serves as vice president of sales and ownership at the maker of electric vehicles.

Blankenship was in Seattle Tuesday night, speaking at a function hosted by wealth management firm McAdams Wright Ragen. Blankenship was full of energy, describing the inner workings of the auto maker, chit-chatting with Tesla owners and answering my question about legislation in North Carolina that could prevent Tesla from selling cars direct to consumers in the state.

But the thing that struck me the most about Blankenship’s remarks were the direct comparisons between Apple and Tesla. In some ways, Blankenship is making the exact same moves out of Apple’s very successful retail playbook, a retail strategy that the executive helped craft.

Here are Blankenship’s extended remarks on that topic, which offers some fascinating color about Apple and where Tesla is going: 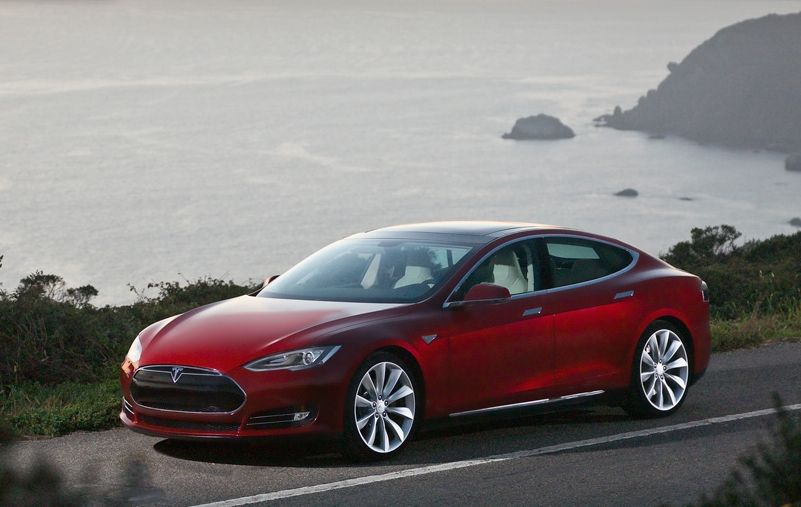 And as soon as we do that, what do we say? ‘Now we are going to build a 4-door sedan that seats seven people and goes 300 miles and goes zero to 60 in under 4.5 seconds. Impossible for everybody else on the planet except for Tesla.

And that’s what we do every day.

I worked at Apple for six years, and here’s what you have to think about at Apple. Many of you may not remember back to the year 2000. But that is when I joined Apple. I was employee number six in Apple retail. And when I joined Apple, here’s what most people knew about an Apple computer, they knew one thing: I DON’T WANT ONE…. It is for those crazy people. It is for those creative types. I don’t want one. And that was the position we were coming from.

So, how did we make a difference?

You get in front of them on a day-to-day basis, every single day. Every time they are at the mall and they walk past you all of the time, and they see you. And one day, they need a speaker or to check an email, and they come in. And, at that point, you get a chance to tell them who you are and what you do…. Over time, what ended up happening is that we embraced people and we talked to them, on their time, when they weren’t thinking about buying a computer. It was great. And then one day, they needed a computer. And what happened? ‘I know Nathan down there, so I will stop in (to Apple) and get a computer’ because they knew us already.

Then what happened? Out came the iPod. And what was it? It was this little white box, and it cost $600 for a music player. Every other music player on the market was $149. But what was the difference? A thousand songs in your pocket. Everybody else was 12. Everybody wanted one, but almost nobody could afford one…. People bought them. They got rave reviews….

The difference between 2000 and 2007 — is we embraced them. We welcomed them when they weren’t thinking about buying anything from us. We made them feel comfortable.

That is what we are doing at Tesla. That’s exactly what we are doing. We are locating in places where people can drop in and say hello, when they are not thinking about buying a car. Make them feel comfortable. Tell them about the car…. If you took a test drive today, you probably felt something today that you’ve never felt before in a car. It is an awesome car. What we are doing is fundamentally different than the way every other auto dealership runs.

When you go to an auto dealership, their number one job today is to sell you a car. Ours is to sell you one in the next ten years. Not to force you to buy, but because you want it. That’s what we do…. As a company, we are doing everything differently. Everything we do is impossible.”