I’ve been covering the venture capital beat for nearly 15 years in the Pacific Northwest, through good times and bad. And this marks the very first time I’ve seen this occur.

Oregon overtook Washington in terms of venture capital investing during the first quarter.

Venture capitalists invested $146 million in Oregon, compared to just $100 million in Washington, according to a report out today from CB Insights. Washington state’s slip could be a one-time blip, or not.

The report’s author says they’ve not seen Oregon surpass Washington for at least five years. It could actually be a much longer timeframe than that, and may have never occurred. (UPDATE: The National Venture Capital Association, which runs the MoneyTree venture capital survey, looked at 20 years of data and said the only time that Oregon surpassed Washington in venture capital dollars was the second quarter of 1993).

The fact is dollars invested fell by 64 percent from Q4 to Q1 in Washington state. It was also down on a year-to-year basis, dropping 51 percent compared to the $206 million invested in the first quarter of 2012.

Nationally, the CB Insights report found that deals and dollars actually increased in the first quarter, with $6.9 billion invested in 841 deals.

Now, before the rivalry between the two cities really starts to roar, consider this. Washington is still way out in front in terms of deals, with 32 compared to Oregon’s 12. 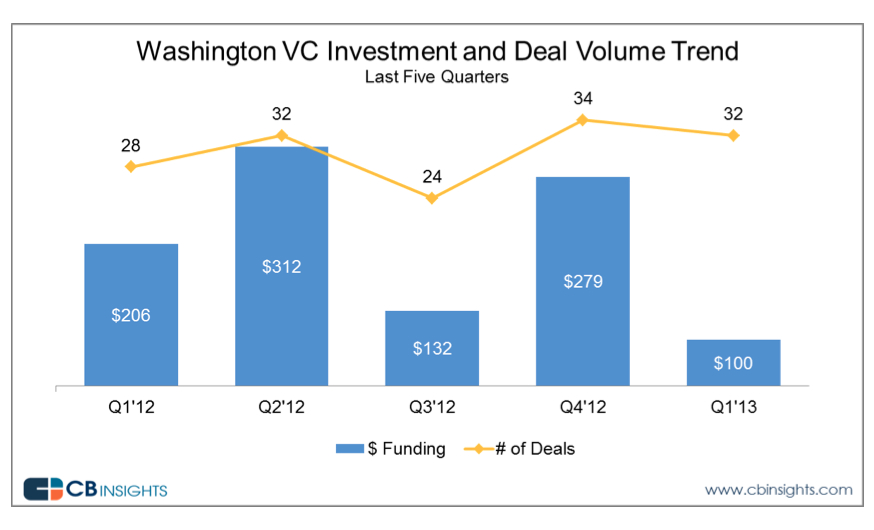 Big deals do matter, since it indicates a swing-for-the-fence mentality and a breed of companies that have matured to the point to possibly emerge as the next tech titans. (Seattle has seen this in past quarters as well, including large investments in Apptio and Zulily. But there were no deals of that size this time around). 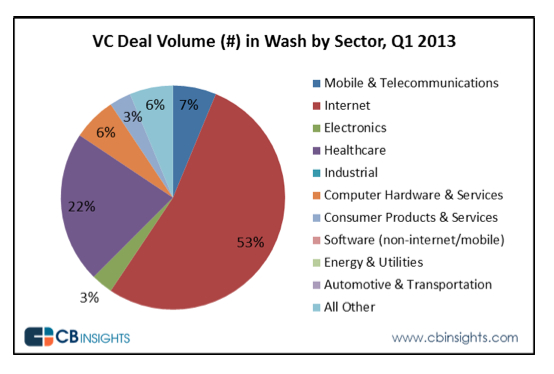 I’ve been writing (and talking publicly) in recent weeks about growing concerns over the lack of capital available in Seattle. Some VCs claim that money will flow to good ideas, and that the Seattle startup ecosystem just isn’t producing enough raw entrepreneurial talent that is VC-worthy.

Others, however, claim that there’s a lack of capital available — accelerated by the fact that leading venture capital firms such as OVP Venture Partners and Frazier Technology Ventures have disappeared. In addition, Ignition’s scaled-back $150 million fund — announced last week — will make a large percentage of its deals in California startups. 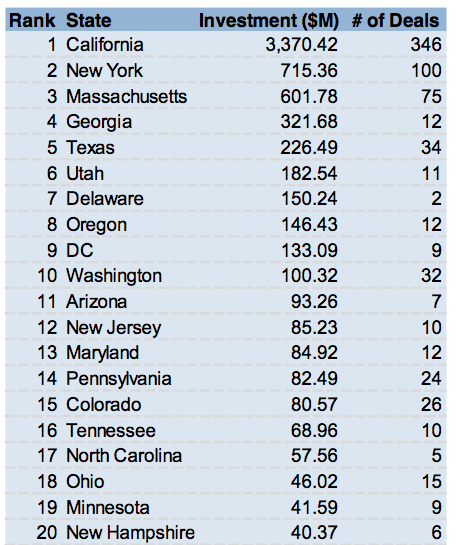 It’s certainly a new era. And here’s my take: A great tech community — one with the likes of anchor tenants such as Microsoft, Expedia and Amazon (not to mention engineering offices of nearly every major Silicon Valley tech giant) — needs more than one or two venture firms.

It’s promising to see Seattle area tech heavyweights like Microsoft and Concur launch new venture funds to support startups. But they are often targeted on a specific niche, and typically have a broader geographic reach.

So, I ask this: Can the region’s startup community survive with essentially one hometown VC firm?

Previously on GeekWire: Seattle vs. Portland: Which city is more hip?