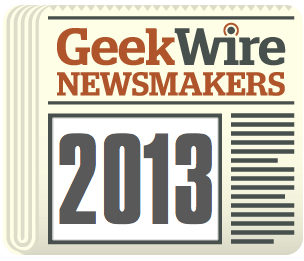 It has been a giant year for news at many of the Seattle region’s technology companies — with successful IPOs, historic transitions, surprising technology plans and comeback stories keeping the GeekWire news team busy throughout the year.

And with that as the backdrop, we are pleased to present an annual tradition, the unveiling of the GeekWire Newsmakers of the Year.

We’ll be recognizing the 2013 Newsmakers of the Year — along with the group of “Seattle 10” startups — as part of the festivities at the GeekWire Gala this Wednesday evening, Dec. 4., at the Museum of History and Industry in Seattle. This is the Seattle tech community’s biggest holiday party, with close to 1,000 people expected to attend. Tickets are available here.

The newsmakers this year are an elite group, representing seven companies. Some of them are leading their companies through critical moments in their history, while others represent key trends that helped to define the past year in technology. So without further ado, here are GeekWire’s 2013 Newsmakers of the Year. 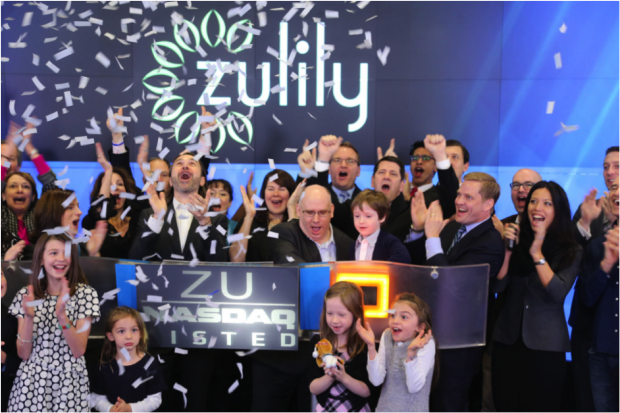 Zulily, the fast-growing flash sales site for moms and kids, made its initial public offering in November — the latest step in a remarkable climb that began a mere four years ago when the company was founded by Mark Vadon and Darrell Cavens, two online retail veterans.

The company, now valued at more than $4.2 billion, posted $331 million in revenue last year, and turned a profit in the first six months of this year — finding success by carving out a niche in an industry where bigger names (such as Groupon and LivingSocial) have struggled. 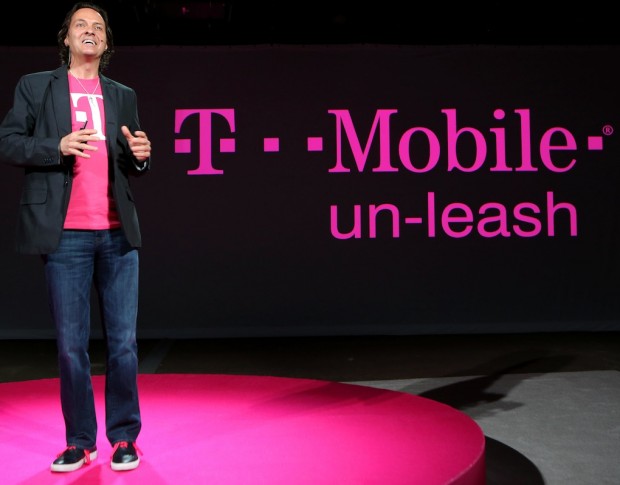 John Legere is leading a rebound at T-Mobile and shaking up the wireless industry in the process. The straight-talking (and occasionally profane) chief executive joined Bellevue-based T-Mobile in late 2012 and proceeded to take aim at some of the wireless industry’s most frustrating traditions.

The company started by unbundling device and wireless charges so that customers can pay off the price of the phone over time. The company has since an early phone upgrade program, no-extra-charge international data roaming, and free data for the iPad and other tablets up to 200 MB/month. Wireless users are responding, with the company growing its customer base by more than 1 million in each of the last two quarters. 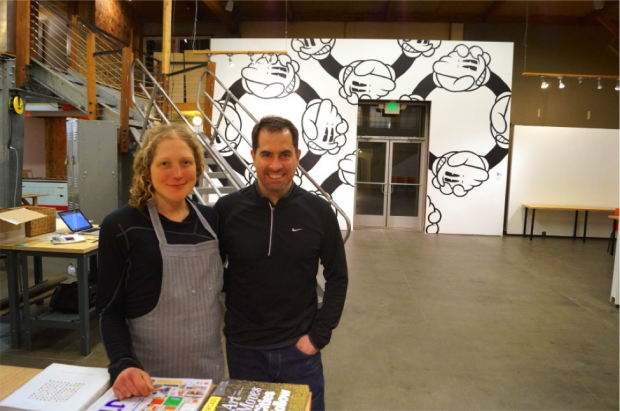 The maker movement is growing, with 3D printing, robotics and other emerging technologies promising to bring hardware design and prototyping to the masses. And the movement is embodied in Seattle by Makerhaus, a 10,000-square-foot “playground for geeks” founded by Nike veteran Ellie Kemery and her husband Mike Kemery. The space in Seattle’s Fremont neighborhood differentiates itself by offering professional grade equipment that can be used not only by individuals but also small design, engineering and architectural firms. 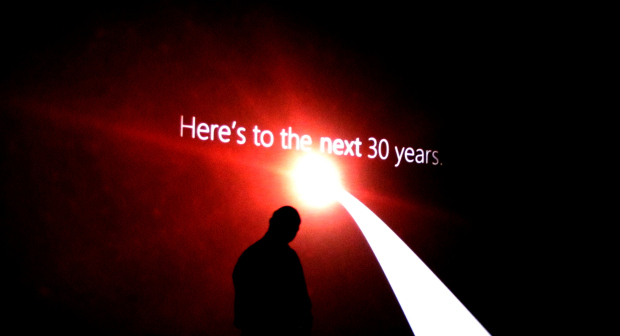 Steve Ballmer announced his plan to retire as Microsoft CEO in August, but his planned departure is just part of a massive series of changes taking place in the final months of his tenure — including the acquisition of Nokia’s smartphone business, a massive restructuring of the company’s operations, and the end of Microsoft’s controversial stack-rank employee rating and review program.

All of this is in the midst of the company’s attempt to transform itself into a devices and services company, making not just software but also selected hardware products such as its Surface tablet. Ballmer’s legacy will be debated for years, but there’s no question that he’s made a mark on the company, the region and the industry. 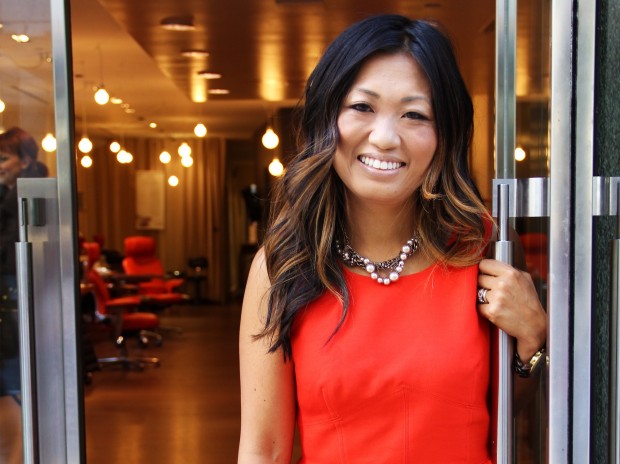 The worlds of online and physical retail are increasingly blending, and that trend is exemplified by Julep, the e-commerce startup led by Starbucks veteran Jane Park. Julep, which uses a mix of e-commerce, physical stores and television marketing, landed not one but two rounds of funding this year from investors including prominent Silicon Valley venture capital firm Andreessen Horowitz and Maveron, the VC firm of Starbucks CEO Howard Schultz.

Park says her mission is to develop an “enduring beauty brand” that taps into the power of e-commerce. “There’s nothing like talking to a roomful of men about nail polish,” she told us earlier this year, after securing a $10 million funding round. 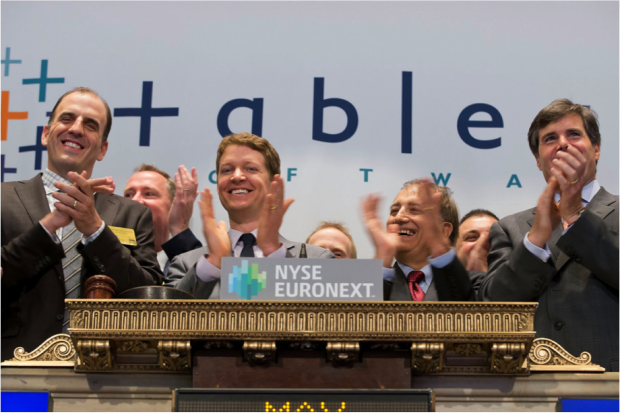 Data visualization technology company Tableau Software was another IPO success for the Seattle region in 2013, making a successful debut on the New York Stock Exchange in May. The company actually spun out of Stanford University, but relocated to Seattle not long after it was founded by Christian Chabot, Patrick Hanrahan and Chris Stolte ten years ago.

Tableau has maintained a market value of $3.8 billion and has been growing quickly, recently surpassing 1,000 employees.

“We’ve been working our whole lives to become an overnight success,” Tableau CEO Chabot told us after the IPO debut. 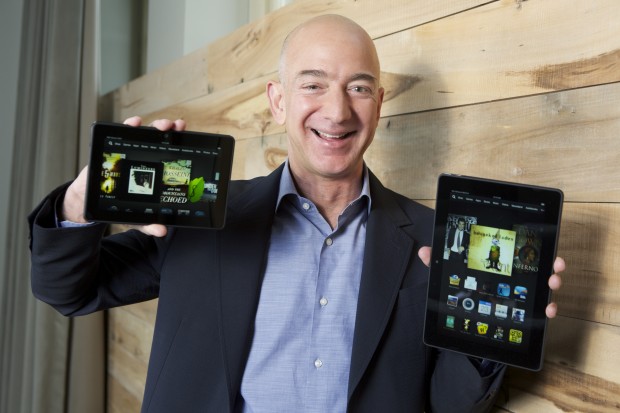 We had already planned to include him on this list, but Amazon CEO Jeff Bezos confirmed his status as a top newsmaker with his appearance this weekend on 60 Minutes — revealing that Amazon is developing fleets of flying drones that will deliver packages to doorsteps in as little as a half-hour.

Amazon this year continued its aggressive expansion of its distribution network, secured a hard-fought cloud services contract with the CIA, and introduced an updated version of its Kindle Fire tablets with a feature for contacting a customer service rep from the device itself. Meanwhile, author Brad Stone kept the company and Bezos in the headlines with a revealing and hard-hitting look at Amazon, which didn’t go over well with Bezos’ wife.

It’s not the first year Bezos has made our list, and something tells us it won’t be the last.

Congratulations to our 2013 GeekWire Newsmakers, and we’re looking forward to seeing everyone Wednesday at the GeekWire Gala.