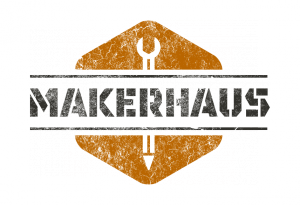 Calling all geeks, nerds, designers, makers and anyone else whose ever wanted to build something cool: MakerHaus is coming to Seattle’s Fremont neighborhood.

The 10,000-square-foot renovated industrial design space will include educational programs where members can take classes on topics such as Intro to Rhino 3D CAD; Getting Funded on Kickstarter; or Laser Cutting Basics. Members also will be able to test their own skills in a metalshop and woodshop, and utilize two professional-grade 3-D laser printers.

Opening December 6th in the former Evo snowboard and ski shop, founder Ellie Kemery wants MakerHaus to become a central hub for those interested in creating new products, perhaps even sparking a wave of hardware startups.

“This is an effort to empower the creative community to be able to bring their ideas to life,” explains Kemery, who previously worked at Nike and Hornall Anderson. Her husband, industrial designer Mike Kemery, is serving as an adviser.

MakerHaus is part of a larger trend now spreading across the country in which entrepreneurial-minded hobbyists — often dubbed “makers” — create and develop new products in the field of electronics; robotics or 3-D printing. In Seattle’s geek subculture, the movement is alive and well, highlighted by events such as Ignite and maker spaces like Jigsaw Renaissance; Bellevue’s StudentRND and Matt Westervelt’s Metrix: Create Space on Capitol Hill.

TechShop — described as a membership-based do-it-yourself workshop — is establishing locations nationwide but has yet to plant a flag in Seattle.

Kemery said that MakerHaus is slightly different from your typical maker space, offering professional grade equipment that could not only be used by individuals but also small design; engineering or architectural firms.

“In Seattle, specifically, what we identified is that prototyping equipment is incredibly inaccessible for people who want to do Kickstarter projects and what not,” said Kemery. “Even though there are places like Metrix: Create Space that might have some equipment, it is not to the level that it needs to be for you to create a prototype that could be manufactured.”

Smaller design firms can outsource protyping work to fabrication facilities, but Kemery said they usually don’t accept anything without a minimum $10,000 order. She also said there’s an opportunity to have different parts of the geek; engineering and design communities to come together in one space.

“This is a really big void,” said Kemery, adding that Portland has developed a strong community around the maker movement.

MakerHaus, of course, is no small investment. Fremont work space doesn’t come cheap. And the two Objet 3-D printers — dubbed by Kemery as “Ferraris” of the 3-D printing world — cost about $150,000 each.

But it’s that high-end equipment that could set the company apart. For example, Kemery said a designer could use the 3-D printer to create a working wrench. Architects, a prime target, could use it to easily develop models.

“Designers geek out over that kind of stuff because it provides them so much flexibility,” she said.

MakerHaus is well capitalized, but Kemery declined to name the company’s backers who she said are mostly made up of Seattle area entrepreneurs. The organization plans to make money by selling annual memberships, charging between $189 and $519 per month. It also plans to charge for courses.

Even though the space won’t officially open for another two months, members are already signing up, including the founder of furniture design firm UrbanCase as well as uber geeks from Amazon.com and Microsoft and architects and designers. “We have a wealth of different types of people who are going to be in the space,” she said. MakerHaus plans to cap its membership to the shop at 250.

As part of the new space, Kemery said they plan to showcase some of the products being developed by members, occasionally hosting street fairs and events. She’s also interested in allying with educational institutions and schools.

If all goes as planned, Kemery said that she hopes the new space cultivates a new class of startups and helps bridge the gap between business and design in Seattle.

“Our goal is to become a launchpad for companies and businesses, and also a breeding ground for innovation,” she said. “If all of the people who we start having as members go on to open up spaces and shops of their own that they no longer need us — that to us is success. We are really about empowering them. We know those people, they are us.”