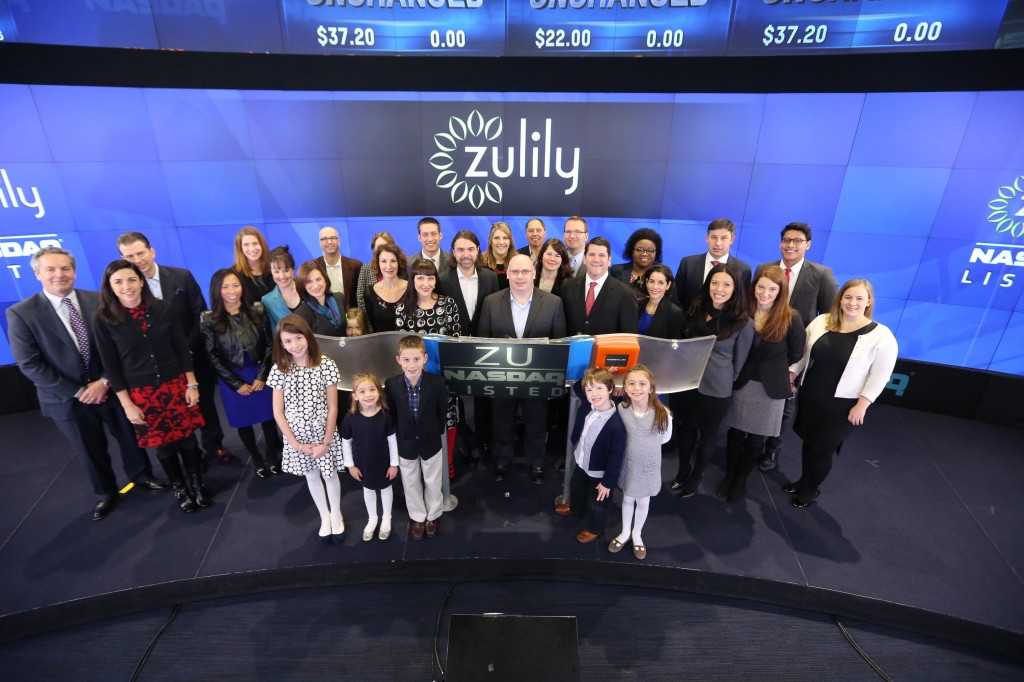 Everything about Zulily throughout its short history has been fast, so much so that employees of the Seattle daily deals company often refer to its accelerated pace as “Zulily time.”

Now, the stock of the 4-year-old company, which just began trading Friday morning under the ticker ZU, is starting out with a big bang. Zulily, which priced Thursday afternoon at $22 per share, came out of the gate in a very big way, opening at $39.40. The shares are now settling around $37 per share, up more than 70 percent from the IPO price.

Zulily has kept a low profile over the years, but the e-commerce company for baby gear and accessories is a revenue powerhouse with annual sales last year of $331 million.

Wall Street appears to like that growth rate, not to mention that it has eked out some profits along the way.

Q&A: CEO Darrell Cavens on Zulily’s IPO and its future as a public company

Zulily looks to be the latest successful IPO out of Seattle in the past two years, following in the path of Tableau (May 2013) and Zillow (July 2011).

It was unclear whether the company would be greeted as a Groupon or LivingSocial clone, or perhaps a new type of e-commerce company like Amazon.

The company raised $140 million through the IPO, with insiders also selling a huge chunk of stock as well.