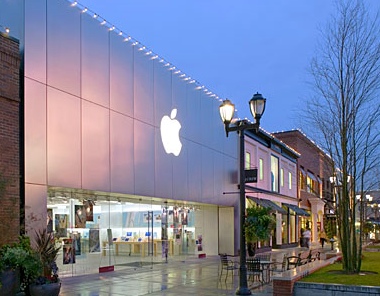 Apple is already much bigger than Microsoft in terms of market value. But Microsoft still has a leg up on its long-term rival when it comes to “brand value,” at least for now.

According to the Interbrand Best Global Brands 2011 report, Microsoft ranked third with a brand value of $59 billion. That’s the same spot as 2010, but here’s where it gets interesting.

Microsoft’s brand value actually slipped three percent in 2011, the only company in the top 10 to lose value.

The decline comes amid a surge by Apple, which jumped from a rank of 17th to eighth in the report. Apple now has a brand value of $33 billion. Another big mover was Amazon.com, which moved into 26th place with a brand value of $12.7 billion.

Coca-Cola remained the top worldwide brand, valued at $71 billion. That was followed by IBM, which saw its brand value increase eight percent to $69 billion. Others in the top 10 included Google, GE, McDonald’s, Intel, Disney and H-P.