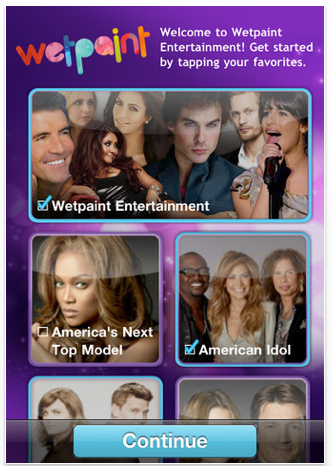 People just can’t get enough of celebrity gossip and Hollywood scoops, which is good news for Seattle startup Wetpaint. The company announced today that its Wetpaint Entertainment unit is now attracting more than 10 million unique visitors and 50 million page views per month.

The traffic numbers come just 18 months after Wetpaint launched the entertainment property. Interestingly, Wetpaint — which boasts more than 1.7 million Facebook fans — said that roughly 30 percent of its traffic is coming via the social networking giant. Second up was People.com, which drove just over 15 percent in February.

“We are seeing tremendous results from our focused effort to drive traffic via social platforms,” stated Wetpaint Co-Founder and CEO, Ben Elowitz. “As the social web becomes even more personalized, we will be able to apply all of our expertise and technologies to drive even more of these immensely valuable site visitors.”

Founded in 2005, Wetpaint started as a provider of easy-to-use Wikis. The company has raised $40 million of funding from Trinity Ventures, Frazier Technology Ventures, Accel Partners, and DAG Ventures over the years.