Free publicity is one of the best tools that you can use to promote and grow your small business or startup.

P.T. Barnum used it to grow his little circus to international fame. Thomas Edison used it to destroy his competition and become the only name in the game. And Richard Branson uses it to launch every single Virgin product division…from makeup to airlines.

But if free publicity brings such spectacular results … why doesn’t every small business use it? Well, knowing how to become the person everyone wants to interview is not easy.

That’s why I thought I’d share with you ten great ways to get free big media attention for your brand and examples of companies or people who have succeeded using each technique.

1. Write the best complaint letter ever

Advertising executive Oliver Beale wrote Richard Branson a 6-page letter describing his awful in-flight meal. He opened the letter by praising Branson and the Virgin brand, then went on to detail how awful the food was.

The letter went viral on the Internet and Branson eventually called Beale and offered him a job as Virgin Airlines food tester.

Beale claims the letter wasn’t a publicity stunt, which I find hard to believe. Regardless, it generated a lot of attention. 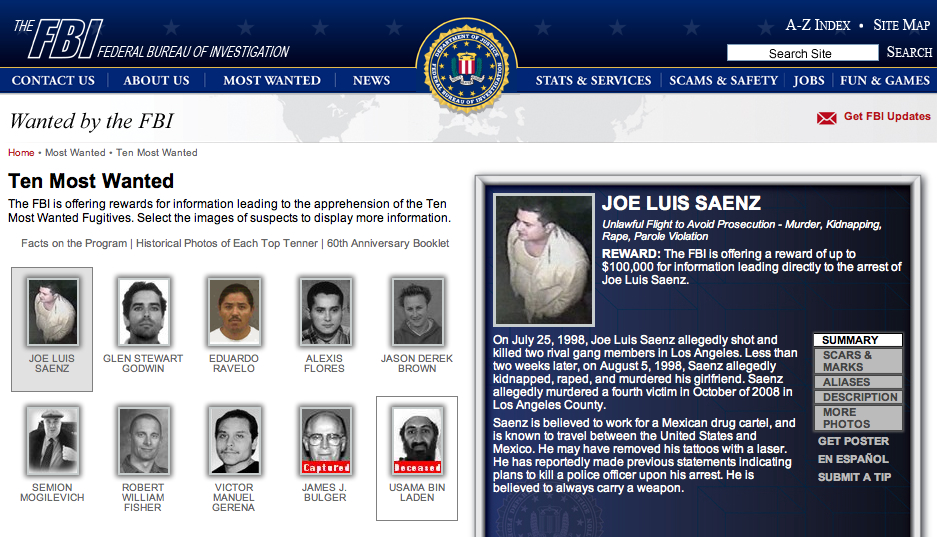 One of the most famous “wanted lists” is the FBI’s.

It all started in 1949 when a reporter from the United Press International asked the FBI director for a list of most-wanted criminals. When that list was published, publicity for the FBI went through the roof.

The success of the list proves to be one of its more enduring features. Over 491 fugitives have been listed, 460 of those being captured, a third due to help from the public.

A “most-wanted” list that goes viral can bring tons of media attention to your small business. Here are some tips on creating a successful most wanted list:

Here are two things you have to keep in mind when you are creating these lists:

You can draw attention to your business, brand or idea by showing people the concept behind it in a dramatic way.

For example, the housing and homelessness charity Shelter hired a family of contortionists to crawl inside a miniature home to protest children living in overcrowded conditions.

However, you don’t have to do anything complicated to get viral attention. Chris Brogan got attention when he shaved his head. David Beckham simply wears crazy hairstyles a lot.

By the way, check out How to Use YouTube to Build Explosive Product Buzz for tips on creating viral videos.

A great way to pull in a lot of interest from the public and the media is to hold a contest. The Royal Society of Chemistry, for example, held a competition to see if anyone could solve the cliffhanger dilemma from the 1969 movie The Italian Job.

Over 2,000 entries were submitted to the RSC, and the media loved the idea.

What’s great about this kind of stunt is you will get the publicity over the duration of the competition, from launch to the announcement of a winner, which could last six months.

Here are some important things to think about when holding a competition:

Late in 2006, the alcohol retailer Threshers leaked a voucher that amounted to 40 percent off liquor for any online sales. That nobody knew whether the company actually leaked it or was using it as a publicity stunt fueled the discussion across social media.

Part of the success of this campaign came from the fact that misinformation was shared along with the leak.

Here’s how to leak your own rumor:

The CEO of British airline Ryanair is known for his ridiculous stunts to promote his company. Here is a little sample of Michael O’Leary’s publicity:

You have to agree, those are some pretty ridiculous stunts (and it’s just a sampling of many other O’Leary publicity ideas), but they work.

Here’s how to make stunts like this work for you:

Did you know that modern-day bicycle racing came from a news courier publicity stunt?

Back a century ago in Paris bicycle messenger companies would compete with other companies to be the fastest couriers. Those who won got the most publicity.

There is a company in Paris who is reviving that publicity with bicycle messengers…Urban Cycle. They hope to beat out scooter-based delivery companies. Here’s why they’re strategy is starting to work:

Is there a way you can tie you and your company into environmental issues like solar energy, pollution or deforestation?

If you can identify a law that you want to protest, turn it into a publicity stunt.

Back in 2003, Mark McGowan pushed a peanut with his nose for two weeks across London to give to Tony Blair to protest his student debt. The event drew intense coverage, and ended with McGowan handing the prime minister the peanut.

Here’s what you should try to do:

Some of your publicity stunt ideas will require you to hire an ad agency or talent. Even if you have it in the budget, ask them if they can do it for free. No reason to spend money if you don’t have to, right?

There are a number of reasons why they might work for free:

I always wonder why more companies don’t try to get free publicity by pulling off stunts like I shared above. I mean…big media is always looking for news…and if you’re a guy wearing a wedding dress at a basketball game…I think I would want to cover that!

What’s interesting, too, is that such publicity isn’t just for the small businesses and startups…large, established brands can use these techniques, too! Just look at Richard Branson and Virgin.

What other free publicity stunts do you think can work for small businesses?