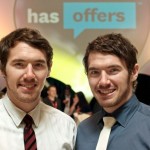 HasOffers, the affiliate marketing company started by twin brothers Lucas and Lee Brown, is looking to hire 30 more staffers this year. That would double the staff at the profitable Seattle company, which is growing by 300 percent and expects revenues of close to $5 million this year. More on HasOffers in this GeekWire profile.

IncrediMail CEO Josef Mandelbaum talks about the recent acquisition of Smilebox, noting in the company’s Q2 earnings call that the Redmond company “really fits in the photo sharing plus photo personal expression bucket.” More on Smilebox’s $40 million tie-up with IncrediMail from this GeekWire report.

A study by NSS Labs finds that Internet Explorer 9 is the most secure browser in terms of fending off malware.

Seattle venture capital firm Maveron is among the participants in a $7.5 million round for PeerTransfer, a Boston company that helps educational institutions more easily accept tuition payments from international students. It is one of many bets that Maveron has in the online education space, including Livemocha, Altius Education and Capella University.

This could be the best year for tech M&A since 2000, with Fortune’s Dan Primack reporting that the global total (including yesterday’s blockbuster buy by Google of Motorola) now stands at $125 billion.That compares to $86 billion last year and $396 billion in 2000.

A dream job for a music and coding geeks. KEXP is looking to hire a software engineer to build “online services geared towards the discovery of music and artists.”

Curt Woodward at Xconomy takes an inside look at how Seattle startup Evo Media turned the corner, reducing its burn rate 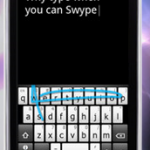 Swype just released a new version of its text-input technology for mobile devices, with JR Raphael at ComputerWorld taking it for a test drive pointing out better proper noun capitalization and a customized dictionary.