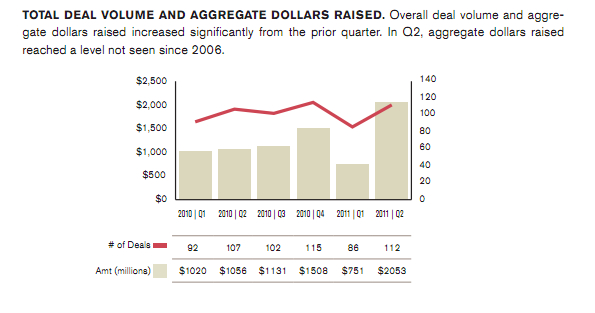 Need more evidence that there’s a bubble forming in the tech industry. Look no further than a new report by Cooley, which this morning indicated that deal volume was the most robust since 2006 and so-called “up rounds” accounted for 72 percent of financings.

By comparison, just 56 percent of the venture capital deals that the firm worked in the second quarter of last year were up rounds. 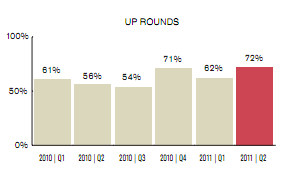 “Our deal trends for the second quarter reinforce that the funding environment for emerging companies remained robust, and we saw continued optimism on the part of investors,” said Cooley’s Craig Jacoby, who leads the firm’s emerging companies practice.

We’ve certainly been seeing that optimism as well, highlighted in Seattle by the whopping $750 million valuation placed on daily deal site Zulily earlier this month. That was certainly an up round — defined as a deal where incoming investors place a higher valuation on a company.

Cooley generated the report from the 112 venture capital financing deals that it worked on during the second quarter. Those deals represented $2 billion in invested capital.