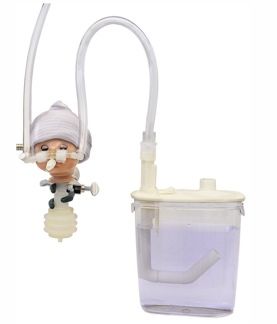 The device is intriguing in part because it’s expected to be significantly cheaper than conventional ventilators to produce, operate and maintain.

Seattle Children’s says the funding will allow it to complete development of the device next year, and start distributing it commercially in 2013 at a fraction of the cost of existing systems. It’s hoping that widespread adoption of the device will save thousands of infants.

The device is called Seattle Children’s Positive Airway Pressure, or Sea-PAP. The major difference from other devices is that the breathing circuit tube is placed in water at a 135-degree slope, creating fluctuations in positive airway pressure that, in turn, keep the lungs open.

More details in this news release.