Amid Instagram’s sea of sameness, Rudy Willingham of Seattle has managed to capture people’s attention with a unique art form that strays from the social media platform’s usual offerings of sunsets, selfies and influencers pushing an imaginary lifestyle. And now he’s launched his own company to try to help brands tap into that creative energy.

Willingham, our latest Geek of the Week, has worked in advertising for the past 10 years, and he recently started RudyCorp, an ad agency with a focus on social media marketing.

I started RudyCorp because everything on social media looks the same. My goal is to create content that’s not boring and that people actually want to see.

“I’m probably best known for my Instagram page where I take cutouts of pop culture icons, place them over objects in the city, and create a form of street art,” Willingham said. “It’s like graffiti but instead of using spray paint, I use paper. I’m just too old and slow to be running away from cops.”

Willingham grew his Instagram following to about 22,000 in a year and a half on the strength of his posts (some of which we’ve included below) and media attention around the city. He said he’s no Kim Kardashian, but he’s at least confident that all of his followers are real.

“It started as an advertising idea for Darigold where we’d take cutouts of milk bottles and combine them with landscapes around the Northwest,” Willingham said. “We had these great billboards where the bottle shape was cutout, so it was filled with the scenery behind it. They went with another direction so I just said ‘screw it, I’ll do it myself.'”

Now his focus with RudyCorp is to attract clients who he says have been failed by traditional ad agencies that are built to create one campaign every three to six months, not multiple pieces of creative a week.

“It’s so hard for brands to find something to post every single day, so they’re forced to share very basic photography of their store or products,” Willingham said. “No one is asking ‘Do people actually want to see this?’ They’re just thinking, ‘We need to post something because if we don’t it looks bad.’ I want to help businesses create artistic content that’s as engaging as anything on the front page of Reddit. That could be a beautiful photo, a clever design, a PR stunt, or even a more traditional ad.”

When he’s not shooting, Willingham is spinning. The DJ and music producer will be performing Friday night at this year’s Capitol Hill Block Party and “everyone should come dance with me,” he said.

Learn more about this week’s Geek of the Week, Rudy Willingham:

What do you do, and why do you do it? I started RudyCorp because everything on social media looks the same. Top-down food shots, sunset selfies, boomerangs of clinking glasses … no one cares and it all gets ignored. My goal is to create content that’s not boring and that people actually want to see. I want to make people smile and give them something to look forward to. And I want to help brands do the same thing.

What’s the single most important thing people should know about your field? Ads don’t have to suck! The Red Bull Stratos space jump is one of my favorite documentaries ever. Some Geico commercials are funnier than the shows they’re advertised on. And WeWork’s Instagram photos could be sold in art galleries. That’s the kind of marketing that works. It makes consumers like you. And people buy things from companies they like.

Where do you find your inspiration? I scroll through Instagram’s Discover page every day and study the posts that are resonating with people the most. Then I use that as inspiration for my own art and social content for brands.

What’s the one piece of technology you couldn’t live without, and why? I recently bought a Cricut machine that automatically cuts my paper figures for me. I used to cut them out with scissors which took forever and left A LOT of paper scraps around our living room. 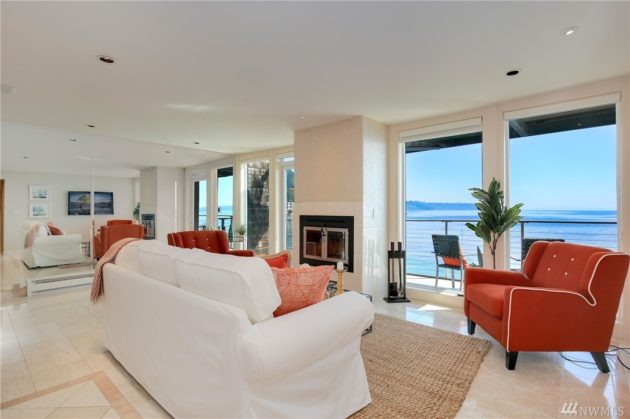 What’s your workspace like, and why does it work for you? I work out of my home office on Beach Drive in West Seattle. It’s amazing. I can fish off my deck, I see whales every once in a while, and I have a pet seal named Lucille (but my wife won’t let me feed her). Also, a boat recently crashed into our condo building which was both hilarious and terrifying.

Your best tip or trick for managing everyday work and life. (Help us out, we need it.) Avoid dumb meetings. Most of us spend half our day sitting in meetings that don’t matter.

Mac, Windows or Linux? Mac. But don’t tell Microsoft, I want them to hire me.

Transporter, Time Machine or Cloak of Invisibility? Transporter so I’d never have to sit in Seattle traffic again.

If someone gave me $1 million to launch a startup, I would … Hire RudyCorp to advertise it for me.

I once waited in line for … A Glassybaby sale. I DJ’d the event and had to cut the line to get inside. Everyone looked at me like I was a criminal. Customers were waiting in line from 6pm the night before! Whoever does their marketing is a genius. I need to talk with them and steal all their ideas.

Your role models: Marshawn Lynch. He’s amazing at his job, helps people in need, and wrote the most catchy tagline of all time: Beast Mode.

First computer: A Toshiba that had a million viruses.

Most important technology of 2019: Foldimate. The machine that folds laundry for you. The future is here.

Most important technology of 2021: Still the machine that folds laundry for you.

Final words of advice for your fellow geeks: Be different. If everyone’s thinking alike, then no one is thinking.