Like a Reese’s Cup, this GeekWire Awards category offers an appetizing combination — not chocolate and peanut butter, but the nominees for Deal of the Year saw sizable exits by way of an IPO or acquisition.

We’ve opened voting in 11 GeekWire Awards categories, and community votes will be factored in with feedback from our more than 30 judges (see here). On May 2 we will announce the winners live on stage at the GeekWire Awards — presented by Wave Business — in front of more than 800 geeks at the Museum of Pop Culture in Seattle. Community voting ends April 19.

Related: Show me the money: Vote for the top venture capital Deal of the Year at the GeekWire Awards

This year’s nominees for Deal of the Year: IPOs and Acquisitions — Apptio, Avalara, DocuSign, Heptio and Smartsheet — all have taken in billions from investors and now they’re vying for your votes. 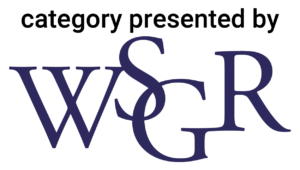 Last year’s winner, Redfin, won for a breakout IPO in which the company’s stock soared 45 percent on the first day of trading. The tech-powered real estate brokerage has since continued on a growth path as revenues rose 30 percent in 2018 to $124 million.

Read about the finalists and vote on all the categories while you’re here. You can see the nominees for the other Deal of the Year category, for funding, here. And don’t forget to grab your tickets, as the GeekWire Awards sell out every year.

The tax automation software company raised $180 million when it rung the bell at the New York Stock Exchange last June. Avalara’s stock was priced at $24 per share and went on to rise 87 percent to $45 by the close of the opening day.

Avalara posted revenues of $272 million for 2018, 28 percent higher than the prior year and above analyst expectations.

“This year we expanded our tax content, software platform, partner channel, and pre-built integrations, which we believe position Avalara as a clear choice to lead this automation cycle,” Avalara CEO and co-founder Scott McFarlane said at the time.

Private equity firm Vista Equity Partners announced that it would pay $1.9 billion for Bellevue-based Apptio in November. The IT cost analysis software company, which went public in 2016 at $16 per share, was valued at $38 a share, well above the stock’s previous closing price of $24.85.

Today’s IT teams are increasingly making independent decisions on what services to buy, and Apptio’s software-as-a-service platform helps companies keep track of all that spending in one place.

The company is led by Sunny Gupta, who said at the time that the acquisition would allow the company to “enter our next chapter of growth, maintain our commitment and passion for customers, and cement our leadership position in fueling digital transformation at hundreds of organizations of all sizes around the world.” Gupta previously co-founded iConclude, which sold to Opsware in 2007.

DocuSign is practically synonymous with electronic signatures. But the company has broader ambitions in the cloud — in March, it released new tools that focus on the entire process of drawing up and completing agreements.

Last spring, the company started trading on the Nasdaq, hauling in more than $465 million at an offering price of $29 per share. DocuSign reported 37 percent annual growth in December as revenues hit $173 million.

DocuSign originally started in Seattle and later relocated its headquarters to the San Francisco Bay Area, but its Seattle office at the 999 Third Avenue tower remains its largest.

Craig McLuckie and Joe Beda might as well be crowned the kings of Kubernetes. The duo designed and wrote the open-source software used to manage complicated cloud systems while at Google; they later founded Heptio, a Seattle startup that helps companies get up and running with Kubernetes.

VMware acquired Heptio for an undisclosed sum in November, doubling down its bet on Kubernetes. While the terms were not disclosed, a source familiar with the deal pegged the price as “significantly more” than the $250 million that Red Hat paid for CoreOS in January.

Smartsheet has since been investing heavily in R&D and was recently valued at more than $4.5 billion. Smartsheet won the Next Tech Titan award at the 2016 GeekWire Awards.