Smartsheet beat Wall Street expectations with $52.2 million in revenue last quarter, up 58 percent year-over-year, and a GAAP net loss of $0.11 per share, down from $0.45.

Smartsheet stock is up more than 50 percent since the company went public this past April. The company has a market value of more than $4.5 billion. 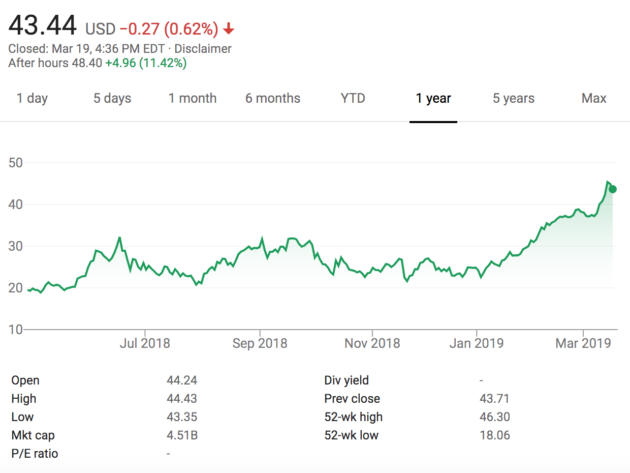 Smartsheet continues to see strong growth with its largest customers — 444 companies now spend more than $50,000 annually with Smartsheet. That’s up from 360 in the third quarter, and up 135 percent year-over-year.

Smartsheet is among a crop of “collaboration work management” enterprise companies attracting interest from investors in the public and private markets. Others include Asana, Airtable, Wrike, Trello, and giants such as Google and Microsoft.

Founded in 2005, Smartsheet was one of four Washington companies to go public in 2018. Others include tax automation company Avalara; e-signature powerhouse DocuSign; and industrial laser maker nLight.