—Bumped is putting last summer’s $11.5 million funding round to work. The Portland-based startup, which rewards shoppers with shares of stock when they buy a company’s products, recently named three high-level appointments.

Christian Casebeer joins Bumped as COO. Casebeer formerly headed operations at PayRange and was a co-founder of Giftango.

“We have a massive opportunity to bring something new to the millions of Americans who may have never participated in the stock market. We’re going to make it as easy as it should be,” Casebeer said in a statement.

Steve Maher was appointed chief revenue officer. He brings senior sales experience from his time at Medallia and CA Technologies.

Maher already has his Bumped pitch down: “By giving customers ownership in the companies they shop with, brands can build meaningful, 1:1 relationship with the people who support them,” he said in a statement.

Dave Merriwether has been named VP of product and strategy at Bumped. Merriwether brings an array of consumer product experience from past roles at Yahoo, Nike, Headspace and WebMD. 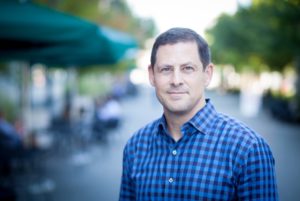 Porcarelli was at Starbucks for 13 years and worked on the company’s efforts to close its gender pay gap.

“I struggled to find a better way to conduct pay equity analysis for many of my years at Starbucks,” Porcarelli said in a statement. “When I found Syndio, I knew I found something that could truly change how companies address this issue.”

“I am excited to announce I’ve joined the @psl studio team to help build and invest in great startups,” Ng wrote on Twitter.

Rowe previously worked as a principal of RR CFO Services, where he helped steer several companies’ financial directions. He served as CEO and CFO of marketing platform TigerLogic and worked at a string of technology firms prior to that.

“It’s an exciting time to be part of the Act-On team as it’s grown into a cash-flow positive organization,” Rowe said in a statement. “I look forward to continue to develop its financial architecture for long-term stability, growth, and industry leadership.”

Act-On said that it hired 100 new employees in 2018 and became cash flow positive for the first time since it was founded 10 years ago.