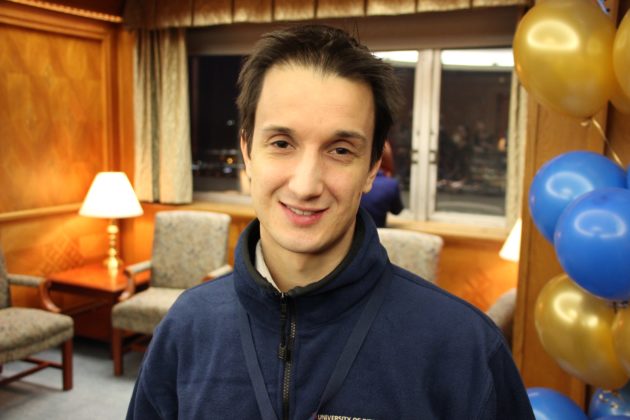 PITTSBURGH — Christopher Wilmer is a chemical engineer at the University of Pittsburgh, an assistant professor in the Swanson School of Engineering’s Chemical & Petroleum Engineering Department who uses computer simulations to investigate hypothetical materials.

RELATED: What is blockchain? GeekWire’s guide to this game-changing technology and its vast potential

Like many people in the technology world these days, he’s also interested in blockchain, best known as the fundamental underpinning of the Bitcoin cryptocurrency.

But Wilmer has taken his interest to a different level than most, as the co-founding editor of Ledger, the first peer-reviewed academic journal for blockchain and cryptocurrency technology research. He has also co-authored a book called Bitcoin for the Befuddled.

“There’s not anything really specific to chemical engineering that interests me in blockchain technology,” Wilmer explained, “but I was someone who got interested in 2011, and I realized that there wasn’t really a good venue for rigorous research in the field.”

We met Wilmer at a recent reception with Pitt researchers and scientists in the school’s Cathedral of Learning, and had to learn more. Continue reading for an edited transcript of our conversation about blockchain, Bitcoin and how the academic journal works. 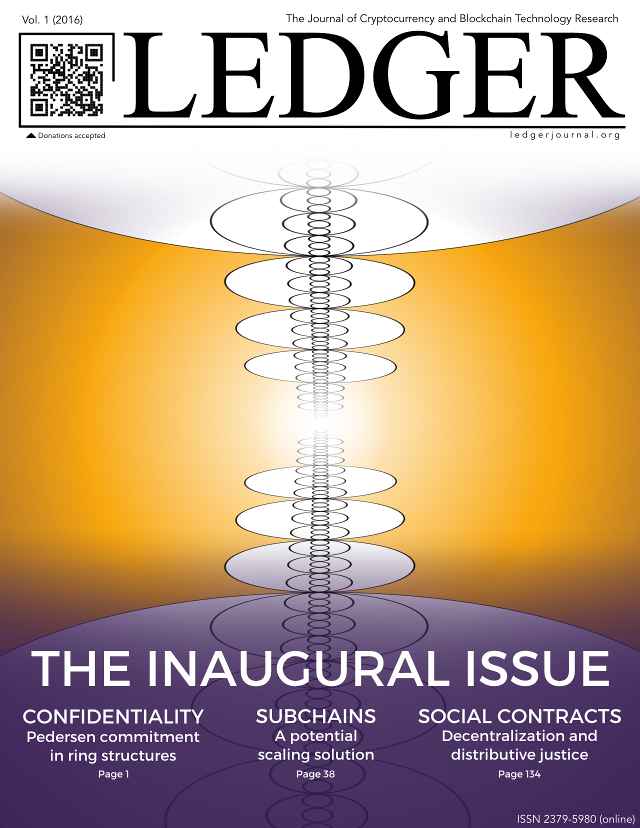 How does your journal compare to other journals in other scientific and academic fields?

Wilmer: The journal, by design, is a lot like other journals in its format. We have a traditional, peer-review process. We do actually use the blockchain a little bit. Something you can leverage the Blockchain for is time-stamping articles. We time-stamp articles with the Bitcoin blockchain. Beyond that, we’re intentionally like other peer-reviewed academic journals in new and emerging areas. But the focus is specifically blockchain technology research.

Is there one paper so far that stands out to you as something that moved the understanding of the state of the art to the next level?

Wilmer: There’s one paper on a topic called subchains. One of the frequently discussed issues with using blockchain as a payment mechanism, like with Bitcoin, is how do you accept payments instantaneously? Because, at least with Bitcoin, the blocks are added every 10 minutes. It’s different with Ethereum. And so the subchains paper, which is authored by Peter Rizun, talks about a method for having a statistically increased confidence in whether a transaction will be accepted in the Blockchain without waiting for the 10 minutes but instead waiting for these sub-blocks to be added onto subchains. That was a really innovative idea on solving an important part of the payment pains with Bitcoin so far.

Has that been rolled out?

Wilmer: No it hasn’t been rolled out yet. There is kind of a to-do list in the world of cryptocurrency, and there’s transaction limits and block sizes. But at some point, I think probably people will implement subchains.

Blockchain is a lot more than Bitcoin. How much of what you publish is about Bitcoin specifically versus other blockchain applications?

Wilmer: Most of it is other blockchain applications. We get a lot of submissions from law professors looking at smart contracts and automating the process. We have a very manual court system. Whatever contract you write, someone has to read it, interpret it. It’s all human, so it’s very, very slow. Blockchain technology enables the use of smart contracts, and various legal scholars have jumped in to imagine a world where a lot of our laws execute and enforce in an automated way, using blockchain technology. So I would say the majority are not focused on payment, but we do get ones also focused on Bitcoin as a financial instrument and other cryptocurrencies as financial instruments.

What’s going to happen to blockchain over the next five years?

Wilmer: I think it will keep growing. There are two steps to really appreciating how important blockchain technology is. First, you have to understand how it works. You have little ah-ha moments, like ‘Oh this is interesting.’ Then you have to understand how our current legacy system works. Once you realize how complicated and inefficient it is, you’re like, well clearly it’s just a matter of time before we migrate to this vastly superior technology.

Once you realize how complicated and inefficient [our current system] is, you’re like, well clearly it’s just a matter of time before we migrate to this vastly superior technology.

What were the biggest ah-ha moments that sold you on the technology?

Wilmer: I first heard about Bitcoin in 2011. An article in Wired magazine said you could buy chocolates online with it. That was my starting point. I was just like, oh I’m going to try to buy chocolates online with this thing call Bitcoin that I can’t understand. I went down the rabbit hole and about six months later, I used something called a brainwallet. A brainwallet is where you store Bitcoins in your brain, and so I sent Bitcoins from my laptop to my brain, and then from my brain back to my laptop. Once I did that, I was like, this is really different.

How does that work?

Is Pittsburgh a center for Bitcoin and blockchain, or are you alone out here on the frontier?

Wilmer: There’s quite a bit of activity. There’s a fairly popular movie called The Rise and Rise of Bitcoin. That’s actually was produced and directed here by Nicholas Mross, who was one of the earliest Bitcoin adopters. We also have one of the longest-running Bitcoin meetup groups.

Ledger, the Journal of Cryptocurrency and Blockchain Technology Research, is available for free online