Amazon isn’t the only tech giant doubling down on the Big Apple.

Google plans to double its workforce in New York City to more than 14,000 people over the next decade, setting up a showdown for top tech talent in the city where Amazon is putting one of its two HQ2s. Ruth Porat, Google’s chief financial officer, discussed the New York expansion at Wall Street Journal’s D.Live conference, framing the move as a way to gain access to a greater variety of talent.

“Not everybody — big surprise — wants to live in Silicon Valley, so we want to make sure we have the opportunity to build vibrant centers across the country,” Porat said at the event.

The Big Apple is in for a crush of tech jobs over the next decade, as Amazon today confirmed New York as one of two winners of the infamous HQ2 competition, along with Northern Virginia. The New York office will be in the Long Island City area in Queens, and Amazon pledges to bring 25,000 jobs and $2.5 billion in investment. 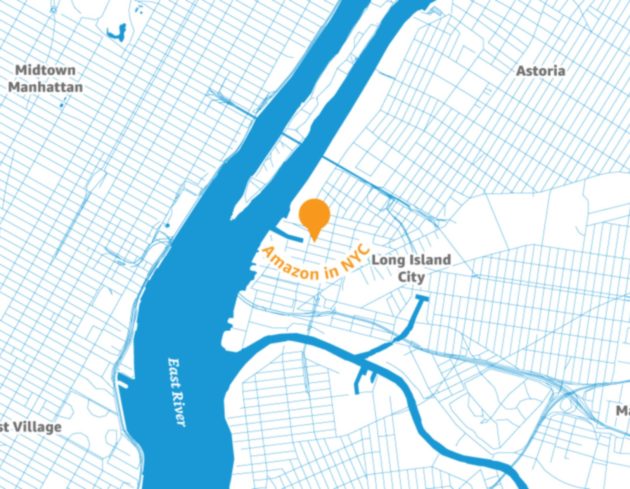 Google and Amazon’s respective expansions in New York open up a new front in the battle for talent among the tech giants. Google has a major outpost in Amazon’s hometown of Seattle that is growing all the time.

Google is building a huge campus right in Amazon’s backyard in the South Lake Union neighborhood in Seattle. Google added a third block recently, growing the size of the future campus to approximately 930,000 square feet. That campus would have room for anywhere between 4,500 and 6,200 people.

Additionally, Google leased space in Bellevue, Wash. and is rumored to be scooping up a huge office project in Kirkland, Wash. that is near other Google offices in that city.

In New York, Google is reportedly closing in on buying or leasing a planned 1.3 million-square-foot office project in the West Village neighborhood called St. John’s Terminal. The project, which will be ready in 2022, has room for approximately 8,500 Google employees, The Wall Street Journal reported.