Google’s newest Seattle office building, an expansion of the already enormous campus under construction in the South Lake Union neighborhood, is beginning to take shape.

The team developing the building showed off plans for the 12-story, 322,000-square-foot structure Wednesday at a design review meeting, one of the first steps of the city’s approval process. The project team plans to begin work on this block, which will also include 17,000 square feet of retail space, in the fourth quarter of 2019, and it will be ready for Google in 2021. 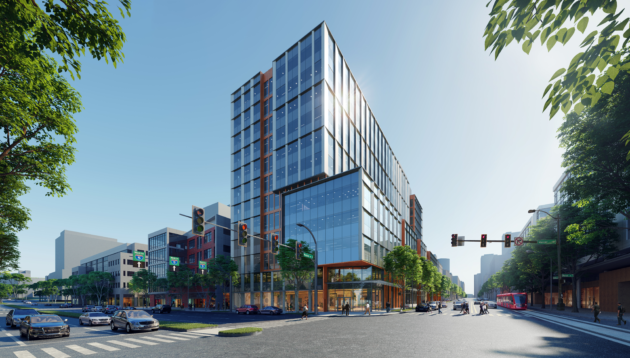 Google first announced the campus in 2016 with four buildings spread across two blocks totaling 607,000 square feet of office space and 149 residential units. The new building adds a fifth building on a third block to the campus. 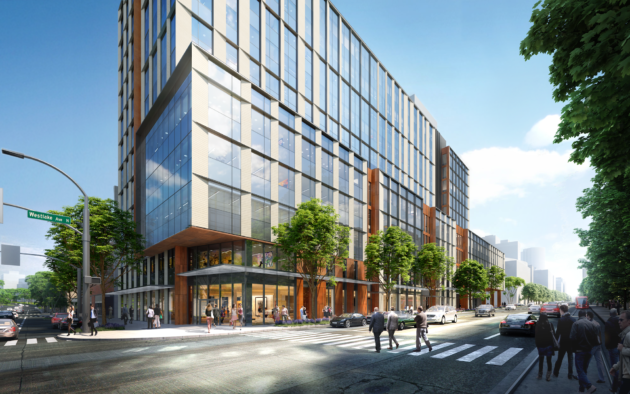 Paul Allen’s Vulcan Real Estate is developing the campus. NBBJ is designing the project and GLY Construction is the general contractor. 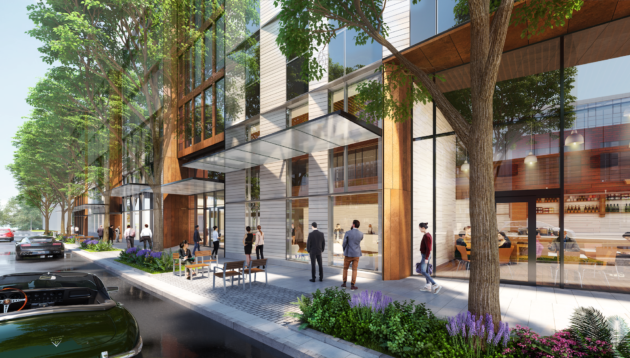 The South Lake Union neighborhood has long been Amazon’s domain, and Vulcan developed much of the tech giant’s campus. But Google is making its presence felt in the neighborhood, with the newest building placed on the same block as one of Amazon’s offices. Facebook’s rapidly growing presence further intensified the competition for talent and office space.

The expansion of this already huge campus is another example of Google’s insatiable appetite for office space in the Seattle area. The tech giant has been scooping up every available piece of real estate in the Fremont neighborhood, including taking space from other major tech companies like Tableau Software. 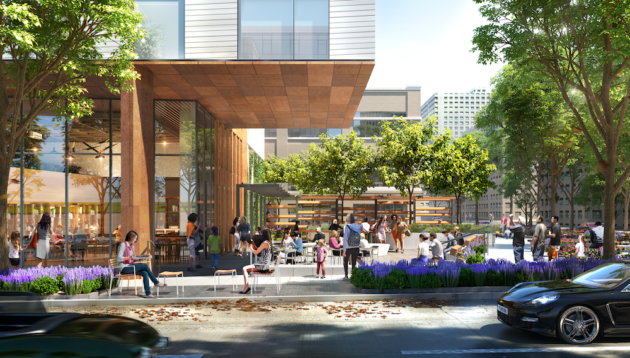 Google hasn’t said how much of its current space it will hold on to once the Seattle campus is built.

Google has a campus in the Seattle suburb of Kirkland and has long been rumored as a candidate to take a big chunk of space at a project called Kirkland Urban that also counts Tableau Software and Wave Broadband as major tenants. In addition, Google is taking space in downtown Bellevue with the option to grow even more.