Well, it’s not quite HQ2 or HQ 1.5, or whatever Amazon’s headquarters search may now be called.

But Nashville — one of the 20 contenders for Amazon’s second headquarters — will receive a major investment from the Seattle tech powerhouse, with the company announcing on Tuesday morning that Music City, U.S.A will become a new “Center of Excellence for its Operations business.”

The new center — responsible for customer fulfillment, transportation, supply chain and other functions — will employ 5,000 people in Nashville, just north of the Gulch, an upscale area between the famous music district and downtown.

The company will begin hiring for the Nashville location in 2019, and it said the new facility will lead to $230 million in investment; one million square feet of office space and “an estimated incremental tax revenue of more than $1 billion over the next 10 years” as a result of new job creation.

Here’s the incentive plan that Nashville put forth to lure Amazon:

Tennessee is a transportation and logistics hub, so it makes sense to anchor operations there. Delta and Alaska also offer direct flights from Seattle to Nashville, making it easier for executives and employees to move between the two cities.

“We want to thank Amazon for its continued investment in the state of Tennessee and are excited about the additional 5,000 corporate jobs they will be creating in Nashville,” said Governor Bill Haslam of Tennessee, in the press release. “It has never been clearer that Tennessee is a great place to do business, and we continue to attract a wide variety of global companies that provide high-paying, quality jobs for our residents.”

But in an interview with GeekWire last week, urbanist Richard Florida predicted this new multi-office strategy, and noted that Nashville was suited as a possible logistics hub.

Here is the location of the Nashville operation. 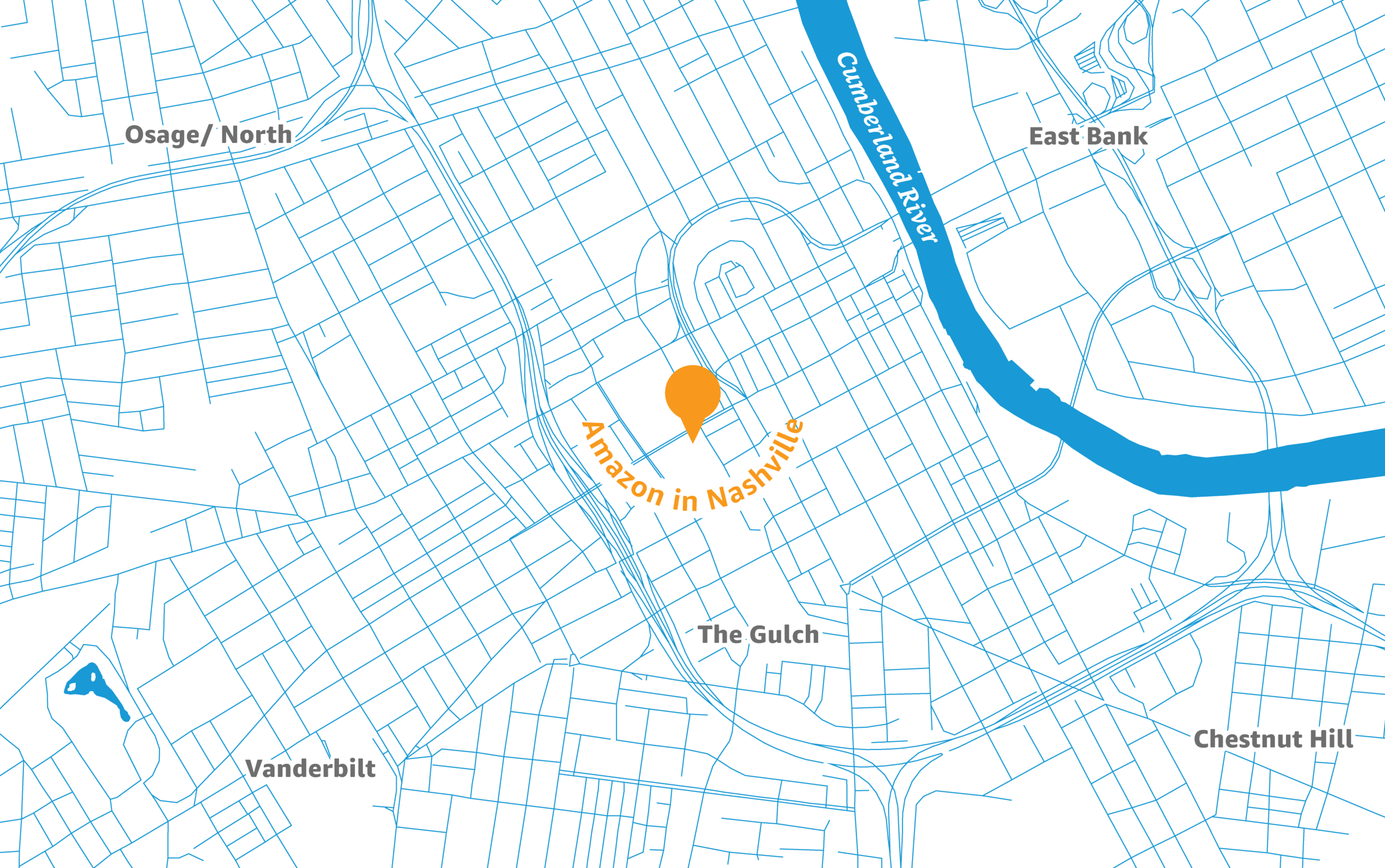 And here is a Nov. 2 letter sent to Amazon from Nashville Mayor David Briley in which he makes the case for his city, writing that “Nashville is built on a solid foundation with a hospitable, entrepreneurial and optimistic culture. We want to grow with you into the future.”

Nashville and Davidson County Agreement (1) by John Cook on Scribd