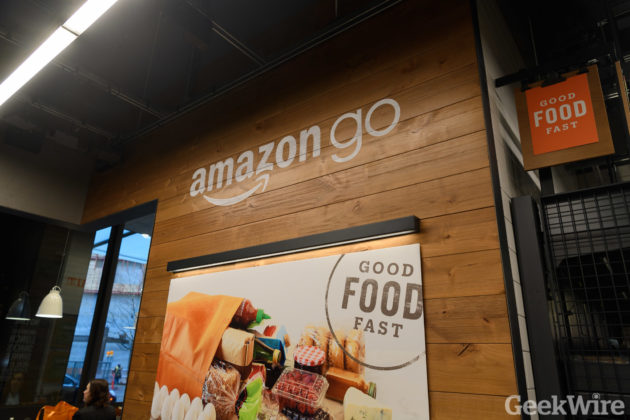 The first Amazon Go store is finally open to the public today, and it looks like Amazon is just getting started with the cashier-free convenience store concept.

Amazon has listed on its jobs page more than 40 positions working on Amazon Go, covering everything from real estate and construction to food service to IT, suggesting expansion of the cashier-free grocery concept. Asked about plans for future Amazon Go stores during the lead up and opening of the first location, company representatives on multiple occasions declined to comment.

The highly anticipated new concept lets any person with an Amazon account, a smartphone equipped with the Amazon Go app and a willingness to give up more of their personal privacy than usual grab anything they want and walk out, without going through a checkout line. After shoppers check in by scanning their unique QR code, overhead cameras work with weight sensors in the shelves to precisely track which items they pick up and take with them. Amazon Go’s systems automatically debit accounts for the items customers take, sending the receipt to the app.

Framed against the overall growth of Amazon — the tech giant employs more than 541,900 people worldwide and 50,000 in the Seattle area alone — 40 jobs doesn’t look like much. But each of those positions could lead to multiple hires, and it shows that Amazon Go is speeding up, rather than standing still. The number of open positions is also up from a year ago, when Amazon was only had a few postings related to Amazon Go.

More than half of the postings are dated within approximately the last two months and give hints about expansion. According to a posting for an Amazon Go senior real estate manager that went up in December, Amazon is looking for someone who can “develop and execute a strategic real estate plan” for Amazon Go, find and acquire the right sites, manage lease negotiations and work with architecture and construction teams to make sure store launch processes goes smoothly, from beginning to opening.

It is unclear where or when the next Amazon Go store will pop up, and Amazon itself acknowledges that uncertainty in its job postings. Several postings say that candidates “should be comfortable with a degree of ambiguity that’s higher than most projects and relish the idea of solving problems that haven’t been solved before — anywhere.”

Rumblings and evidence of Amazon Go expansion have percolated for months, well before the opening of the first store. As Amazon was still fine tuning the concept, it got the OK last year from the United Kingdom’s Intellectual Property Office to trademark slogans like: No Lines, No Checkout. (No, Seriously.) and No Queue, No Checkout. (No, Seriously.) These slogans show up regularly in Amazon Go promotional materials and indicate that the company is thinking internationally about the store concept.

Locally, Amazon Go has been linked to a site in the Capitol Hill neighborhood of Seattle in the past, but permitting activity at the site has slowed, making it seem that Amazon has moved on from that potential location.

Amazon has been deliberate with Amazon Go, taking 14 months to fine-tune the store in a beta test open only to Amazon employees. Most of its retail concepts are too new to find a pattern of expansion. Amazon Books, which opened its first location in October 2015, announced a second store four months later in San Diego. The first two AmazonFresh pickup stores opened in Seattle last May, and the company has yet to announce any additional locations.