New signage for Amazon Books recently appeared on a storefront at the mall, with the company confirming that it is currently hiring store managers and associates for the store, reports The San Diego Union-Tribune. The new store will be located near a Tesla and Apple store at the mall. An Amazon sign on the store indicates that the retail store will open this summer.

And speculation rose last month that Amazon’s physical retail presence would grow even bigger when the CEO of a large mall operator said that the powerful online retailer had plans to open as many as 400 new retail stores. 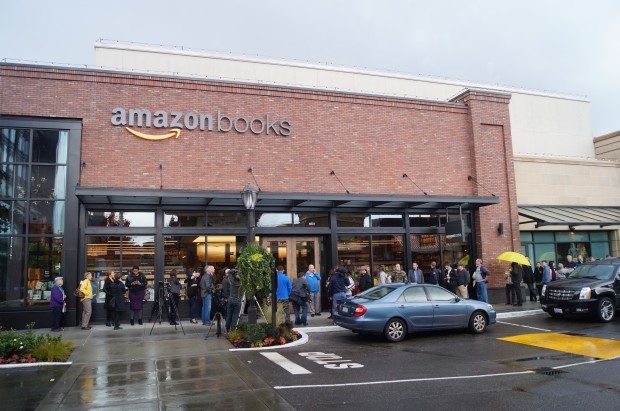 CEO Sandeep Mathrani later backed away from his remarks, saying that his comments were not intended to represent Amazon’s plans.

But the new San Diego store indicates that the Amazon is at least satisfied enough with the results of its Seattle location to expand the concept further.

Amazon is looking at ways to connect more deeply with its customers beyond the online world, and it has expanded services such as Amazon Fresh grocery delivery and unveiled programs such as Amazon Flex, a package delivery service that employs independent contractors to deliver goods directly to customers’ front doors.

Last November, Jennifer Cast, VP of Amazon Books, told GeekWire that the new bookstore would help “people have a different view into books.”

“We hope that if this goes well, if customers love it, we’d love to do it in other places,” Cast said.