Amazon may be planning another grocery store in Seattle, in addition to the drive-up locations under construction and the new Amazon Go convenience store in the company’s recently-opened Day One Building.

Permitting documents from 2015, originally spotted by Capitol Hill Seattle, list Frank Coe, an Amazon senior project manager, on plans for a 10,000-square-foot retail store at the new Ava Capitol Hill apartment complex. Coe, according to his LinkedIn profile, worked on the launch of the first Amazon Books location in Seattle’s University Village, and he was involved in planning the Amazon Go store.

Amazon did not immediately respond to a request for comment.

Windows at the current space are blocked off by cardboard; a small opening shows aluminum laid down, but not much else: 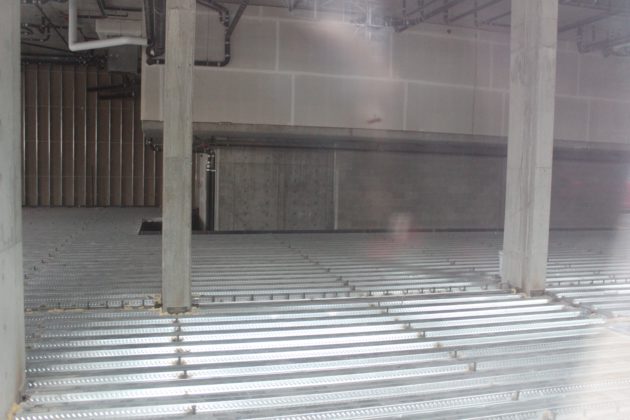 It is unclear if Amazon is still pursuing the store in that space. Permits for the store are expected to expire in the summer, and Capitol Hill Seattle reports that it has been months since any work was done in that space.

Amazon’s brick-and-mortar rollout initially began in November 2015 when it opened a bookstore in Seattle’s University Village.

Editor’s note: Story updated with photos and details of the existing space.