Amazon really wants Alexa everywhere — even inside your microwave.

Amazon unveiled a flurry of new devices on Thursday at a press event in Seattle, but perhaps most surprising was a new $60 WiFi-connected and Alexa-enabled Amazon Basics Microwave.

Dave Limp, Amazon senior vice president of devices and services, demoed the new product on stage with a potato, showing how the microwave can be activated with your voice. The device doesn’t have Alexa built-in, but works with an accompanying Alexa-enabled device. 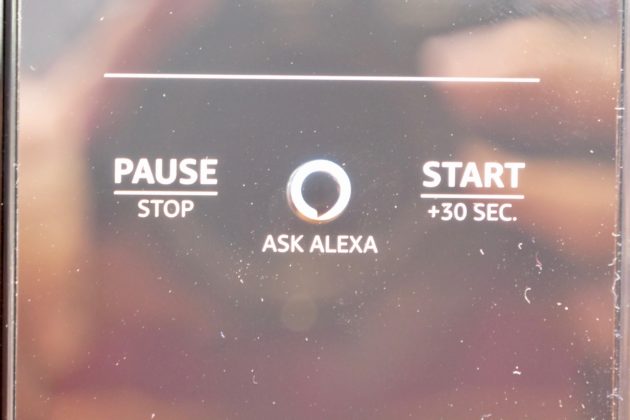 The microwave also has a built-in Dash replacement feature, allowing users to order items such as popcorn. The device is available for pre-order and will ship later this year.

I’d like to introduce you to the AmazonBasics Microwave that brings the simplicity and convenience of voice to a compact countertop microwave. The team started with the most popular appliance that’s out there today. It’s also one of the hardest devices to integrate with – if you’ve ever tried to use your phone by the microwave, you know what I mean.

Problem is that customers only use a fraction of the features. How many of you know how to defrost peas in a microwave?

Alexa changes that. The AmazonBasics Microwave includes dozens of quick-cook voice presets, so you can cook just by asking Alexa.

And because you’re standing in front of the microwave to put in your food, the AmazonBasics Microwave comes with a built-in Ask Alexa button. Simply press it and give a cooking command like “two minutes and 30 seconds on medium” to start cooking.

And, the team integrated the Dash Replenishment service… to automatically reorder popcorn when you’re running low.