Cambia Grove, a hub for healthcare startups and entrepreneurs, announced Wednesday that founder and executive director Nicole Bell is leaving the company to join Amazon Web Services (AWS) as a liaison to the healthcare industry.

As more entrepreneurs and startups join the healthcare industry and larger companies begin to digitize on a large scale, cloud computing services that tailor to the specific needs of healthcare companies are becoming more in demand.

AWS has a section of cloud computing services aimed at healthcare companies and in line with HIPAA requirements that protect patient safety. Bell’s addition is a sign the company will even further embrace a role in healthcare technology.

Bell founded Cambia Grove in 2015 and has led it since. She has a long history of working in the healthcare and startup spaces, including serving as director of business development and strategic partnership with the affiliated Cambria Health Solutions network and her current role as a partner with Seattle’s Social Venture Partners.

Bell’s last day at the company will be June 30, and in her absence, Maura Little will serve as interim executive director. Little has served on Cambia’s board for over two years and joined the company as its assistant director of partnerships in April.

— Three years ago, two former Microsoft employees set out to create an investment firm to fuel the next wave of enterprise software companies.

That company is Tola Capital, and it just led a $12 million Series D round for Chicago-based Snapsheet, which offers a virtual insurance claims platform for automotive insurance companies.

As part of the funding, Tola Co-founder and Managing Director Sheila Gulati has joined Snapsheet’s board of directors. Before founding Tola, Gulati served in leadership positions at Microsoft for over a decade, most recently as the company’s general manager of application platform and developer marketing.

Snapsheet will use the funds to further develop its platform, which leverages artificial intelligence to provide a mobile-first, end-to-end virtual insurance claims experience.

“The traditional insurance claims cycle has been fraught with laborious, multi-step processes that were inconvenient to insurance customers and costly for carriers and repair shops,” Gulati said in a press release. “Snapsheet has created a platform that has optimized a key workflow for its customers and created a deeply valuable set of data to further drive insight and business value for the insurance industry.” 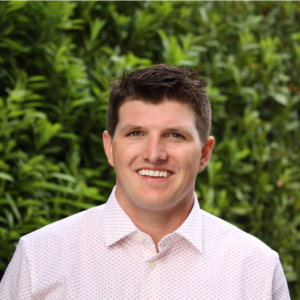 Koch joins the company from Maker Studios, a multichannel network founded by several YouTube personalities and other online content creators and now a subsidiary of Disney. He was a sales manager at Maker and previously worked as an account/project manager in Microsoft’s Xbox division.

“Innervate has created software that allows game developers and other brands to connect with their audience at scale. Two products are already in market, Red Shell and Gamesight, which compliment a wonderful customer journey on flexible and transparent business terms for both the creators and the game brands they love. I am excited to join this team and grateful for all the experiences and people who have helped me along the way,” Koch said in an emailed statement.

— John Kahan, Microsoft’s general manager of customer data and analytics, has joined the board of directors for Austin, Texas, based enterprise mobile software startup Phunware. Kahan will serve as Phunware’s first independent director.

Kahan has led Microsoft’s data insight group for over a decade and previously led its global relationship marketing group. He formerly spent 18 years at IBM and served as the company’s VP of of integrated marketing communication.

“Phunware is undoubtedly a market leader in the mobile space, namely because of its expertise and proven success helping some of today’s best-known brands leverage mobile data across their businesses,” said Kahan. “It has a terrific platform and network of mobile data insights, and a huge opportunity ahead of it. I’m honored to join the Phunware Board and excited to be a part of its continued success.”

Carter first joined the company a year ago and previously served as the director of data sciences. Before joining Blueprint, he spent three years as the principle software engineer for energy efficiency software company Optimum Energy.

In his new role, Carter will decide the company’s technical direction as well as defining its solutions, leading quality assurance and supporting client development.

“Chris brings with him a long track record of thought leadership in multiple technologies and has an amazing vision for our future potential. He exemplifies our core values and lives Blueprint every day. Chris has made a significant impact on the company and has fundamentally changed the way we think about our potential, which is why we chose him to lead this division,” Blueprint Co-founder and President Ryan Neal said in a press release.