It’s a good day for the pups at Amazon.

The park is open to the public, and will eventually also include a turf field later this summer as part of the Spheres’ public plaza. This is Amazon’s second dog park — the other is on a rooftop at the nearby Doppler building, which opened in late 2015. 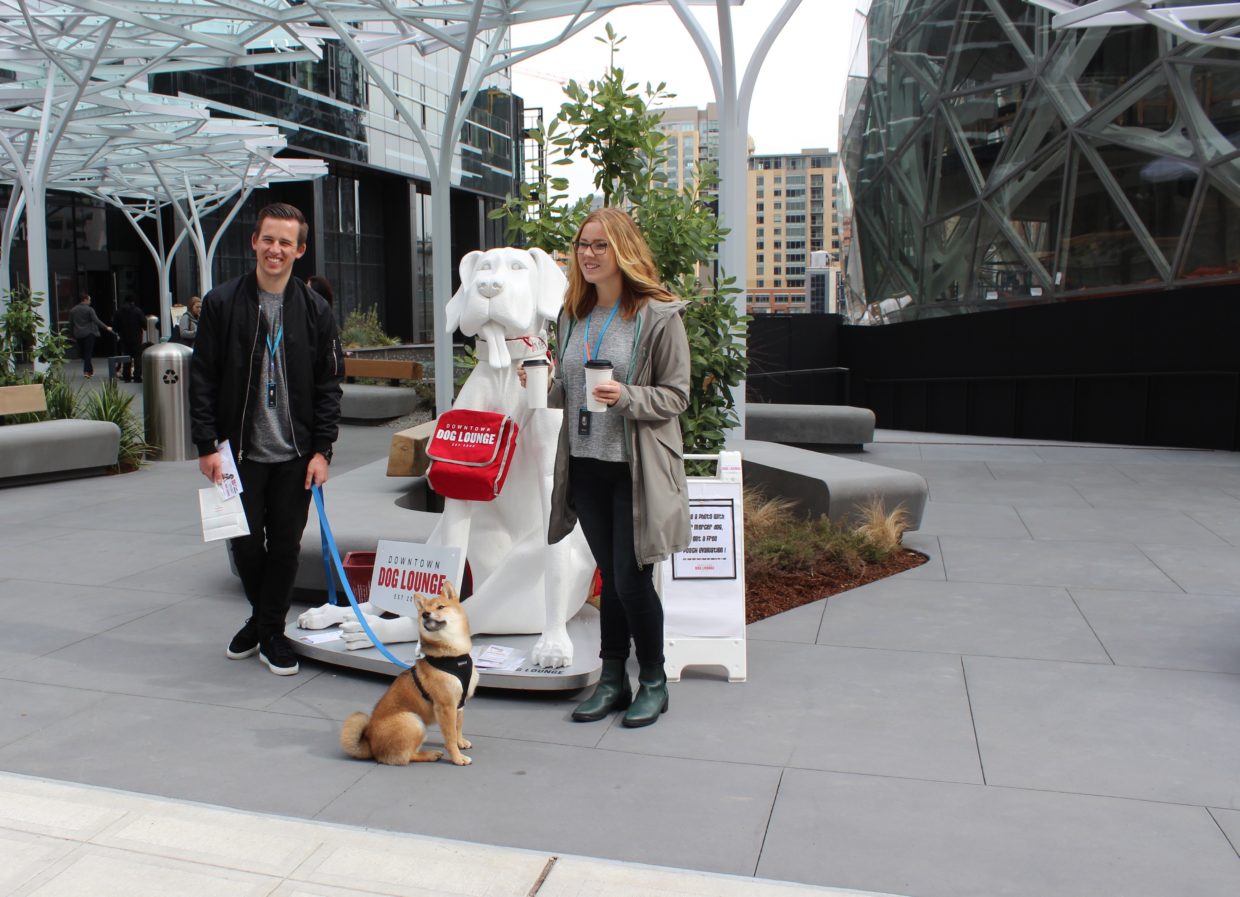 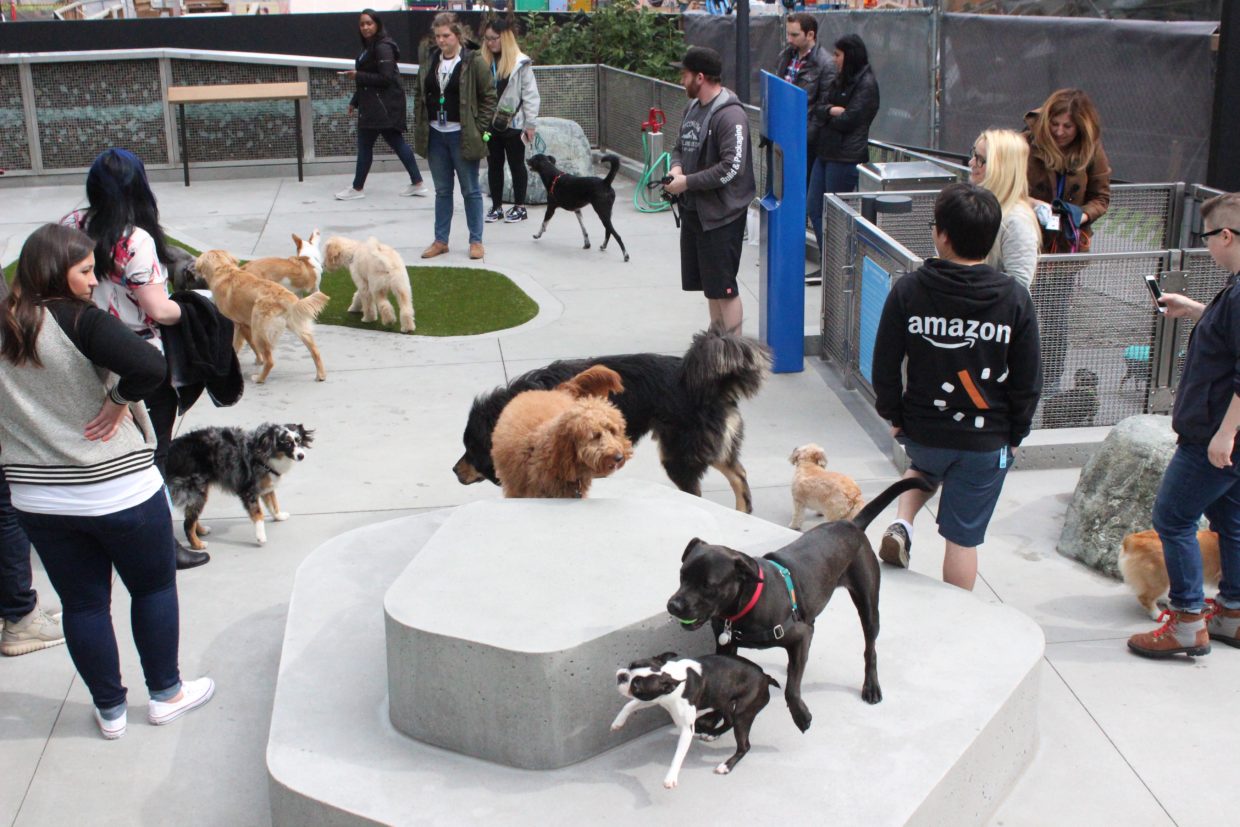 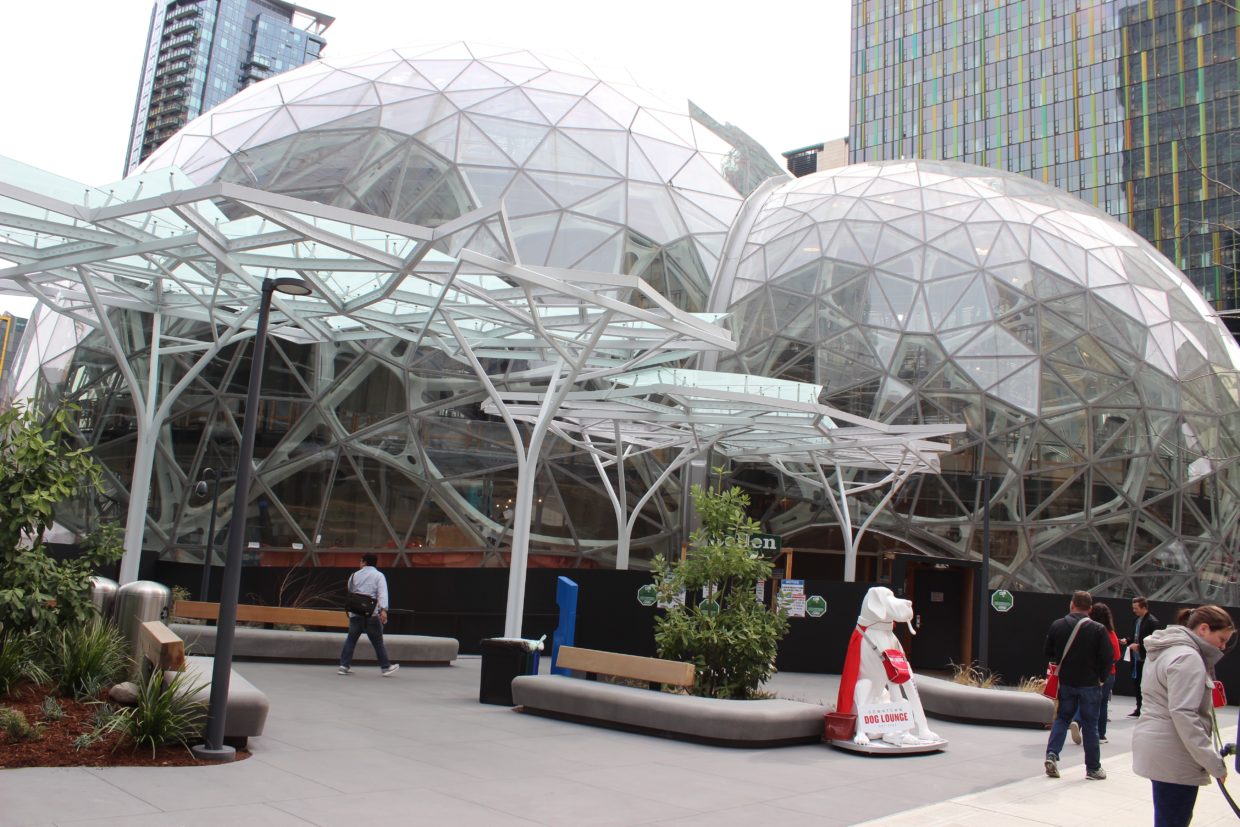 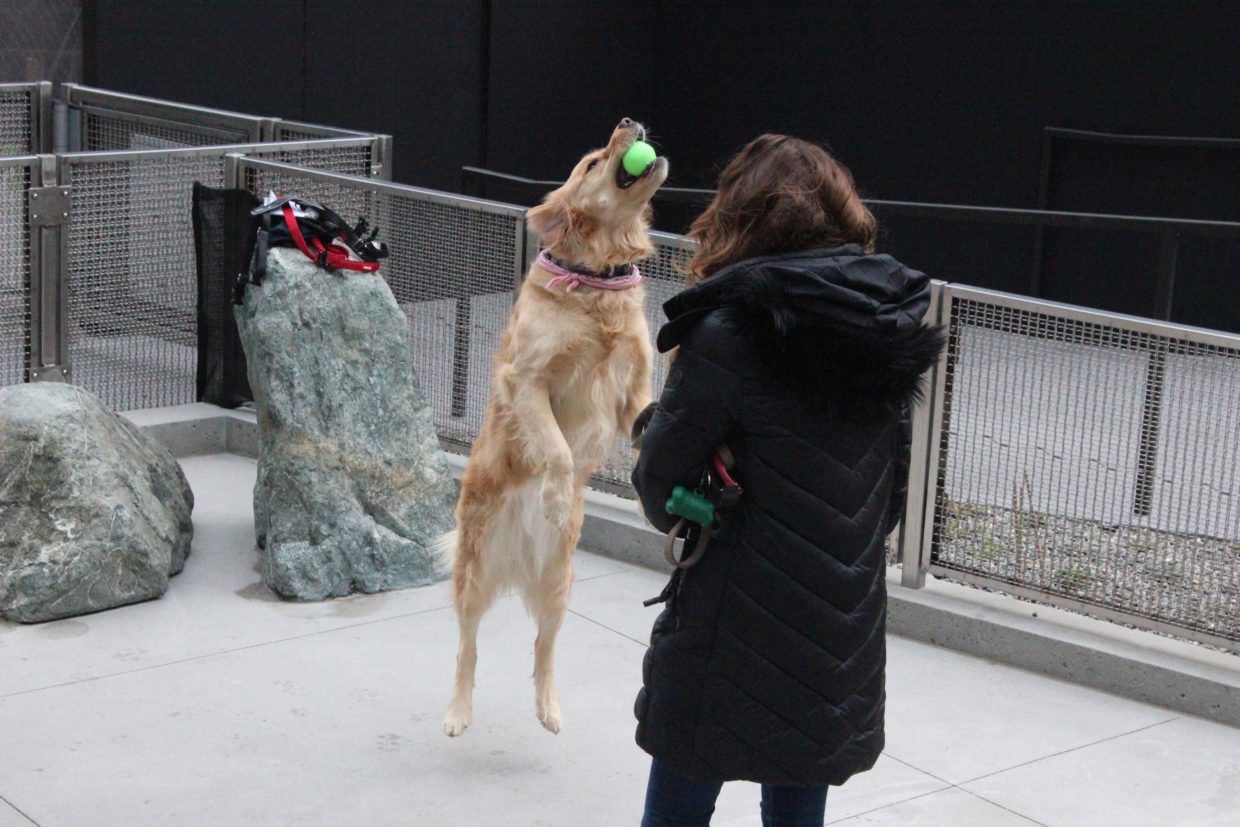 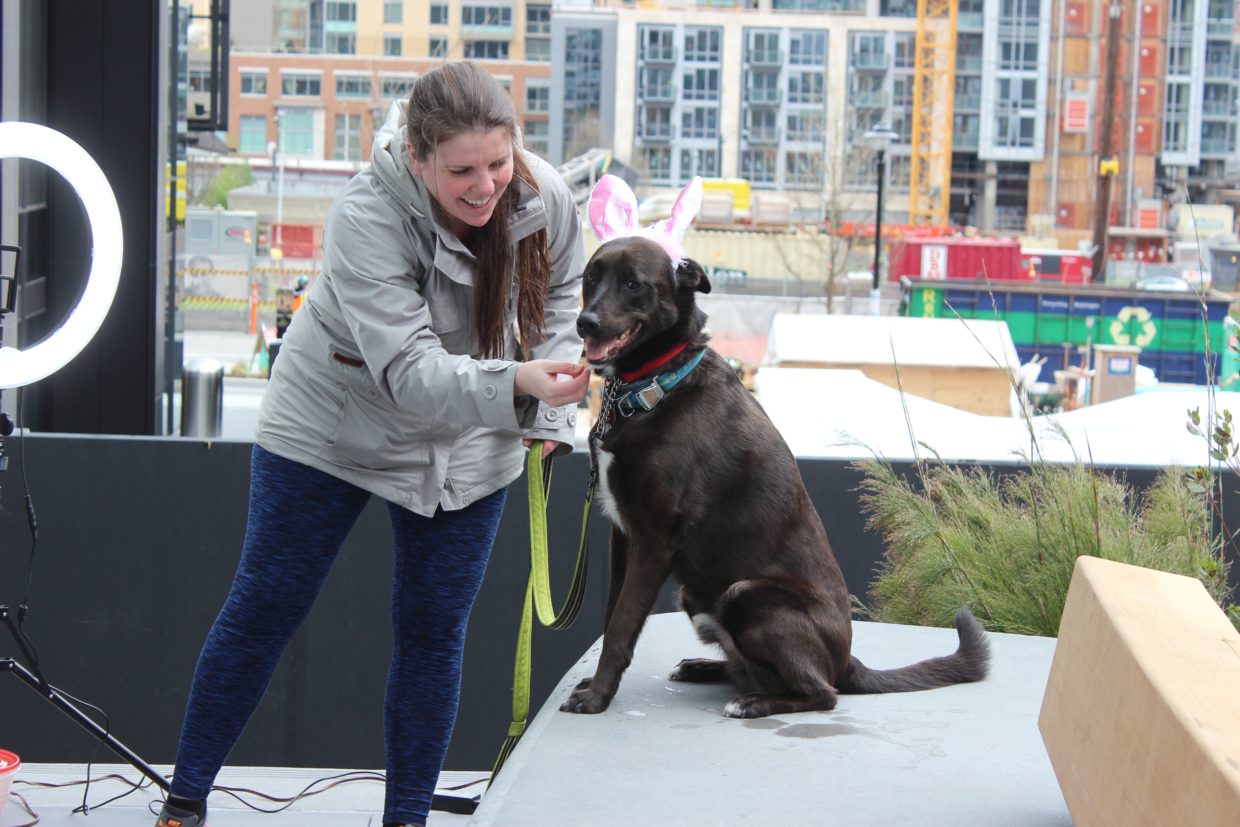 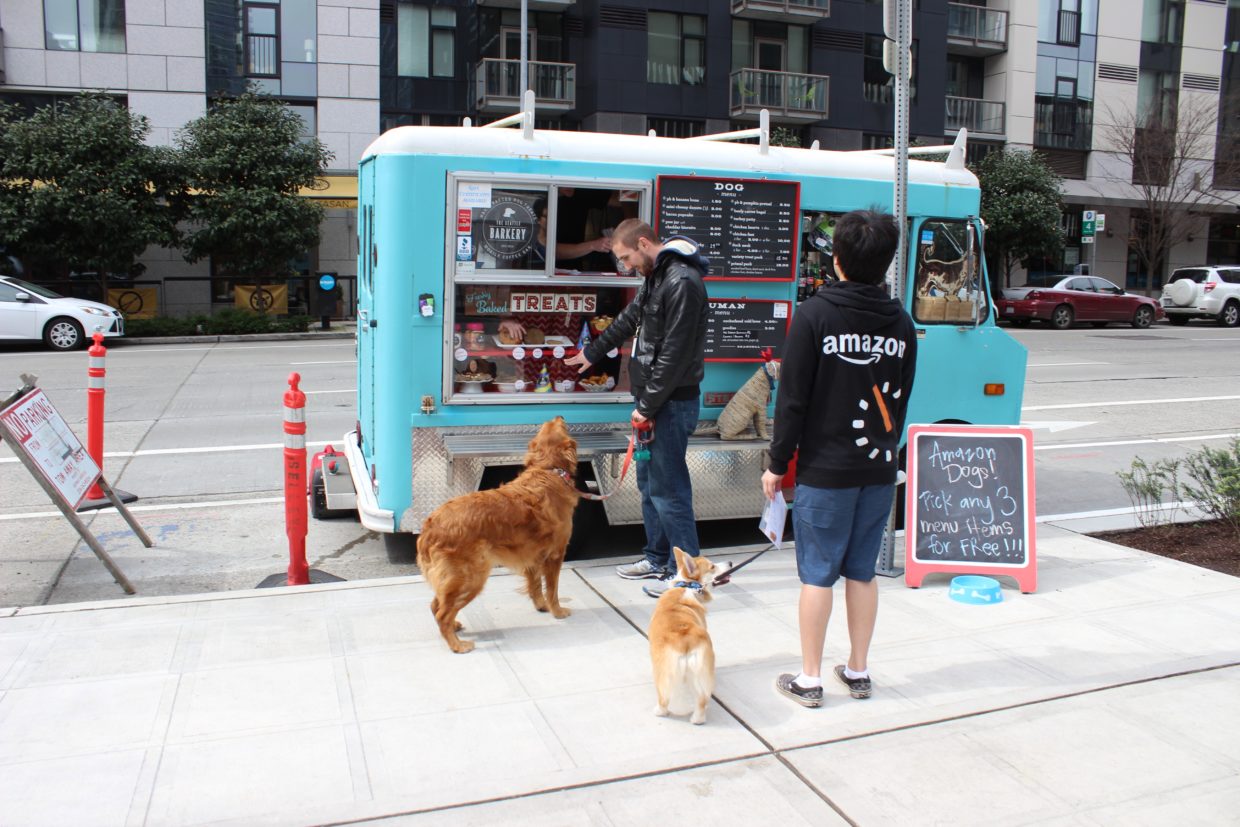 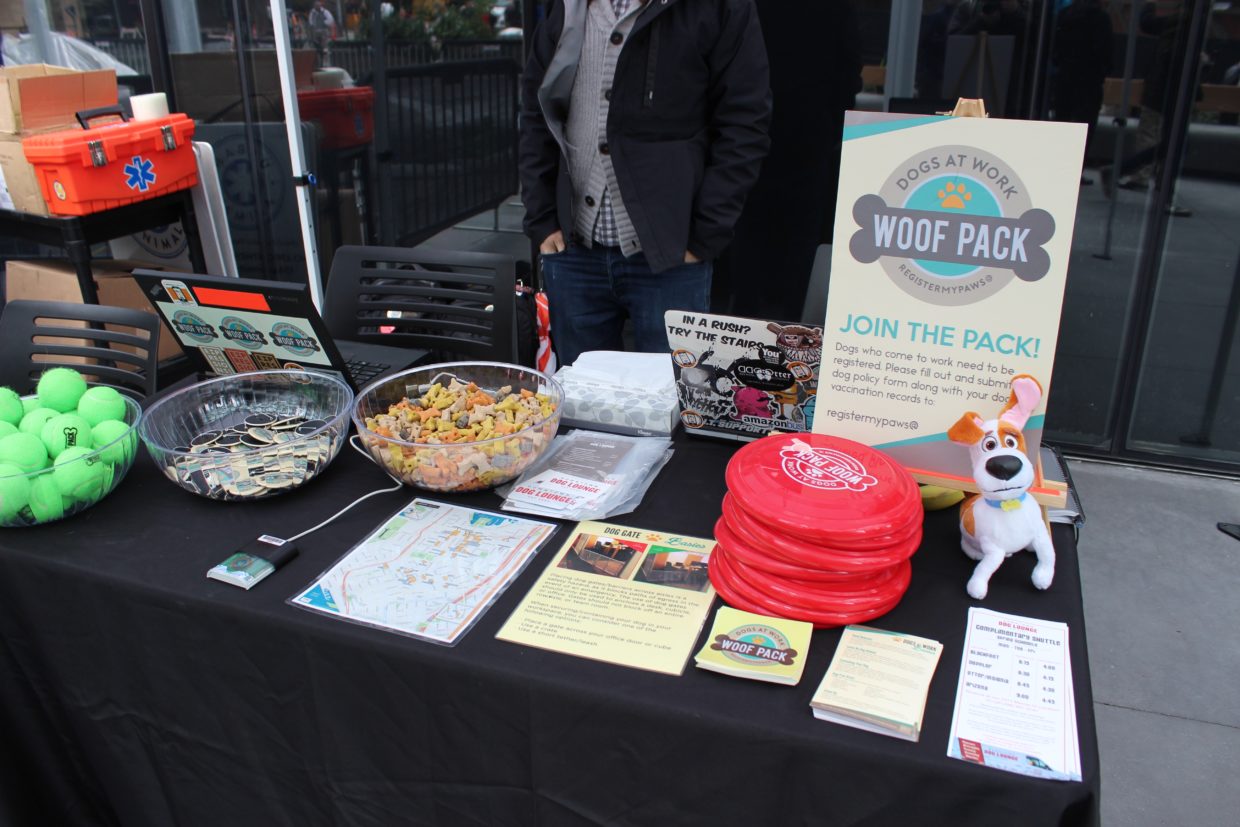 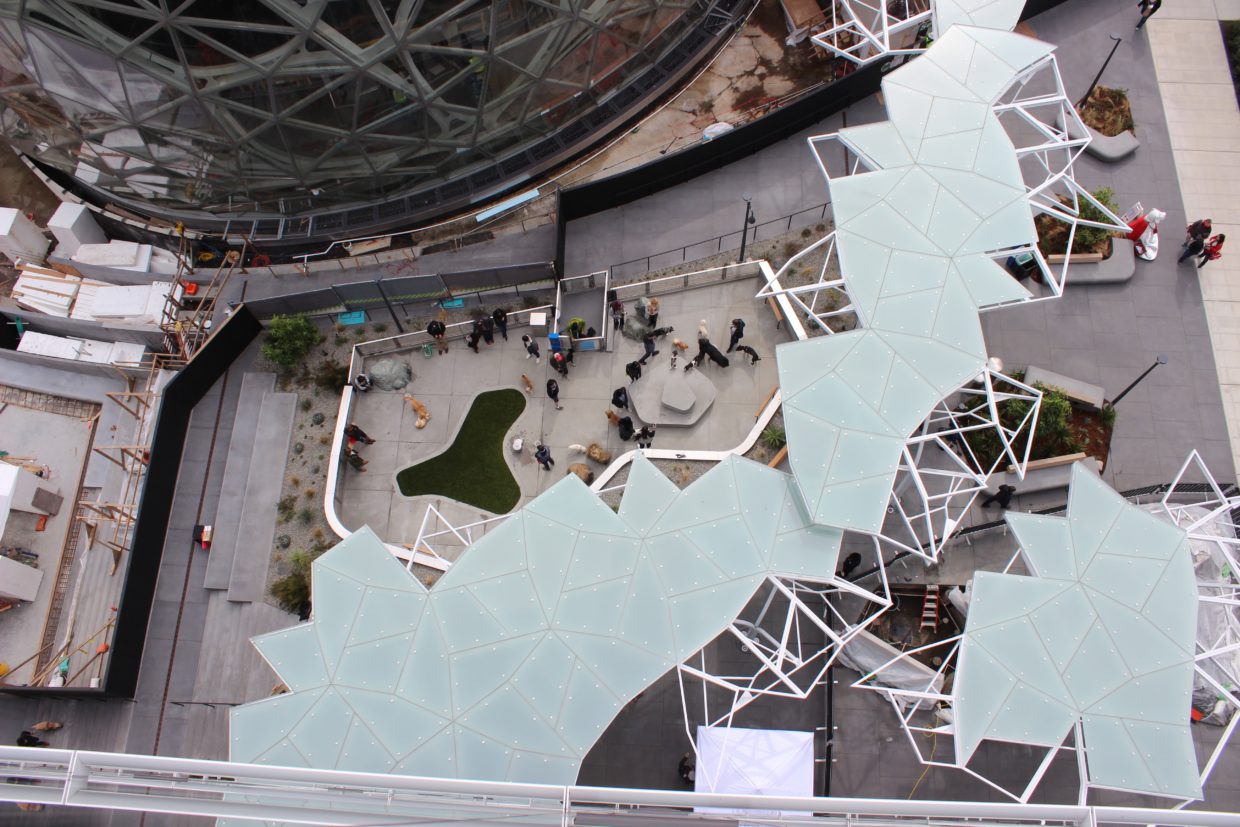 Dogs are a big deal at Amazon. There are more than 2,000 of them registered at the company’s headquarters in Seattle, where reception desks are stocked with biscuits and some water fountains around campus are set at dog height. Amazon even has a special page on its website — “Meet the dogs of Amazon” — that profiles more than 30 pups.

One of those is Milly, a 4-year-old Golden Retriever that has come to Amazon with her owner Amy Lewis nearly everyday for the past three years. Lewis, a recruiter at Amazon, said she’d be hard-pressed to take another job where she couldn’t bring her dog into the office.

“She’s a fixture on our team,” Lewis said of Milly.

Eliana Parenti, an instructional designer at Amazon, said one of the main reasons she relocated from Miami to work for the tech company was their dog policy.

“We are wearing layers because we just moved here and this is cold for us,” she said of Marcelo, her 13-year old Dachshund, and Angela, a 13-year-old Mini Pinscher.

Sebastian Kurin, a lawyer who works with the Amazon Web Services team, said being able to bring Simba, his 2-year-old half-Shitzu half-Bordie Collie, into work everyday was “something I was most excited about when I got a job offer at Amazon.”

“It’s the biggest perk of working here,” he added.

Other employees echoed those thoughts, noting how their dogs provide stress relief and help the overall work environment at Amazon.

“With my team, it definitely brightens everyone’s day to see him,” Krysta Smith said of Whiskey, her 4-month old Mini Aussie.

The new dog park is the first area to open for both Amazon employees and the public within the Spheres’ public plaza, which will officially be completed this summer. The turf field will be installed adjacent to the dog park, in this area: 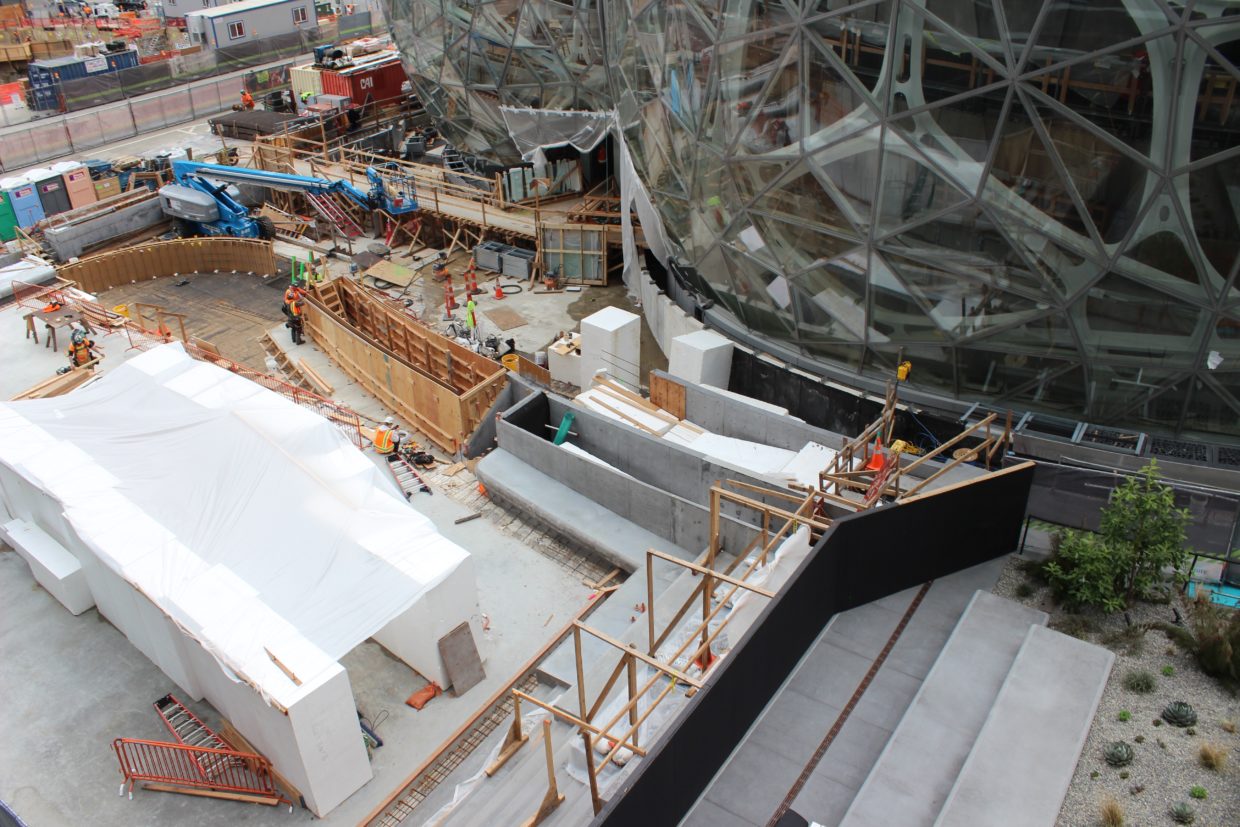 The Amazon Spheres themselves are not scheduled to open until early 2018. The domes, located between Sixth and Seventh Avenues at Lenora Street, will feature hundreds of exotic plant species and serve as a work and relaxation space for employees. 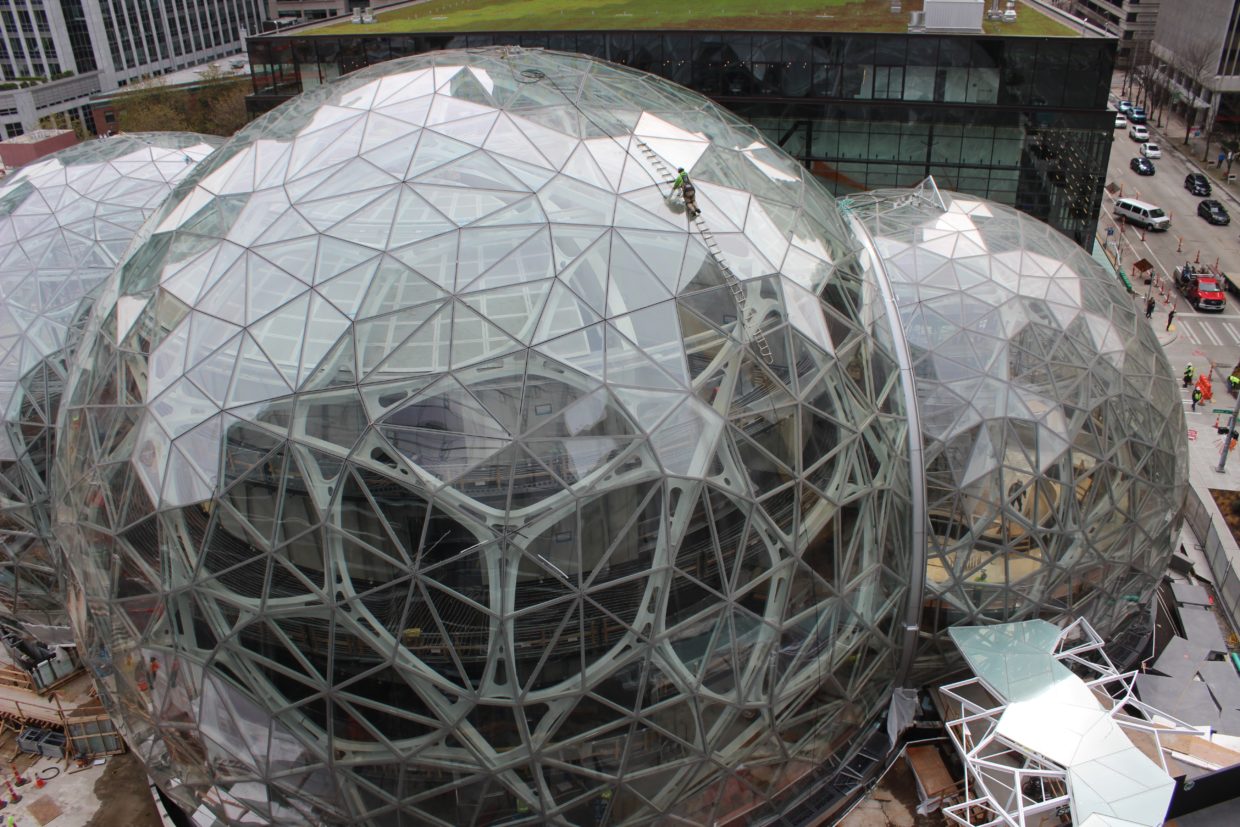 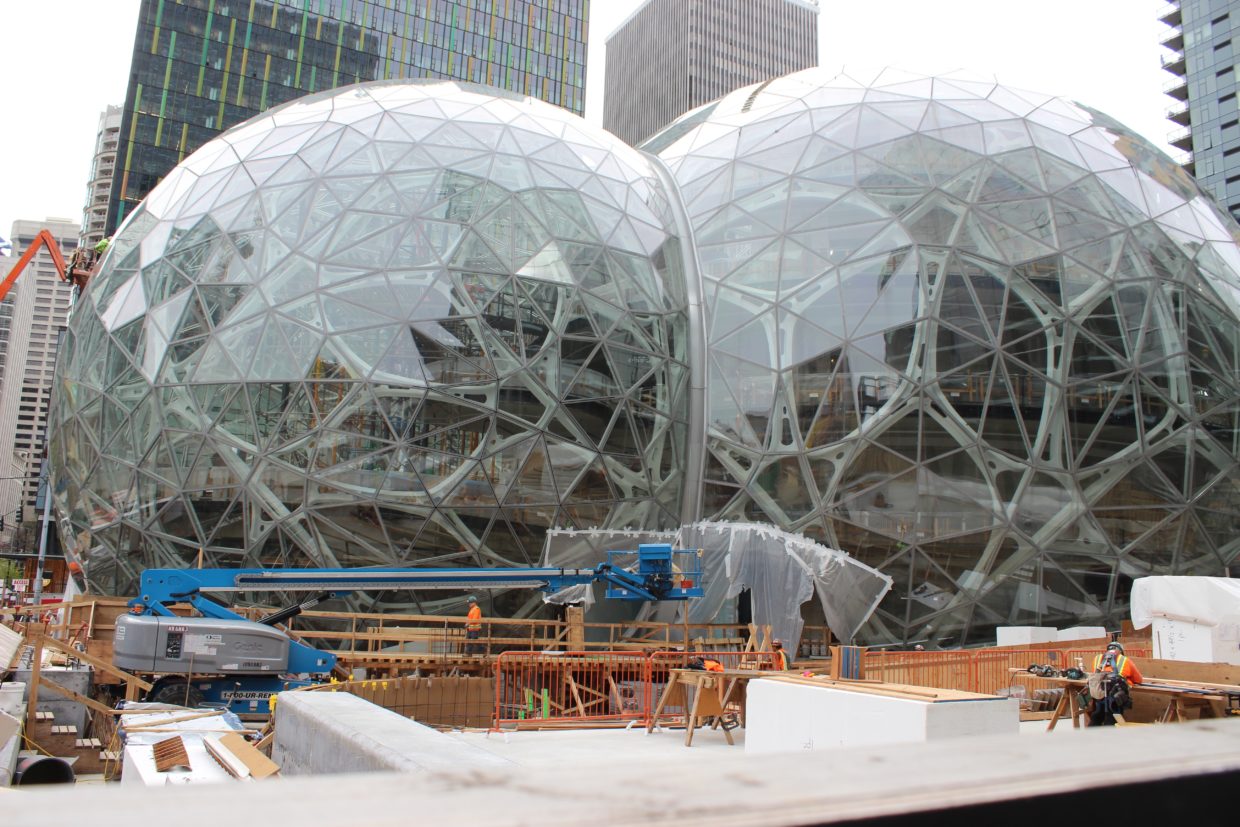