Unequal pay for equal work among men and women is a pervasive issue in the tech community.

But Zillow Group CEO Spencer Rascoff says it’s no longer an issue at his company.

In a Facebook post, and accompanying blog, Rascoff said that female employees of the Seattle real estate data powerhouse earn $1.01 for every dollar that male workers earn for comparable roles. He announced the achievement in honor of Equal Pay Day.

“We believe in creating equal career opportunities for all men and women and providing equal and fair compensation for all our employees,” Rascoff said in a Facebook post. “The more companies stand up for equal pay, the closer we get to closing the pay gap and making salary equity a reality for all.”

The tech industry’s gender pay gap is actually on the narrower side of the spectrum but men still earn more than women for equal work, according to Seattle-based compensation data company PayScale. 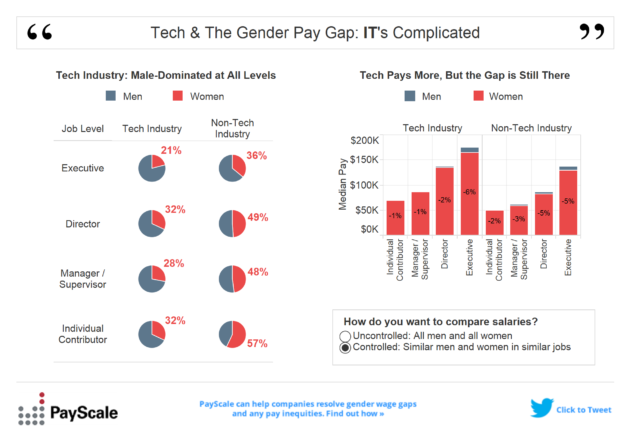 The issue has sparked a movement toward improving transparency around companies’ diversity numbers and salary data. As part of that agenda, Zillow has signed the White House Equal Pay Pledge and Glassdoor’s Equal Pay Pledge.