LAS VEGAS — Major League Soccer clubs, like many other pro sports franchises, are using data analytics and technology more than ever to help players prepare and perform at higher levels. But Landon Donovan thinks there are a few missing opportunities that teams haven’t quite cracked.

The U.S. soccer legend and current broadcaster spoke on a panel earlier this month at the Consumer Electronics Show in Las Vegas that focused on the use of data and analytics in sports. Former professional player Claudio Reyna; Zebra Technologies GM Eric Petrosinelli; and Gracenote GM Noah Fischbach joined the conversation on stage at Turner’s Sports Business Innovation event at CES.

Asked about the importance of using data to drive decision-making in sports, Donovan didn’t necessarily vouch for the use of analytics. But he was keen on outlining two ways that data and technology could help players, but haven’t quite yet.

The first was about measuring intrinsic qualities in players — the “it” factor that’s difficult to scientifically assess. The panel had previously discussed Dallas Cowboys quarterback Dak Prescott, who wasn’t drafted until the fourth round of the 2016 NFL Draft, but went on to set several rookie records this season.

How can a team figure out which players will help it win more, regardless of what the traditional stats or scouting reports say? Even if you draft a college player who scored the most goals, how can you be sure he’ll help you win games?

There are many players like Prescott — Russell Wilson, Tom Brady, Joe Montana, etc. — who weren’t pegged as superstars early on, but ended up becoming just that. Is it possible to predict this?

“There were certain guys on your team that you knew would give you a better chance to win,” Donovan explained. “If we can start to understand what that is, and what is in people like Dak Prescott that makes them successful — if we can figure that out, then we hit home run.” 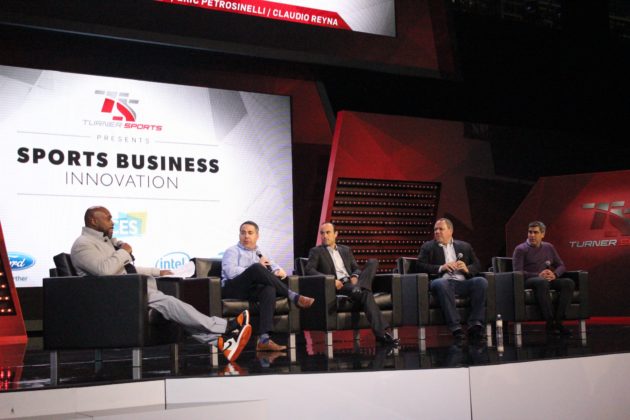 Added Donovan: “I think there is a very big opportunity there that’s still being overlooked a little bit.”

The 34-year-old, who is the all-time leader in scoring and assists for the U.S. men’s national team, also said that there is something to be done related to injury prevention. He cited a record number of season-ending injuries in the NFL during the past few years and stressed the importance of having your best players on the field.

“Everyone just says it’s unlucky — it’s not unlucky. There’s a reason for it,” said Donovan, who came out of retirement in September. “There are obviously injuries that are unavoidable; things can happen. But we’re missing a piece of it. Why does Drew Brees play every game? Why did Cal Ripken Jr. never miss a game? There is probably a genetic component. But they are doing things — there is a reason why they are able to stay on the field. We need to look into that deeper and start to understand.”

Reyna, another U.S. men’s soccer legend who now is Sporting Director for New York City FC, said that his club uses technology to help support decision-making across the board, from analyzing opponents to scouting potential new players.

“We’re looking for any extra information we can get from the data that can support us and give us that extra chance to win,” he said.

Both Fischbach, who helps manage sports data at Gracenote, and Petrosinelli, who helps develop player tracking technology at Zebra, both agreed that teams can’t just collect data — they need people who understand what the data means and can interpret the information to make better decisions.

I would like to see technology that shows the complexity and how difficult it is for players to make split-second decisions.

“If you think about the operational side of sports, these coaches need that data synthesized out for them in very meaningful ways,” Petrosinelli said.

Fischbach said that more data and analytics can be used to help fans understand the intricacies of sport and gain more appreciation for the games. We’re starting to see examples of that with companies like Intel and Amazon showing up during live broadcasts.

“It helps the fan experience and makes them smarter,” he noted. “We as an industry have to do a good job of educating.”

Reyna said that type of information can help soccer gain popularity by giving non-soccer fans more appreciation for the sport.

“I would like to see technology that shows the complexity and how difficult it is for players to make split-second decisions,” he noted.

Reyna added that using video technology to review potential goals “needs to happen.” Donovan agreed, noting that “I’m very much in favor of getting things right.”

“We work too hard in the preseason and through the year to get to a point in the season where you know you scored goal and it went over the line, but the linesman didn’t see it and there’s no technology to tell you that and you lose,” Donovan said. “That would devastate me. That affects jobs and careers and livelihoods and families. I’m in favor of getting it right, and technology can help us get it right.

“Now, if it takes four minutes every time there’s a potential goal — maybe we need to look at it,” Donovan continued. “But I think there are very easy ways, especially with headset communication between officials, to say yes or no.”