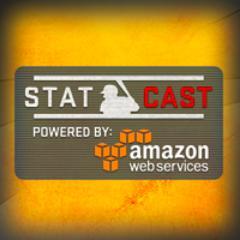 Baseball fans probably don’t think too much about cloud computing. But they are certainly being exposed to Amazon Web Services during this year’s World Series.

If you’ve been tuning into this year’s Fall Classic between the Cubs and Indians — Game 7 is tonight in Cleveland — you may have noticed some branding for AWS, Amazon’s cloud computing arm.

That’s because AWS powers the back-end of Statcast, a high-tech player tracking system used by MLB that measures every single play during a baseball game with radar equipment and HD optical cameras at each stadium. It produces new stats like pitching velocity, launch angles of home runs, acceleration of base runners, and more.

AWS helps MLB — specifically, its technology arm MLBAM that is valued at $3 billion — process and analyze all the data with tools like AWS Direct Connect and Amazon Elastic Compute Cloud (EC2). MLB has worked with AWS since 2014 for Statcast, which made its official on Opening Day of the 2015 season.

“We looked at using compute capabilities in all the stadiums,” Dirk Van Dall, MLBAM’s vice president for multimedia technology development, said in this case study. “But distributing the data efficiently and from so many locations would have involved a lot of time and investment in expensive IT resources that would sit idle for about half the year.”

Some fans are noticing:

AWS, a market leader by a wide margin for Infrastructure as a service (IaaS), may not be as well known to consumers as Amazon’s e-commerce business or its Echo device, but it is helping the company’s bottom line. AWS posted $3.2 billion in revenue last quarter, up 55 percent year-over-year, and accounted for nearly 10 percent of Amazon’s company-wide revenue of $32.7 billion. Profits from its cloud computing arm has fueled the rest of Amazon’s sprawling business and global ambitions. 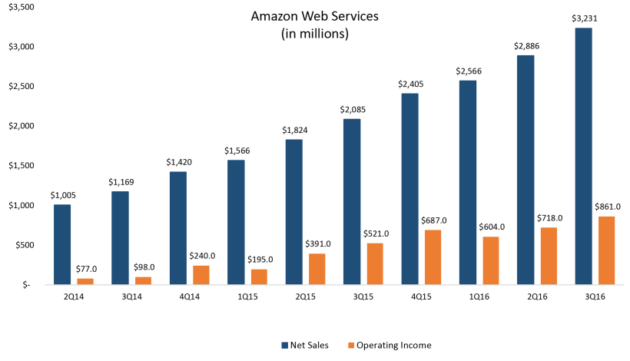 The way Amazon is weaving its way into live sports broadcasts is similar to what fellow Seattle-area tech giant Microsoft is doing with the NFL. As part of Microsoft’s 5-year, $400 million deal with the NFL it signed in 2013, players and coaches use Surface tablets on the sidelines during games, which is visible to the millions of fans watching on TV. The partnership goes beyond the Surface, too — the Xbox One, for example, is the “official game console of the NFL,” and football fans have probably seen an Xbox-related NFL advertisement or two.

If there was ever a perfect opportunity to do your Bob Uecker impression, this is it. #WorldSeries Game 3. #MajorLeague pic.twitter.com/9cKCo6bPeo

The alexa commercial keeps turning on my amazon alexa #WorldSeries