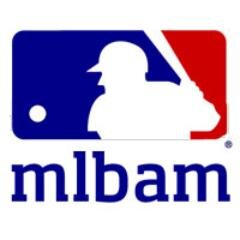 Disney announced today that it will acquire a 33 percent stake in BAMTech, the streaming video company spun out of Major League Baseball’s digital business that is valued at $3 billion.

BAMTech, which today officially was separated from MLB Advanced Media, powers the underlying streaming technologies for MLB games, but also other big-name clients like HBO NOW, the National Hockey League, the PGA TOUR, WWE Network, and Ice Network, as well as Disney-owned WatchESPN.

Disney will pay $1 billion for 33 percent in two installments and has the option to acquire majority ownership in the “coming years.”

Talks of BAMTech’s spin-out have been reported for the past year. Founded in 2000, BAMTech counts 7.5 million over-the-top customers who subscribe to its clients’ streaming products. 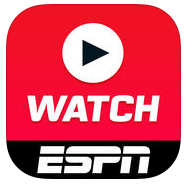 “Our investment in BAMTech gives us the technology infrastructure we need to quickly scale and monetize our streaming capabilities at ESPN and across our company,” Disney CEO and Chairman Robert Iger said in a statement.

Other similar digital acquisitions made by Disney over the past few years includes a $400 million investment in Vice, and a $500 million deal to buy Maker Studios, a YouTube-based video supplier.

“As we look at the general growth in Internet-delivered video, particularly live, we think this is a really smart investment for the company, and we think it’s smart strategically,” he said.

Disney, which owns ESPN, also said today that it will offer a direct-to-consumer streaming subscription service under ESPN’s brand. Iger said it will debut “probably by the end of the year.”

“Bringing a multi-sport service directly to fans is an exciting opportunity that capitalizes on BAMTech’s premier digital distribution platform and continues ESPN’s heritage of embracing technology to create new ways to connect fans with sports,” ESPN President John Skipper said in a statement.

Disney said that content on ESPN’s “linear networks” — accessed via cable companies — will not appear on the new streaming service.

Today, it wouldn’t make sense for ESPN to offer its entire programming lineup as an online-only package option, given the Disney-owned company’s relationship with the cable services. However, it appears ESPN is showing more and more interest in going direct-to-consumer with its valuable live content.

That’s likely due, at least in part, to ESPN’s declining subscriber base. Disney reported its third quarter earnings today and ESPN again saw declines in cable subscribers, a trend that’s been going on for the past several months and likely caused by the increasing number of cable-cutters.

One response by ESPN to subscriber losses is this new streaming service. The sports media giant has tested the waters with similar products — last year, it let people buy a live stream of the Cricket World Cup for $100. ESPN also already streams a wealth of content via the WatchESPN platform, but those feeds require cable subscription credentials.

With the new offering, ESPN wants to target customers that may no longer subscribe to cable, but are willing to pay for a la carte sports programming. However, it’s unclear what that content will look like. All we know is that it surely won’t be top events aired via cable networks — for the near future, at least.

“We view this as a complimentary service to what ESPN is already providing as part of their multi-channel package,” Iger said on today’s earnings call.

Iger also said that in the short-term, Disney does not plan on spending money to acquire content rights for the new streaming service.

“We have a lot of rights already purchased to put product on this platform,” he noted. “We will be able to launch this service without adding additional cost to purchase new rights.”

But Iger added: “Long term, there may be an opportunity to purchase additional rights for this service. The technology is so robust that it enables us to expand our sports offering.”