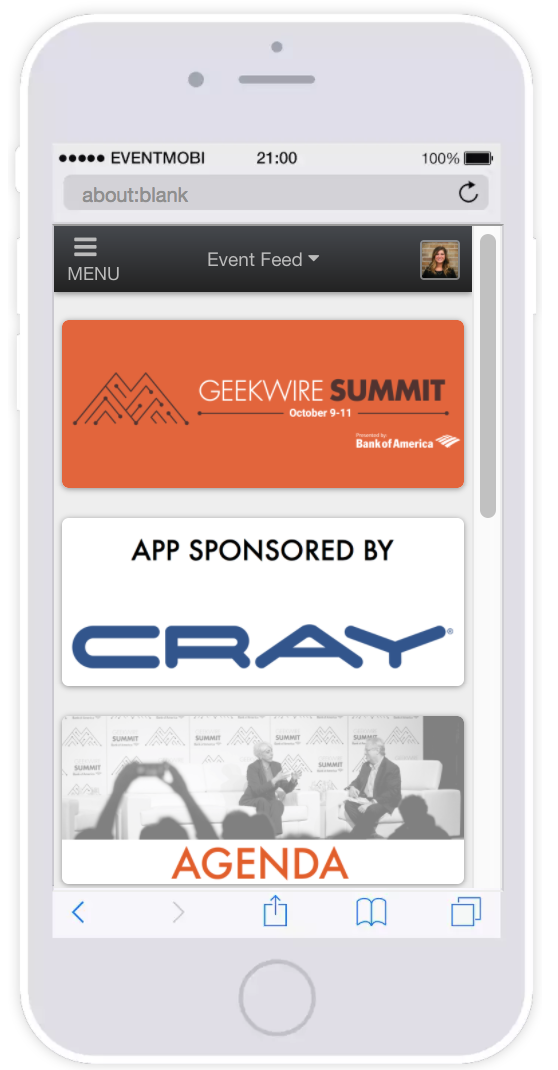 We’re less than two weeks away from the 2017 GeekWire Summit, taking place Oct. 9-11 in downtown Seattle. Hundreds of people are already registered for this one-of-a-kind event, which will feature in-depth fireside chats with top tech leaders; interactive demos; and fun parties.

To keep track of this year’s action, we’re excited to release the GeekWire Summit mobile app, featuring full agenda and speaker details; maps; live polling and much more. If you’re already registered to attend the conference, go here to download the app. It’s also available on iOS here and on Android here. A big thanks to supercomputer powerhouse Cray, which is the 2017 GeekWire Summit official app sponsor.

If you’ve not yet purchased your tickets for the Summit — featuring fireside chats with Microsoft CEO Satya Nadella; Starbucks CEO Kevin Johnson; Amazon Alexa and Echo Devices VP Toni Reid; Instacart CEO Apoorva Mehta and many others — go here to reserve your spot.

In addition to the mobile app, we’re excited today to introduce a new aspect of the GeekWire Summit. Throughout the conference, we will be featuring talks by immigrant entrepreneurs, students and business leaders in a new speaker series we’re dubbing “Immigrant’s Journey.”

These powerful stories will highlight the role that immigrants have played in accelerating the U.S. economy, and discuss the potential impacts from recent policy changes. Those slated to share their stories: Venture Kits founder Leslie Feinzaig, the grandchild of Holocaust escapees who moved to the U.S. from Costa Rica 12 years ago on a student visa from Harvard; Citlaly Ramirez, a “Dreamer” junior computer science minor at Western Washington University; and Cirkled in founder Reetu Gupta, an engineer who will share her story of growing up in India and moving to the U.S.

As part of this new initiative, we are also excited to welcome to the stage Washington State Attorney General Bob Ferguson, who led the fight against President Donald Trump’s immigration ban. We’ll catch up with Ferguson to talk about what’s next in the fight, and talk about the intersection of public policy and tech.

The full agenda for this year’s Summit is listed under the agenda tab on the event registration site here.

Don’t snooze. With this lineup, we do expect the event to sell out at more than 800 attendees.

In addition to the in-depth sessions and Immigrant’s Journey talks, we also pack the Summit with fun parties and great networking.

We will kick things off on Oct. 9th with a Welcome Party hosted at the amazing Living Computers Museum + Labs in Seattle’s Sodo neighborhood, including a VIP pre-party reception featuring Baidu president Ya-Qin Zhang. And then we’ll gather again on the evening of Oct. 10th for the spectacular Capital One Rooftop Party at Frolik.

We hope you can join us at this year’s Summit, and stay tuned for more special announcements! 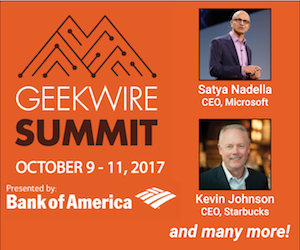