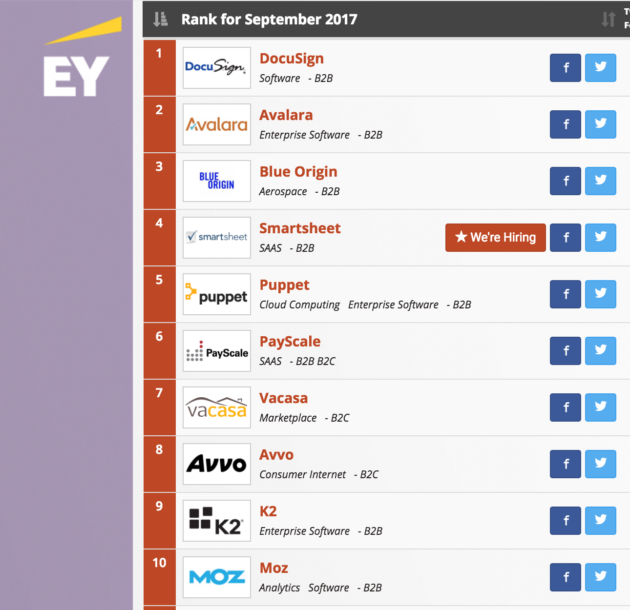 Initial public offerings worldwide this year have already exceeded the total for all of 2016, but the Pacific Northwest’s robust tech scene hasn’t played much of a role.

Former GeekWire 200 top dog Redfin is the only company in Washington to go public this year, as it began trading in late July and has seen its stock rise by more than 15 percent. In 2016, three companies in Washington went public, including two tech companies: PhaseRX and GeekWire 200 alums Impinj, and Apptio.

Greg Beams, a partner in EY’s Seattle office, told GeekWire this week he expects more Washington IPOs are coming down the pike.

“There are a number of private companies that have begun the confidential IPO filing process, with an expectation of going public either later this year or in early 2018,” Beams said. “So while we can never predict exactly when any one Washington company will go public, we do expect to see more Washington companies completing their IPOs over the next six to twelve months.”

Of the 369 companies CB Insights listed in December that had potential to go public in 2017, seven were based in Washington: Avalara, Rover, PayScale, Redfin, OfferUp, Avvo, and Inrix. Redfin is already gone, and the others all reside within the top 30 of the GeekWire 200.

Could one or more of these startups graduate from the list in the next few months, freeing up some space at the top of the list?

It was a static month at the upper reaches of the list, as not a single company in the top 20 moved up this week. Digital signature company DocuSign retained the top spot this month, followed by tax automation tech company Avalara, space exploration venture Blue Origin, work management technology company Smartsheet and software automation company Puppet.

Zipwhip, a Seattle startup that enables texting from business landline numbers, is knocking on the door of the top tier of the GeekWire 200. After landing a $22.5 million funding round earlier this month, Zipwhip rose five spots to number 37 on the list.

The fresh cash infusion came just 10 months after Zipwhip raised a $9 million Series B investment. Since then, the company has doubled its headcount to 180 employees and increased monthly recurring revenue by 60 percent.

Zipwhip’s technology enables two-way texting between businesses and customers, working across the U.S. wireless carriers. Founded in 2007, the company originally targeted consumers with plans to offer text messaging through the cloud, rather than using cellular data. But it pivoted around 2013, taking a different approach by enabling hundreds of millions of business landlines to receive and send text messages. This allowed companies to text with their customers from landline phones, VoIP services, and toll-free numbers. 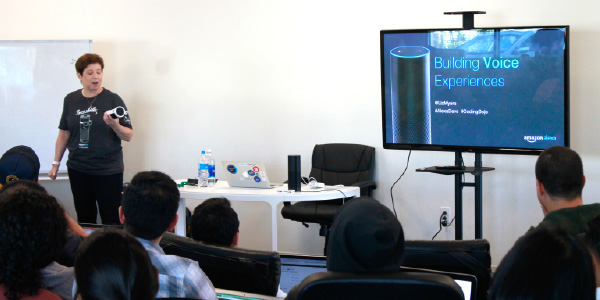 Developer bootcamp Coding Dojo has cracked the top half of the list, coming in at number 100, after moving up 14 places on the GeekWire 200. The Bellevue, Wash. coding school is in the midst of putting on 30 Amazon Alexa Skills Workshops for at least 1,500 developers by the end of the year.

Coding Dojo worked with Amazon to develop the curriculum for the workshops, which will be held at Coding Dojo’s campuses in Chicago, Dallas, Los Angeles, Seattle, Silicon Valley and Washington D.C. Coding Dojo’s website shows three workshops at its Seattle campus coming up Oct. 14, Nov. 16 and Dec. 14.

Students will learn how to build skills for Alexa, the voice-controlled assistant that powers Echo devices. They will also receive training on how to get their skills certified for publication in the Alexa Skills Store. Each workshop will last for four hours.

Here are some of the other climbers on the GeekWire 200 this month:

A trio of startups made their debut on the GeekWire 200 or returned to the list in September. They are: FanWide, Code Fellows and TableSafe.