Zipwhip is boosting its ambitions with a big new round of funding.

The fresh cash infusion comes just 10 months after Zipwhip raised a $9 million Series B investment. Since then, the company has doubled its headcount to 180 employees and increased monthly recurring revenue by 60 percent.

“The market for business texting software is literally every business,” Lauer told GeekWire this week. “It’s a huge industry that arguably we created, and it is a new industry. There’s no reason not to go after it faster and harder.”

Zipwhip’s technology enables two-way texting between businesses and customers, working across the U.S. wireless carriers. Founded in 2007, the company originally targeted consumers and set out to be the “Facebook of text messaging.” But it pivoted around 2013, taking a different approach by enabling hundreds of millions of business landlines to receive and send text messages. This allowed companies to text with their customers from landline phones, VoIP services, and toll-free numbers. 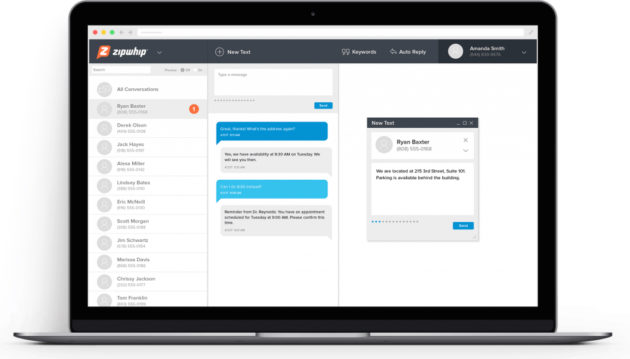 Zipwhip now has more than 6,000 clients ranging from auto dealerships to veterinarian clinics that use its technology for scenarios including customer service, appointment scheduling, and sales. Zipwhip provides the underlying platform to facilitate this two-way conversation, much like Microsoft Outlook or Gmail does for email communication. 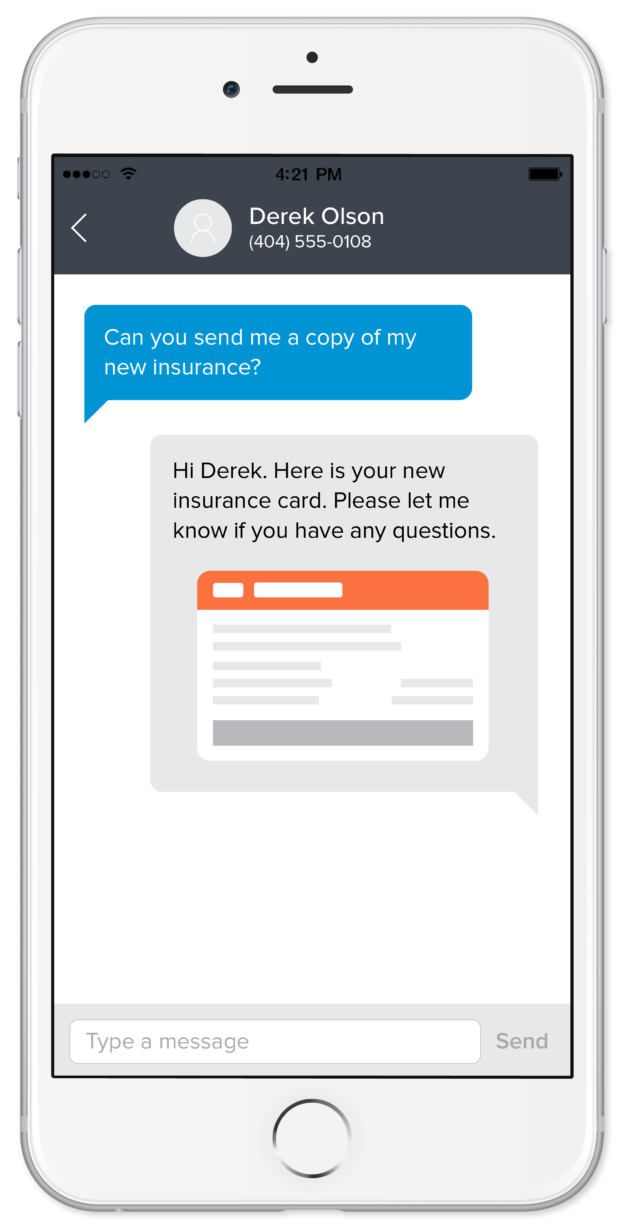 “We think texting software is as applicable as email software, which of course is then a huge market,” Lauer said.

The company’s growth is notable in part because of how many messaging apps now exist. Lauer explained that it’s difficult for most businesses to convince customers to use an app for communication. Many companies also avoid being an early adopter of new, unproven communication mediums.

Texting, meanwhile, is ubiquitous “as water and electricity,” Lauer noted. It also never requires a username or password.

“We have the privilege of getting to sell access to that medium to all the businesses,” Lauer added.

Lauer noted how texting is an “open communication medium” that enables easy participation from consumers. He also pointed to Google’s new Click-to-Message ad extension for AdWords as an example of the growing industry around business texting.

Zipwhip has competitors, but many are what Lauer referred to as “texting API companies” that require extra development on behalf of the business. Zipwhip offers a ready-to-use texting platform, in addition to an API.

“If you’re a chiropractor and you want to text with your customers, you’re not going to go hire a developer, find a texting API, and write a custom app,” he explained. “You just want software that works out of the box.”

The new investment will go toward growing Zipwhip’s sales operations, as well as building out new features. The company, which makes money off monthly subscriptions, wants to help customers better integrate texting communication into their existing CRM systems. It is also exploring more ways to provide automation that balances both human-powered aid and chatbot-like services.

“We do plan on being the company that gives the best bet bot capability in the future,” Lauer said.

Total funding to date for Zipwhip is now $41 million. The company moved into a new office in Seattle’s Sodo neighborhood in March; it expects to hire another 40 employees by 2018.

“There is huge excitement here because of the funding round; everybody knows the opportunity sitting in front of us,” Lauer said. “Everybody is on cloud nine here.”

Scott Maxwell, managing partner at OpenView, will join Zipwhip’s board as a result of the funding.

“It’s clear that communication today is centered around messaging, but for too long businesses have been behind on delivering an easy and intuitive way for their customers to get in touch,” Maxwell said in a statement. “Zipwhip provides the answer through its game-changing software and platform.”