Trending: Microsoft pledges to be ‘carbon negative’ by 2030, launches $1B Climate Innovation Fund
Sponsored by

The automaker was criticized at last year’s CES for showing off their FFZERO1 concept car, which turned out to be more style than substance. This year’s unveiling of the FF 91 was different, in that they attempted to show of a real vehicle that consumers will be able to order soon.

Filled with more hyperbole and superlatives than a car show and tech conference combined, Faraday Future promises the fastest acceleration for a production automobile at 0-60mph in 2.39s with a whopping 1050hp. They also laid claim to the most advanced battery technology in the industry, and boldly claimed they would disrupt all aspects of the car industry.

Faraday Future even dared to put themselves on a roadmap of “historical steps in technology,” equating their electric vehicle to the creation of the electric motor by Michael Faraday, alternating current by Nikola Tesla and even the internet by Tim Berners-Lee. 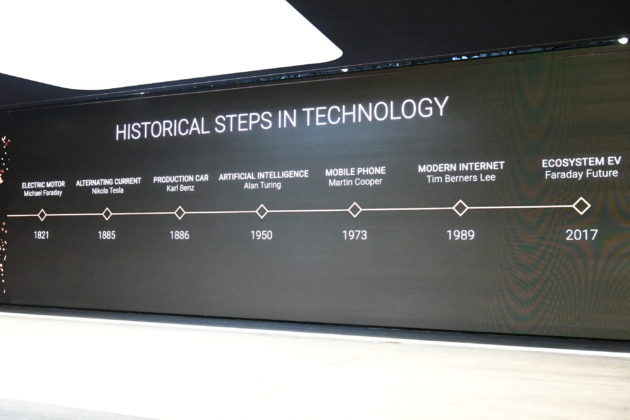 The company demonstrated a self-parking capability in the lot outside, showing the car searching the aisles for an empty space and then backing in to it.

The evening’s highlight was an indoor acceleration drag race between a Bentley, Ferrari, two Teslas and the FF 91. 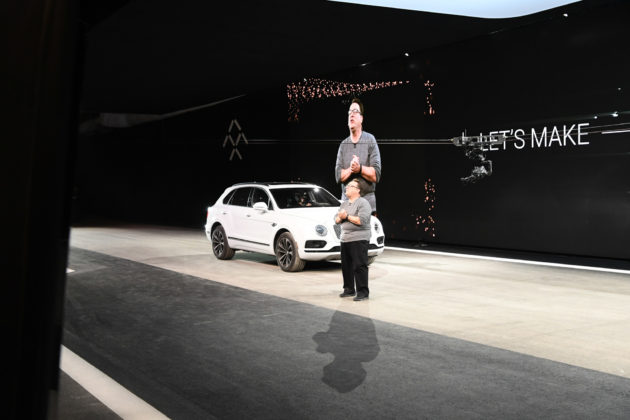 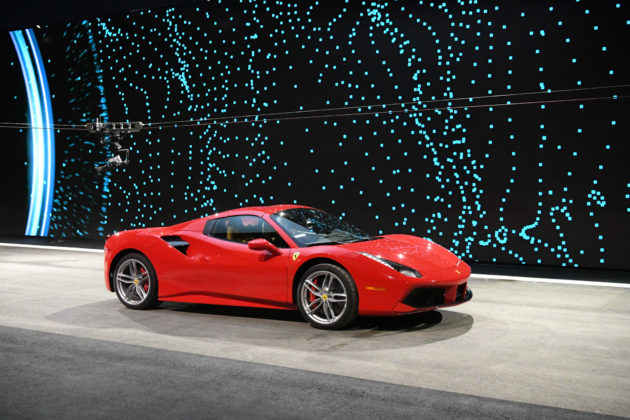 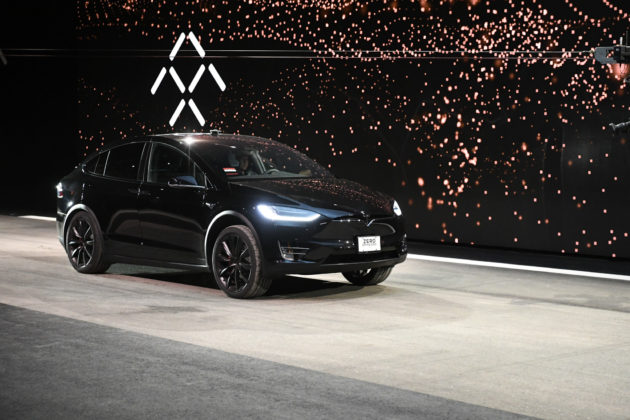 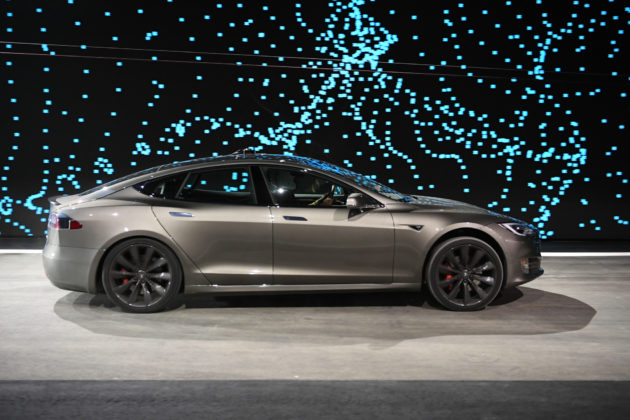 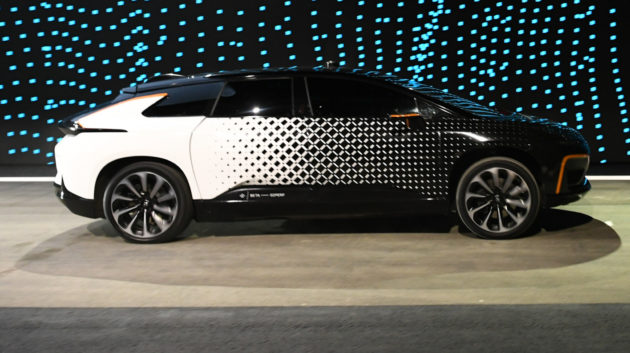 Faraday Future has been the center of much recent controversy with prominent executive departures in the past weeks and rumors that the company’s funds are nearly depleted.

Nick Sampson, the company’s senior VP of R&D, boldly claimed that the naysayers were wrong and that the company “will persist” and is out to “reformat the auto industry.”

Given the scope and grandeur of tonight’s demonstration, along with their campaign to start taking $5000 deposits for the FF 91, I’m guessing that this unveiling was a PR strategy to drum up much needed consumer interest and funds to keep the company’s vision afloat. 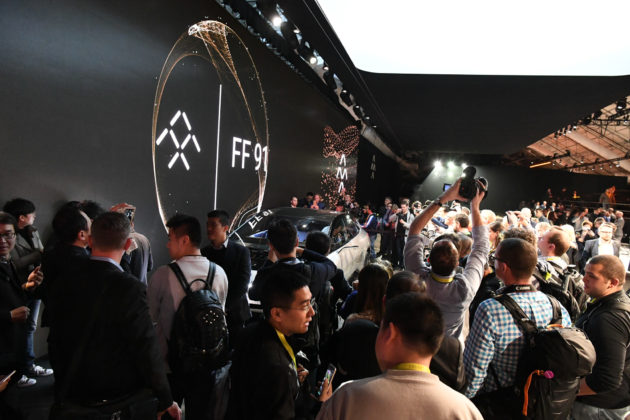 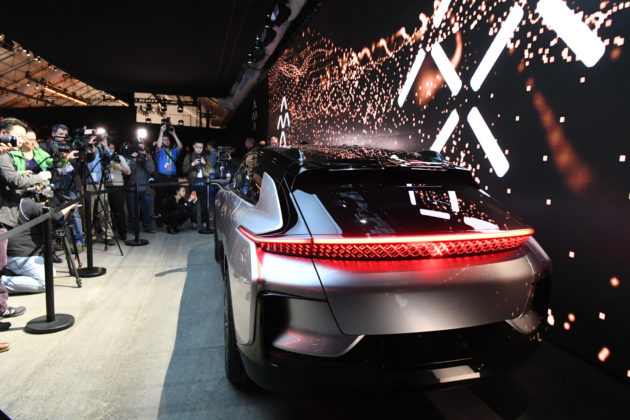 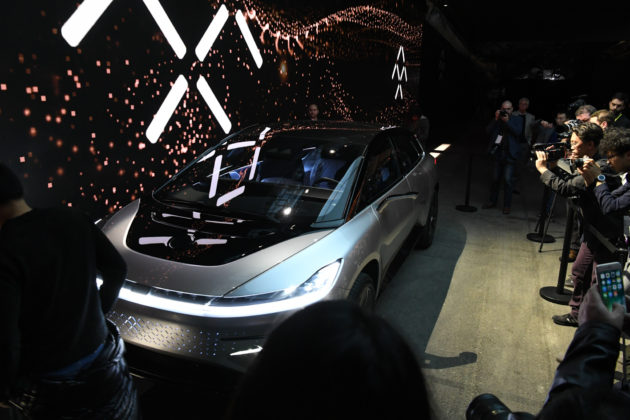