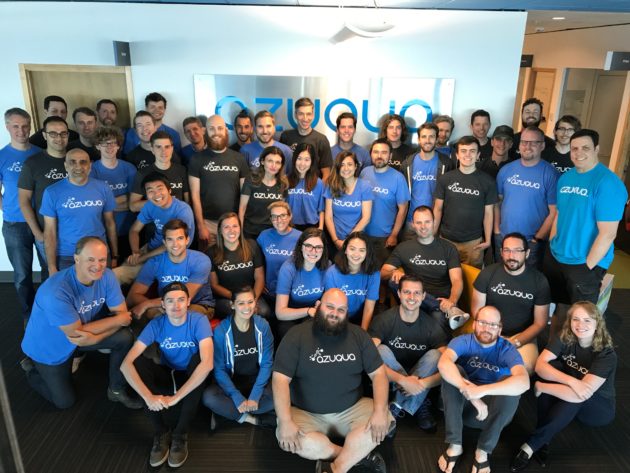 We’re at the point where a lot companies need a cloud service to manage all their cloud services, and Seattle’s Azuqua has raised $10.8 million in new funding to build out its product and expand its team.

The Series B round was led by Insight Venture Partners, with participation from new investor DFJ and previous investor Ignition Partners. That brings the total amount of money raised by the company so far to $16.3 million, building on the $5 million Series A round it raised in 2014 and an older seed round.

As companies add more and more cloud services to their internal business processes, valuable data can get stuck inside apps used by one department that don’t talk to other apps used in another department. For example, if valuable customer data is being generated inside your Salesforce application that doesn’t get shared with your Zendesk account, you could be making it harder for your company to capitalize on upselling opportunities or provide a quality support experience.

“SaaS (software-as-a-service) applications are great; they solve problems, are easy to deploy, but they are a step backwards in terms of their ability to integrate,” said Nikhil Hasija, CEO of the 45-person startup.

The flagship product can also serve as a monitoring service for your various cloud apps, generating reports on app performance and sending notifications between apps based on custom triggers. Customers can use templates built by Azuqua to manage these workflows or they can design them themselves, in a fashion similar to Bellevue’s K2, without having to fetch developers to build something for you.

Founded in 2013 by former Microsoft employees Hasija and Craig Unger, Azuqua has landed several high-profile customers since it began selling the product in earnest last year and has learned a lot from those customers, Hasija said. It is now adding features for complex corporate environments like the ones at customers like General Electric and Dun & Bradstreet, after taking a few years to build the basic product.

With the new funding, Azuqua plans to hire several more employees in engineering, sales, and marketing inside its offices just north of Pike Place Market along the Seattle waterfront, Hasija said. It’s also looking at setting up shop in the Bay Area, and might consider international expansion over the next year or so.